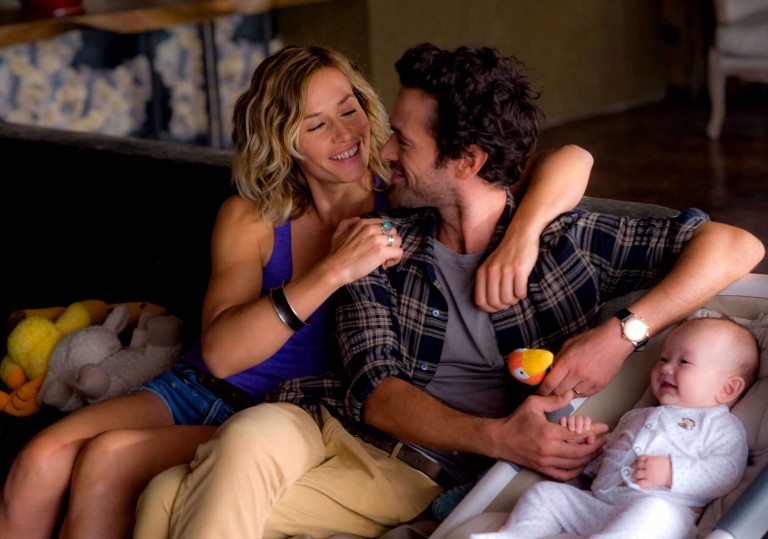 The pieces of the puzzle are delightful actors. Let’s play...

Romain Duris’ smile and lots of haring about is what we remember.

Cédric Klapisch knows how to gather a corking cast: Romain Duris, go-to-Gallic-guy for characters both amiable and dashing; Audrey Tautou, who will always be dusted with Amélie’s pixie dust; the patriotically named Cécile De France, a former Dardenne brothers’ leading lady; and to keep things transatlantic, Kelly Reilly, whose searing performance as the suicidal daughter of a priest in Calvary is still fresh in our minds.

Together this ensemble, who are individually comfortable both dramatically and comedically, work like a well-oiled and likeable machine that also happens to be damn sexy. Casting is where Klapisch played his ace when this trilogy began in 2002 with L’Auberge Espagnole.

New York is the key location this third and final time in the globe-trotting mini franchise. Barcelona was the setting in L’Auberge Espagnole while St Petersburg and Moscow loomed large in Russian Dolls. For anyone wondering why the final title hasn’t more in common with An American Tail, think Chinatown (The New York district, not the Polanski noir) Xavier (Duris) hops over the pond from Paris to be close to his kid who has been taken by his ex-wife Wendy (Reilly) who is living with her American beau, John. John’s bulk and height is played off against a candid reveal of Duris’ pint size for one of the most straightforward laughs of what turns out to be an exhausting ride.

As luck would have it, Xavier’s oldest, closest pal Isabelle (De France) has also moved to the big apple to cohabit with her half-Chinese, half-American lover. This means he has her to lean on in addition to the Skype presence of ex-wife I, Martine (Tautou) as he attempts to secure work, a residence and parental rights with nowt but an alien status to his New York name.

It’s a serious situation but, despite sharing one of its stars, Klapisch isn’t interested in going all Dirty Pretty Things on us. His concerns are in cranking humour our of absurd capers and pointing out as frequently as possible that New York is home to many cultures and each makes a distinct life out of their patch of city. Unfortunately his observations about the conflict and bustle of the metropolis are not particularly revelatory. A yellow cab driver gets involved in a bust-up, a religious family presume that Xavier is married.

Licentiousness for characters who are reflective on remaining unsettled in their forties is a source of narrative glee and delight. But camera and characters rarely savour their encounters making them feel like rushed notes on Klapisch’s liberal leanings. A stand-out scene shows Martine, Audrey Tautou and indeed the sexual confidence of older women in an invigorating light.

Moments like these are a rarity amid, the bustle, noise, hi-jinx, coincidences, hare-brained schemes and still more capers than clamour throughout the run-time. Entire sub-plots and characters could have been sacrificed and still this good-natured, perma-cranked-up-to-11 rom-com would have been too noisy for some.

The pieces of the puzzle are delightful actors. Let’s play...

Romain Duris’ smile and lots of haring about is what we remember. 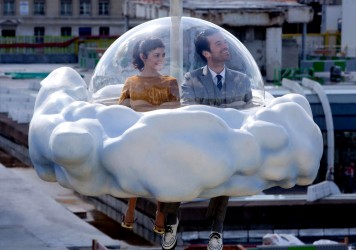