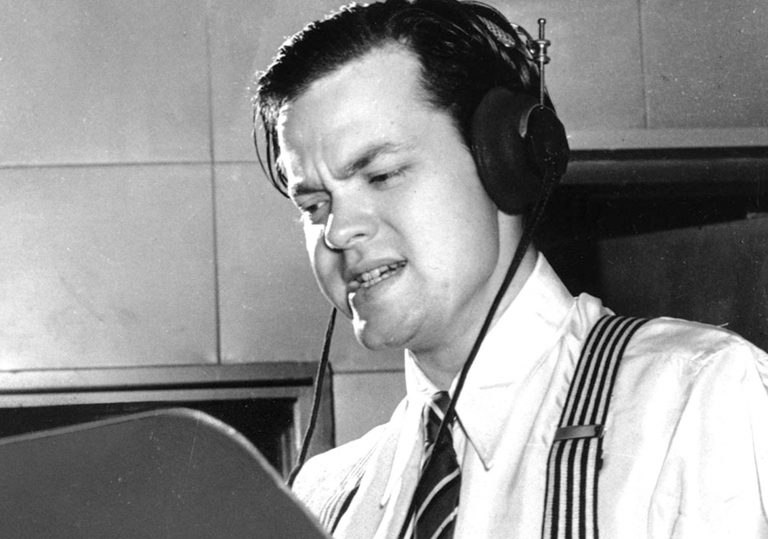 We hear this Welles fellow is rather good?

If you need 40 elderly males to confirm the above, them this is the film for you.

There is a certain amount of slack you can cut a fawning hagiography of Orson Welles, because the overwhelming and certainly credible evidence is that he was a pretty awesome fellow. Directed by a man called Chuck Workman (and it’s a film which really lives up to that name), Magician: The Astonishing Life and Work of Orson Welles couldn’t be more nuts and bolts if ram-raided B&Q in a monster truck. A prestige, linear retelling of the actor-director-raconteur-gourmand’s life which he would have – if his on-screen persona is to be believed – obviously despised for its drab conventionality, the film is a standard mix of gushing archive interviews and snippets from his movies, many of which were never completed during his lifetime.

The tragic arc sees Welles directing Citizen Kane at the age of 22, scoring a modest success at the time of release, and then never being trusted with another picture again. Workman explores the bitter irony of an industry which held him up as a pudgy posterboy for cinematic innovation and the reality of Hollywood filmmaking as a high artform, and yet financially blackballing him from being a paid-up member of the club. Much of his late life was spent scrabbling for money wherever he could find it, daisy-chaining between talkshows, comedy roasts and backslapping drink-ups, and then heading back to Europe to make highly idiosyncratic art movies which, with the gift of hindsight, were as revolutionary and brilliant as those hallowed early works.

As with most commentary on Welles, Workman rolls out the old regulars – Henry Jaglom, Peter Bogdanovich, biographer Joseph McBride – and a few superfans – Martin Scorsese, Richard Linklater – and awkwardly fits the pieces together. Many of the interviews in the film are not even new – the documentary equivalent of dredging up old stock footage. Newly filmed sequences, such as the Todd Theatre in Woodstock, Illinois, alleged to be the first boards the actor ever trod, look rushed an amateurish, and one later piece of footage at the Munich Film Archive looks like it was shot on an antiquated camera phone from a moving racing car.

If you know absolutely nothing about Orson Welles, you’d probably do better to watch his existing movies, in order, and then once you’re done with that, just watch them all again. And besides, Welles capped his career of with the best and most honest autobiography one could ever ask for: it’s a film called F for Fake.

We hear this Welles fellow is rather good?

If you need 40 elderly males to confirm the above, them this is the film for you.