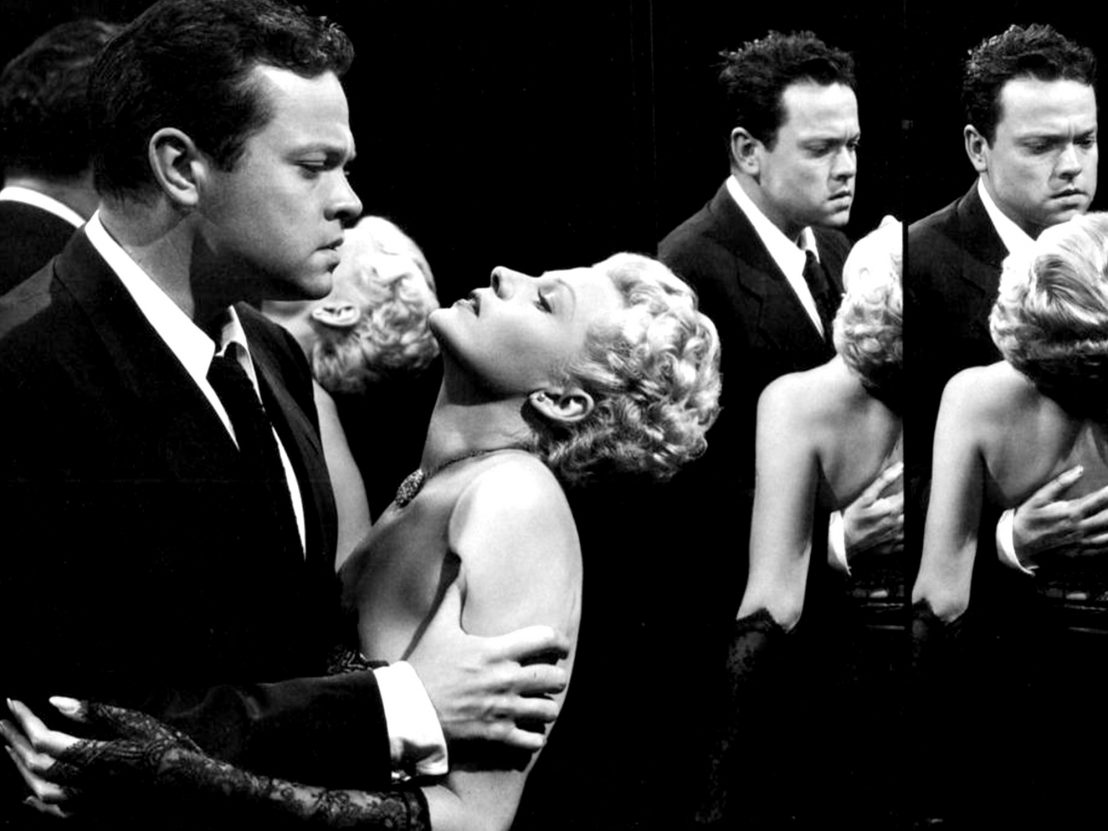 No artform or genre was ever the same after Orson Welles had taken it on. Be it radio plays, theatre, documentary or Hollywood itself, Welles approached every project with roguish disregard for convention and a genius’ eye for radical innovation, that would tear up and rewrite the rulebook for generations to come.

Seventy years ago, he brought his unique brand to film noir, and the result was The Lady from Shanghai, a stylish, restless work as messy as it is inspirationally offbeat, and that bore many of its director’s most idiosyncratic hallmarks. Although ‘noir’ was a generic label only retrospectively assigned to certain films by critics, there was still an awareness at the time of a certain kind of crime film that were characterised by certain tropes – a morally compromised male lead, women as deceitful as they are alluring who can only mean trouble, and twisty convoluted plots that spiral further and further into a murky urban heart of darkness.

These are among the tropes that Welles cheekily plays with and subverts in The Lady from Shanghai. What’s striking from the very first moments is how uncharacteristic the film’s voiceover is. For one thing, Welles – who, as well as directing, stars as the sailor hero Michael O’Hara – adopts an unconvincing Irish accent. Noirs often have first-person narrations, but Welles’ accent lends a degree of ridiculousness to it, especially when compared with the gruffer, deeper voices of leading men like Humphrey Bogart, Robert Mitchum and Sterling Hayden.

It’s not just that the voiceover sounds oddly comic – Michael’s tone and manner is also unusually droll and jovial, as he recalls his story with an air of amusement at his own folly. “When I start out to make a fool of myself,” the voiceover first reads, “there’s very little can stop me.” Indeed, throughout the rest of the film he continues to interject the action with castigations of his own foolishness.

Most of that foolishness involves falling for the usual traps set for noir heroes. After meeting Rita Hayworth’s femme fatale, Elsa Bannister, he admits, “from that moment on, I did not use my head very much, except to be thinking of her.” Indeed, his lust drives him to unadvisedly accompany her and her husband Arthur (Everett Sloane) on a cruise to Mexico. He further slides down the slippery slope when he agrees to go along with a criminal scheme involving faking the death of Arthur’s grotesque business partner Grisby (Glenn Anders) – a decision that irreversibly draws him into the company of people he had earlier disgustedly compared unfavourably to a pack of bloodthirsty cannibalistic sharks.

All this is pretty standard for film noir, but what distinguishes The Lady from Shanghai is its faint ironic detachment, and the subversive sense that everything is just a bit off. There is a conventional orchestral score, but it is juxtaposed with percussive Latin music and Chinese opera. Grisby is villainous, but in an unhinged, grotesque, even comic way. There is a courtroom set piece when Michael is put on trial having been set up by the others, but it’s a total farce. Welles sends up the idea of lawful justice by having Arthur act as both lawyer for the defence and witness, at one point even cross-examining himself, while the jurors laugh, sneeze and bumble their way towards a misguided verdict.

Even the famously unfollowable plot is itself something of a wry joke. Mimicking the kind of labyrinthine narratives of noirs like The Big Sleep and Out of the Past, the story swerves between one double-crossing and surprise twist to the next, made all the more disorienting by the constant changing of location from New York, to Mexico, and ultimately to San Francisco. When the loose-ends are all tied up via an explanatory voiceover from Michael near the end, Welles pokes fun at its unintelligibility by simultaneously having his character stumble around the bizarro architecture of a funhouse, literally tumbling down a slide the moment he reveals how he was ‘the fall guy’.

At the bottom of that slide is the mirror maze where the film’s celebrated (although, sadly, like much the rest of the film, brutally cut) climactic final scene takes place. It’s an astonishing spectacle, an expressionistic shoot-out where the shooters must distinguish between their target and dozens of their reflections, while also functioning as a thrilling visual metaphor for the way the noir hero attempts to co-ordinate himself in a world gone askew. A fittingly discombobulating end to this most discombobulating of films, Welles had, as ever, made a film noir like no other.