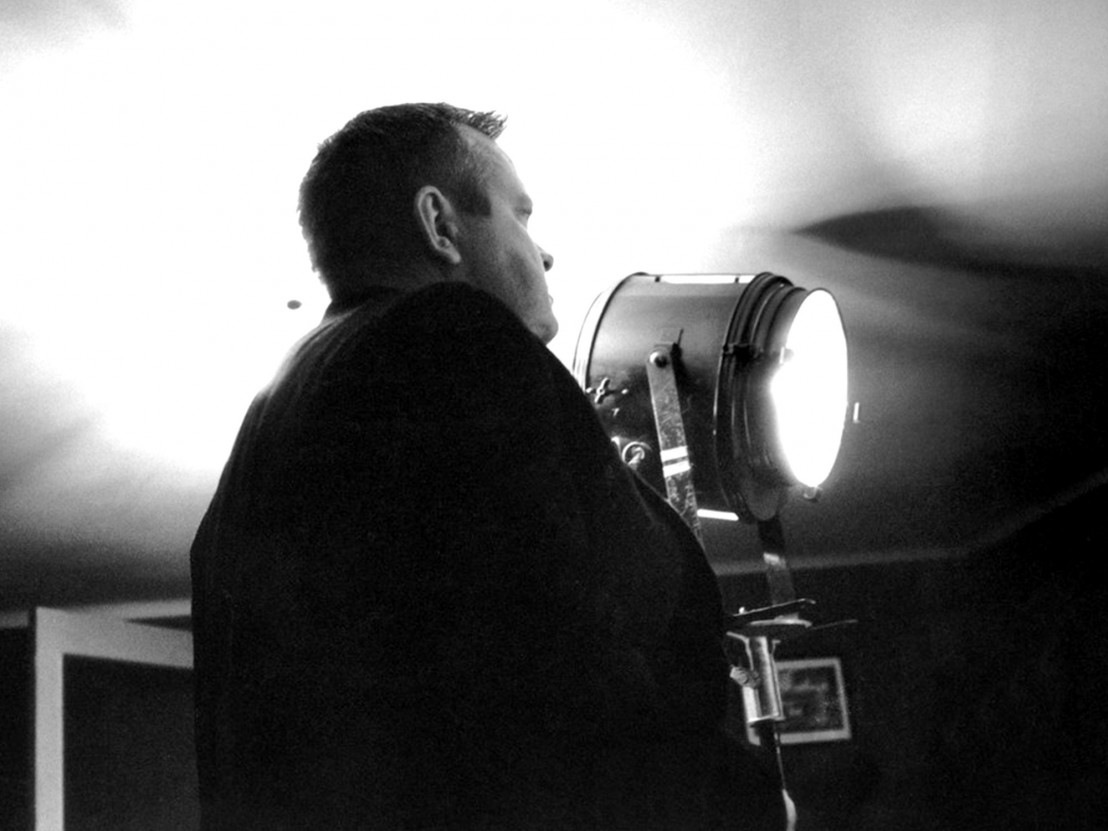 “Finally, from so little sleeping and so much reading, his brain dried up and he went completely out of his mind.” So begins the story of Don Quixote, a mad old man who thinks he is a knight. He sees the world through a lens of quests and chivalry: prostitutes are virgins, inns are castles and the fat, dull-witted Sancho is his trusty squire. The homemade knight sets out on a bony old nag for great deeds and eternal glory. Ever since, the word ‘quixotic’ has been used to describe idealism that borders on delusion – perhaps exemplified by lowering one’s lance and charging at windmills one has mistaken for giants.

Quixotic could have been used to describe Orson Welles in his later years. His fall from grace was steep. Exiled in Europe, his once smooth, boyish face now heavy with jowls and a silvery beard, he looked every bit the destitute king. Spurned by Hollywood and harassed by the FBI for being an alleged communist sympathiser, he spent his final decades drifting, doing commercials and dining out on his stories, never giving up hope that he might scrape together enough money to match his ideas.

By age 25, Welles had already produced, written, directed and starred in Citizen Kane. In many ways, his career peaked here. Welles could be charming, but more often he was unerringly idealistic when it came to his work. He soon fell foul of the film studios and never again had the same level of creative control. His story is littered with what-ifs and dusty cans of film footage from abandoned projects. But one film stands out: his doomed adaptation of Don Quixote. Welles could never shake the idea that the rise and fall of press baron Charles Foster Kane mirrored his own downfall. His Don Quixote, too, would have echoed various aspects of his life. It is perhaps fitting he never finished it.

Like so many Welles’ legends, this one begins with him being booted out of an editing suite. It was 1957 and he had just lost final cut of Touch of Evil, so he decided to travel to Mexico. There, with $25,000 from his friend Frank Sinatra, he set to work on Don Quixote. Things started well enough. He found his cast and soon settled on the conceit of having Quixote and Sancho Panza transplanted into the present day. Instead of charging windmills, Quixote was bewitched by a film projection. He sits transfixed in the cinema as Sancho, in a flash of trademark Welles whimsy, is shown what to do with a lollipop by a child. When a battle begins on the screen, Quixote springs to his feet and draws his sword, cutting it to ribbons. It’s a metaphor for both the power of cinema and the film’s production: having run out of money, Welles was forced to leave Don Quixote unfinished.

That was just the start of his frustrations. Over the next three decades, Welles continued shooting in Mexico, Spain and Italy, never quite getting it right. Time passed, and his stars faded. Francisco Reiguera (Quixote) and Akim Tamiroff (Sancho) died, and the project’s child star grew up before Welles had all the footage he needed. And then, in 1985, Welles went too. Right up to his death he spoke about Don Quixote, with the pathos of an old man in a new world: “What interests me is the idea of these dated virtues and why they seem to speak to us, when by all logic they are so hopelessly irrelevant.” In the end he left 300,000 feet of footage strewn across the globe.

The unfinished film was a mess for a dozen reasons. Welles didn’t use a script, but instead asked his actors to inhabit their characters and then improvise on the fly. It was shot without sound, as the director intended to add all that later himself. And every time he revisited the project he brought new ideas, meaning everything from before was tossed aside. When he died, Welles’ beneficiaries squabbled and jealously hoarded their piles of footage they had inherited.

Nonetheless, in 1992 director Jesús Franco cobbled together the execrable Don Quijote de Orson Welles. This was exactly what Welles had feared: someone taking his footage and moulding it to their own vision. Franco’s tribute may have been produced with the best intentions, but the point is that Welles’ was a showman and a perfectionist who demanded full autonomy when it came to editing. To him, it was what the art of filmmaking was really about:

“Directing… is not an art, or at most an art for a minute a day. This minute is terribly crucial, but it happens only very rarely. The only moment where one can exercise any control over a film is in the editing… For me, the strip of celluloid is put together like a musical score, and this execution is determined by the editing; just like a conductor interprets a piece of music in rubato, another will play it in a very dry and academic manner and a third will be very romantic, and so on. The images themselves are not sufficient: they are very important, but are only images.”