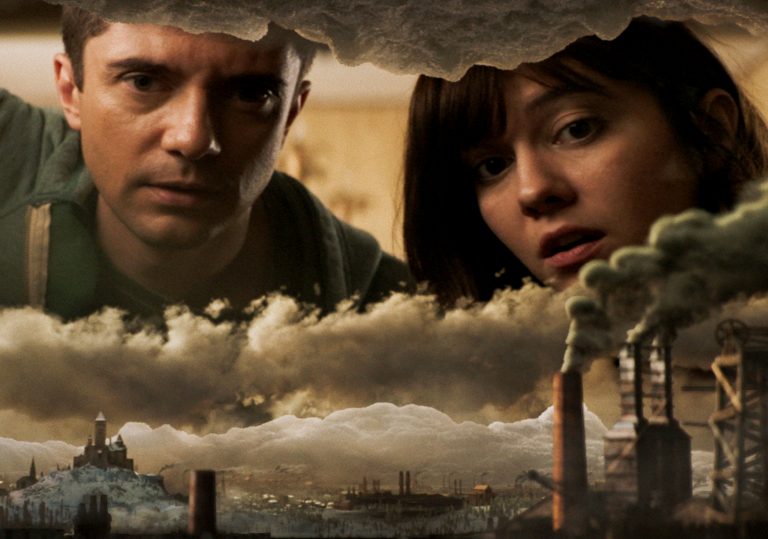 It’s an anthology – some of it has to be good, right?

Less of this is good than one might hope.

By the final short, you’ve already forgotten which ones were good.

From the algorithmic favour generated by the popularity of Black Mirror comes Netflix’s newest anthology showpiece, likewise situated at the intersection of technology and imagination. Under the auspices of executive producers Tim Miller (of Deadpool notoriety) and David Fincher (who is David Fincher), 18 different animation teams convened for a collection of shorts pertaining in one way or another to automatons, cyborgs, or androids.

The wide variance in visual styles, thematic concerns, and baseline competence makes the Love, Death & Robots difficult to assess as a whole. But even when considered in aggregate, the common throughlines that emerge do not flatter the enterprise. Most glaring among them: the many, many anime tits. Several segments have been transparently conceived as flimsy excuses for digital artists to ponder the mechanics of jiggling and proper cel-shading technique for nipples.

So numerous and prominently featured are the cartoon breasts – one part sends a sex worker scrambling nude for her life through a futuristic bordello, another renders a sapphic hookup with the sweaty leer of a peeping tom, a third visualises the pendulous prow of an anthropomorphised fox-babe – that one questions the utility of platforming the series on a machine already capable of googling up two-dimensional mammaries with a few keystrokes.

An emphasis on hollow technical accomplishment at the expense of story unites the remainder of the selections, which move through their beats with the mechanical lifelessness of, well, a robot. ‘Sonnie’s Edge’ exists for the sake of its centrepiece spectacle, a dogfight between telepathically controlled behemoths that forgets to first convince the audience to give a damn about the outcome.

‘Sucker of Souls’ and ‘Lucky 13’ also do little beyond providing a vessel for an intricate bit of show-offery that an emerging director can use as their calling card; short-form cinema, streamlined into a sizzle reel.

The segments not preoccupied with proving their own badassery have a better go of their brief time slots, capitalising on the elasticity of the project’s loose premise. The rules (of which there appear to be none, really; ‘Sucker of Souls’ and the exponentially more intriguing ‘Ice Age’ don’t even have any circuitry-based entities) can allow for an infomercial for a service simulating the outcome of alternate timelines, or a wryly funny tour through the wreckage of civilisation.

“You’ve seen one post-apocalyptic city, you’ve seen ’em all,” goes the musing of one cybernetic vacationer, in an unwitting indictment of approximately twelve of the other episodes. ‘Suits’ forges a truly novel farmland-of-the-future aesthetic, ‘Fish Night’ uses rotoscoping to synthesise an ocean of neon ghosts, and ‘The Dump’ looks like a Pixar’s Up mired in cozy garbage.

Still, that leaves plenty of others to dissolve into a homogeneous soup of slickness and gratuitous violence. The self-contained arms race of photorealism raging between ‘Helping Hand’, ‘Lucky 13’, and others lays bare that the fact some crews simple had access to superior equipment. This contrast doesn’t make the sharper footage look any better, it only makes the rest look primitive.

The general lack of sophistication cues up all manner of cute, situationally appropriate wordplay: they’ve got problems with faulty wiring, bugs to work out, glitches in the code. The real issue cuts deeper than that, though, to the same barrier that modern robotics strives in vain to overcome even today.

However advanced our technology, it means nothing without compassion to guide its use. To quote a truly great work about the hazards of robotics, “There can be no understanding between the hand and the brain unless the heart acts as mediator.”

It’s an anthology – some of it has to be good, right?

Less of this is good than one might hope.

By the final short, you’ve already forgotten which ones were good. 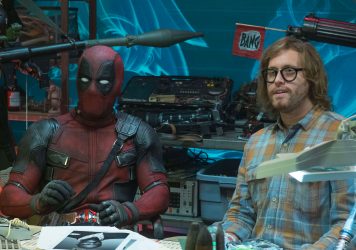