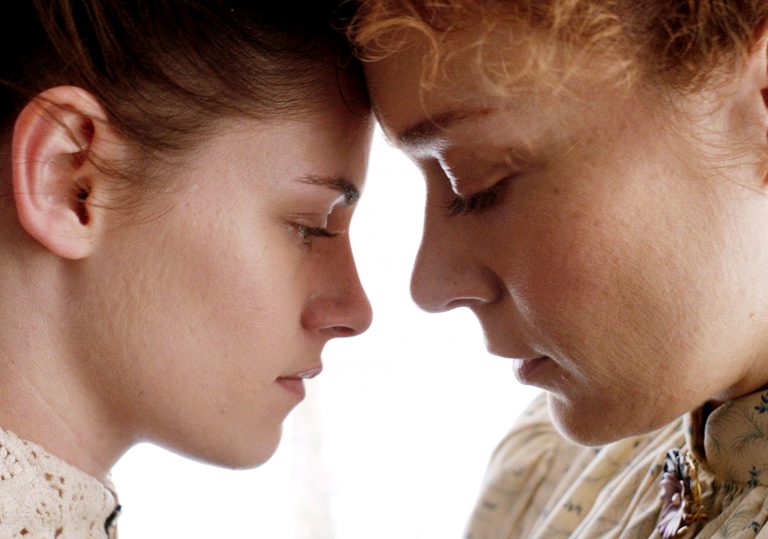 As true crime stories go, they don’t come more notorious than this.

A tabloid retelling with a pair of knock-out central performances.

Tackles complex moral themes with all the subtlety of a blunt axe.

The grisly case of the Borden Murders is exhumed in this well-acted but heavy-handed drama.

‘Lizzie Borden took an axe / And gave her mother 40 whacks / When she saw what she had done / She gave her father 41.’ This old jumprope rhyme has reverberated around parks, schoolyards and residential streets for more than a century, adding to the grisly legend of one of the most infamous crimes in US history.

But the rhyme misses out one important detail: officially the double homicide of Andrew and Abby Borden on 4 August, 1892 remains unsolved. An all-male jury acquitted Lizzie, the main suspect in the case, of killing her father and stepmother on the grounds that a woman of her social standing could never commit such a heinous and violent act. In the eyes of the law, Lizzie was innocent.

Speculation lingers about Lizzie’s upbringing and mental wellbeing; the nature of her relationship both with the victims and the family’s Irish maid Bridget “Maggie” Sullivan; the possible motivations and circumstances surrounding the crime; and the subsequent trial and its aftermath. 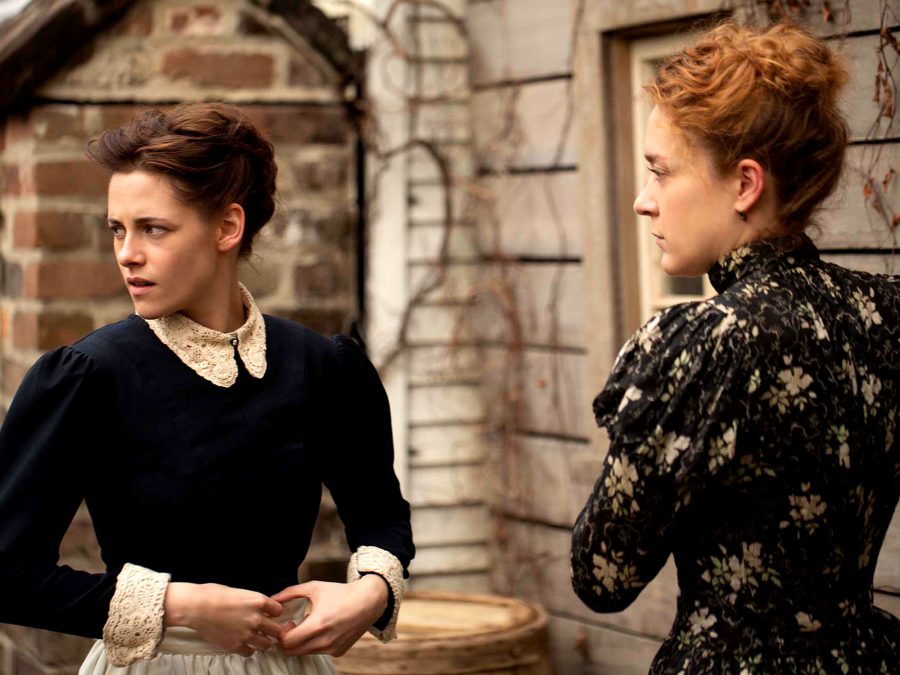 Ambiguity, then, is key to understanding the enduring public fascination with the Borden Murders, yet this has apparently passed director Craig William Macneill and screenwriter Bryce Kass by – their Lizzie is a full-bore psychosexual thriller replete with scenes of incest, domestic abuse, extortion, a lesbian tryst, and full-frontal female nudity.

Chloë Sevigny shows great range and restraint in the title role, portraying Lizzie as a strong-willed yet repressed young woman lured into the darkness by thoughts of exacting revenge and the promise of a handsome inheritance. She’s matched by Kristen Stewart, who brings a nervous energy to the character of Maggie while subtly imbuing proceedings with a rich emotional depth.

Their performances are the saving grace of a film which, while certainly not lacking in dramatic heft, seems more preoccupied with sexing up the scandal than getting to grips with those at the centre of it.

As true crime stories go, they don’t come more notorious than this.

A tabloid retelling with a pair of knock-out central performances.

Tackles complex moral themes with all the subtlety of a blunt axe. 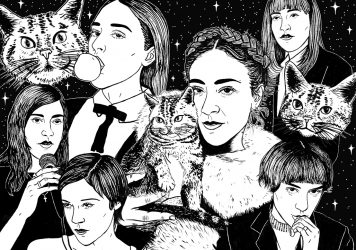 Chloë Sevigny: ‘Movies just aren’t as bold as they were in the ’90s’

The actress and fashion icon reflects on her early career and discusses stepping behind the camera for her debut short, Kitty.