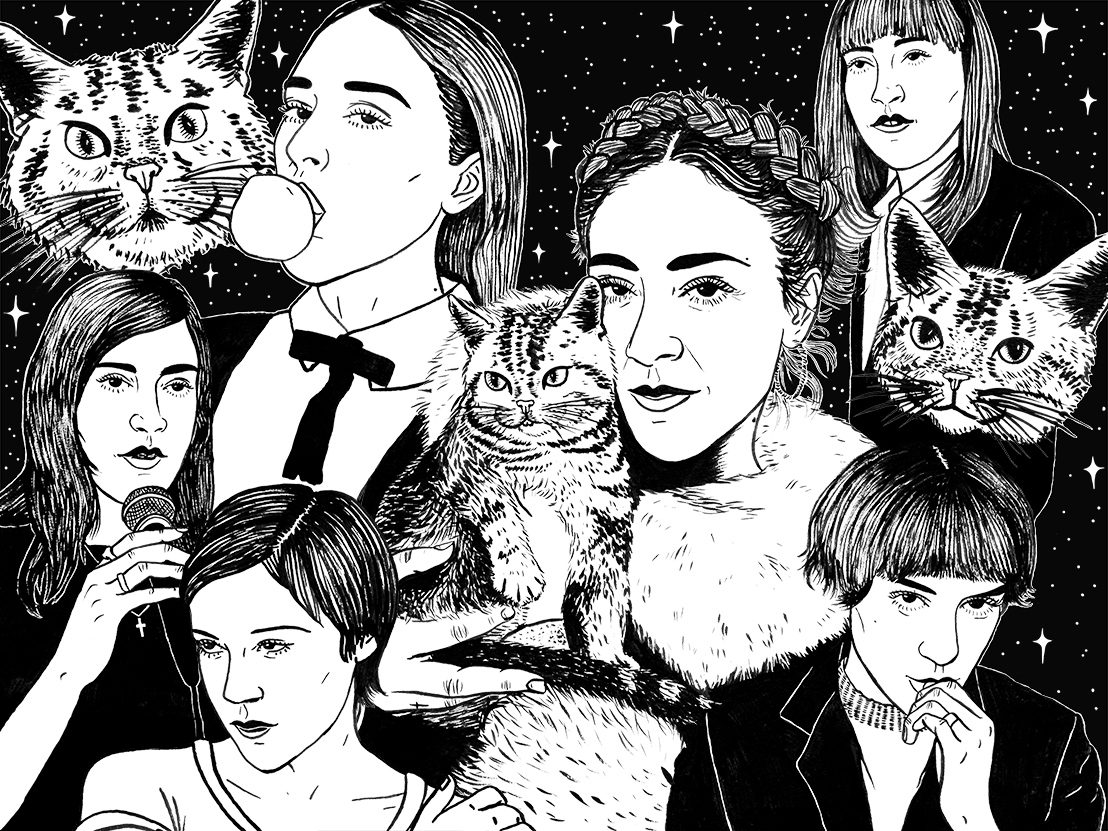 Chloë Sevigny: ‘Movies just aren’t as bold as they were in the ’90s’

The actress and fashion icon reflects on her early career and discusses stepping behind the camera for her debut short, Kitty.

Chloë Sevigny got her acting break in Larry Clark’s hugely controversial and influential 1995 film Kids, written by her then-boyfriend Harmony Korine. Since then has been a mainstay of both the film and fashion worlds, starring in the likes of Dogville, Zodiac and Love & Friendship while also launching several clothing lines. She took a break from shooting her new movie recently to discuss stepping behind the camera for the first time for her directorial debut, Kitty.

LWLies: Kitty is very dreamy and wistful but has real looming sense of melancholy.

Sevigny: Yes, the loss and the remorse and the grief. There were a lot of themes that I feel I touched upon that are really like constants in my life, having lost my father and things like that.

You’ve spoken out about the distinct lack of women in the film industry, was surrounding yourself with female crew a deliberate response to that?

It was a very deliberate choice, especially with the producers. I met a lot of producers who were very daunted by the story – they thought it was too big or would be too expensive because short films have little to no monetary gain. I then met two female producers and I knew these were the right people. My first assistant director [Shead Rowan] is someone I had worked for a couple of times; the costume designer [Jennifer Johnson] I had worked with before. I tried to surround myself as much as I could with people who I knew and loved.

And you had the great Seamus McGarvey as your director of photography.

Who is not a female, but is very feminine in his own way. I think he understands women more than a lot of men that I know. Seamus bridges this kind of beauty and special effects so well in so many movies that he does.

Given that you’ve worked in fashion for many years, how much involvement did you have on the design side of things?

I love beauty and I love mystery and I’m a real aesthetic snob I think. So yes, all intentional and I gave specifics references to every creative department.

How many cats did you look at? That must have been a fun casting call.

We only looked at two sets of cats. This is the thing – there’s actually five cats acting. We can’t just have one or two cats, it has to be a whole team of cats and kittens. Kittens are very hard to find and very hard to train so we kinda only had two options. I’m happy we found Rocky, Bullwinkle, Jack Handsome, Hero and Jaguar because they were so much more unusual. 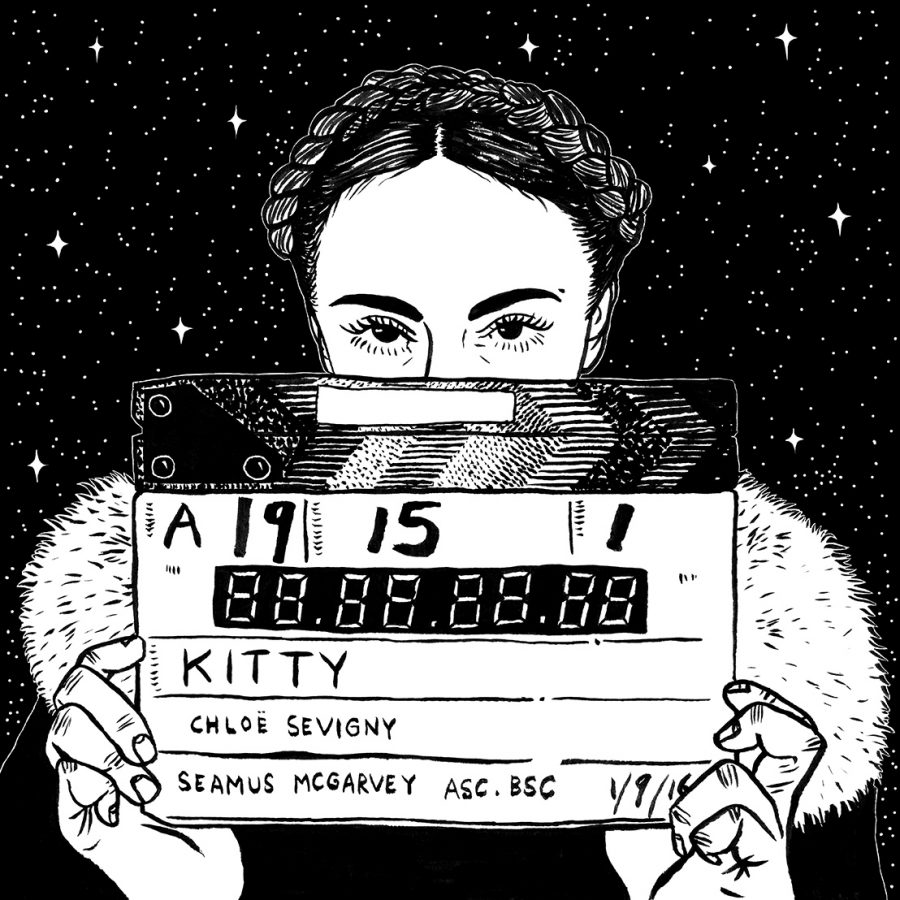 With all the ’90s nostalgia that’s going around, do you find yourself revisiting films like Kids, Gummo, The Last Days of Disco, etc? How do you feel about that time in your life looking back?

You know, I’ve been doing a little bit of that. The other night I watched Pulp Fiction, I hadn’t watched that movie in something like 20 years! Then I watched Do the Right Thing. I don’t know if you can make those kind of movies anymore, people just aren’t as bold and the world’s gone a little soft. Those movies were so visual, the dialogue is so biting, they really stand the test of time. I don’t know why people are so pussy right now.

Something like Larry Clark’s Bully, there’s no way a film company would make something as raw and brutal as that today.

I love Bully, I think it’s better than Kids actually. People are afraid of having an edge now, I’m not sure what it is… distributors get cold feet when anything seems too risqué. But that said, I have seven movies in the can right now, with Alex Ross Perry and Oren Moverman and Tomas Alfredson – I’m working on something right now – and they all feel very independently minded. They all have a real point of view and very strong directors.

Kids turned 20 this year and at an anniversary, cast and crew reunion screening Larry Clark said he “couldn’t find a Jenny”, that your character was the hardest to cast. What’s the story there?

Originally they cast an actress who was the only one with any experience. I was originally hired to take her out and show her the town and they started rehearsing and she started directing the kids. I think Larry was like, ‘Oh no you didn’t!’ and just thought it wasn’t going to work. She stuck out amongst the other kids, she was more mannered. She was a child actress I think and so they just let her go which was sad for her. After that I guess Larry turned to Harmony [Korine] and said, ‘Who did you have in mind when you were writing this?’ Harmony and I had already been friends for years and he said, ‘I guess I was thinking of Chloë.’ The rest is history.

What are your reflections on The Brown Bunny, which is arguably the most controversial film of your career?

I can’t really speak for why Vincent [Gallo] hasn’t done anything since, although rumours are swirling that he’s making movies all the time and just not showing them to anyone, which seems very in keeping with his character. I think the film was hard…it’s a hard film to watch it’s very much a mood piece. I thought it was going to be this very obscure art film, but films tend to have a life of their own you just have to let go of them.

Do you currently have any more plans to direct?

Well, I’ve already shot my second short. I used the cinematographer Eric Edwards, he shot Kids and My Own Private Idaho. It’s a portrait of a performer on the road; a young woman and the isolation she experiences as an artist going through strange towns. It’s a little bit about exploration and objectification and wanting to maintain privacy, a lot of things that hit home for me the way that Kitty did. I’m just trying to make as personal and affecting a film as I can. I would love to do a feature. I’ve been trying to get the rights to different books. I don’t wanna just rush into it, it’s gotta be something that feels close to me, like I have to do it.