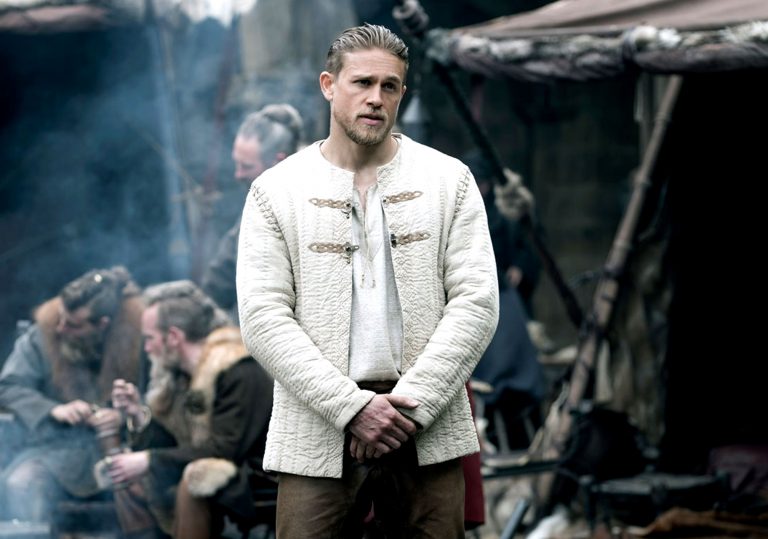 All swagger and no guile, but fun in the moment.

As a modern retelling of a timeworn legend, Ritchie’s King Arthur falls well short of greatness.

Remember seeing The Matrix for the first time, and how invigorating the action sequences felt? Two decades on the term “bullet-time photography”, as described in the original script for the Wachowskis’ groundbreaking 1999 sci-fi (it’s now a registered trademark of Warner Bros), has become a stock technique in contemporary action cinema. This overused visual effect features prominently in Guy Ritchie’s ninth film, King Arthur: Legend of the Sword, but feels completely redundant in this instance because, whereas bullets travel very fast, swords – even when being wielded by a burly lapsed Geordie – do not.

If you’ve seen Snatch, Revolver, RocknRolla or either of his Sherlock Holmes films, then you’ll know just how much Ritchie loves shooting in slow motion. Yet in King Arthur his repeated use of this showy stylistic trick (let’s dub it ‘blade-time’ here) is purely ornamental and in no way functional. It’s so conspicuous and gratuitous, in fact, it’s a wonder no one took him to one side to explain that the swordplay looks just fine in real-time. But then Guy Ritchie is an idiosyncratic filmmaker who has always seemed curiously impervious to creative compromise. For better and for worse.

Since bursting onto the scene in the late ’90s as British cinema’s self-styled answer to Tarantino, Ritchie has stuck to a simple artistic rule of thumb: if it looks cool, do it. He doesn’t get hung up on whether the technical flourishes he employs service the story. He’s not a stickler for period accuracy. In King Arthur, a dour epic set in a fantasy Ye Olde England where jumbo CG elephants roam the earth, characters wear beanie hats and trendy shearling coats. Charlie Hunnam spends most of the film strutting around in an immaculate cream quilted jacket that’s entirely at odds with his eponymous hero’s rags-to-riches arc, not to mention his tough-bloke-with-the-common-touch persona. 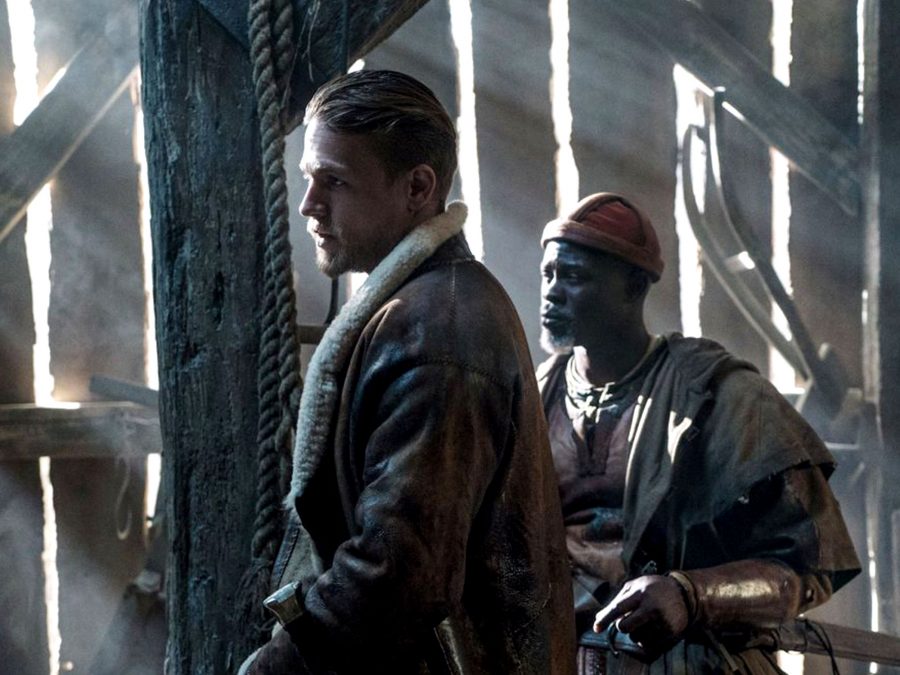 To say that Ritchie and his screenwriting team play fast and loose with the Arthurian mythos is an understatement. They’re perfectly entitled to do so, of course, given that these people never actually existed – the problem is that the director’s populist approach doesn’t chime with this classic tale of nobility and sorcery. To use the relevant parlance, the film is all fur coat and no knickers.

This is historical fiction ripped from the Game of Thrones playbook – strong regional accents and gritty magical realism – but without that show’s authentic and immersive sense of time and place. The main bulk of the action happens not in Camelot but the city of Londinium, a cartoonishly grim locale that feels real only within the broader context of the Ritchie Cockney-verse. You know: fish, chips, cup-o-tea, bad food, worst weather, Mary fuckin’ Poppins, Londonium.

For the most part this is a fun romp through familiar narrative terrain. It’s silly and the special effects are gimmicky but there are some decent set pieces dotted throughout. The dialogue is lean yet punchy, heavy on banter and light on wit. There are solid performances from Jude Law as the snake-like King Vortigern and Djimon Hounsou as Arthur’s reluctant mentor Bedivere, while a host of reliable character actors including Aidan Gillen and Neil Maskell provide game support.

Oh, and David Beckham pops up in the background of the all-important sword-pulling scene, barely disguised behind comedy rubber prosthetics. The former soccer ace can’t act for toffee, but his brief cameo is a highlight (albeit for the wrong reasons) in an otherwise largely forgettable summer blockbuster.

All swagger and no guile, but fun in the moment.

As a modern retelling of a timeworn legend, Ritchie’s King Arthur falls well short of greatness. 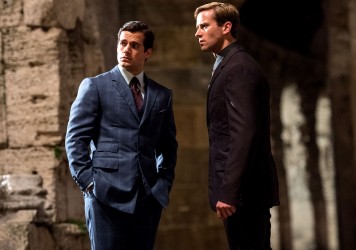