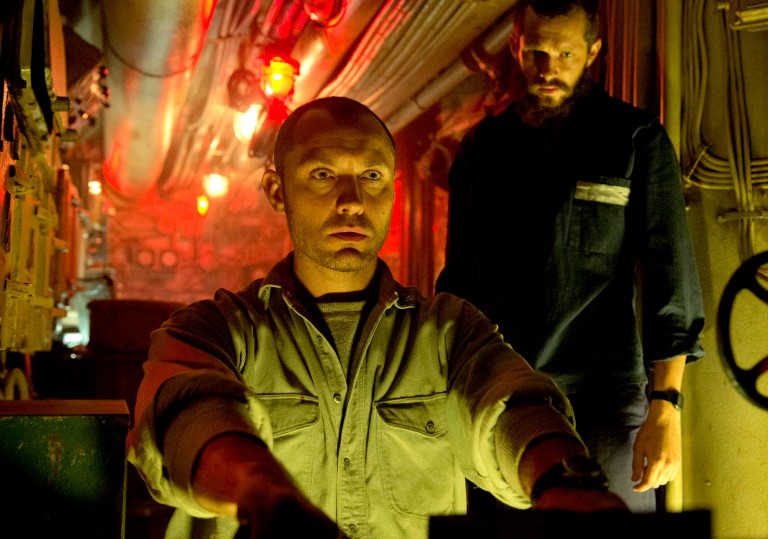 Kevin Macdonald's previous, How I Live Now, was severely underrated.

Old school to its very core.

Even the impoverished find it tough to resist the capitalist scourge.

One of the inherent joys of watching films made by Kevin Macdonald is his palpable reverence for old movies. His work tends to be littered with subtle references, nods to genre and classical filming techniques, and characters who could’ve been played by the charismatic, lens-hogging stars of Hollywood yesteryear. Though his latest, Black Sea, ventures into that age-old (and deeply unfashionable) cinematic cul-de-sac, the submarine movie, his key inspiration was John Huston’s dust-parched parable of man’s inability to resist the lure of filthy lucre, 1948’s The Treasure of the Sierra Madre.

What’s interesting and original about this movie is the way it approaches the theme of greed without recourse to petty politics and idealogical grandstanding. This is about greed as a universal vice which afflicts the 99 per cent just as deeply as it does the 1 per cent. Jude Law, whose mini career reinvention as a salty character actor is building up a very positive head of steam, takes the lead as Captain Robinson, a morally forthright undersea haulage expert who has been tossed on the scrapheap by his bureaucratic overlords.

Unable to find work which requires his highly specialised skill-set, he sits in dingy pubs with his similarly laid-off buddies and concocts schemes with which to take down The Man. It’s class war then, and Robinson locates his symbolic stone and slingshot in a cachet of Nazi gold laying unclaimed in neutral waters off the coast of the Ukraine. There’s a small window in which he and a team of volatile, pan-ethnic buddies (half British, half Russian) can nab the booty before it’s scooped up by the corporate nabobs. Enter a decommissioned antique Russian sub which is powered by desperation and a lust for fast cash.

Following a brief narrative tee-up, we’re dragged deep under the waterline and that’s where we remain for the bulk of the film’s runtime. Following the initial flurry of positivity that comes from the belief that these men have a real chance to get one over on their evil ex-paymasters, the mood gradually shifts to one of mild torment, then agitation, and eventually extreme violence. Ben Mendelsohn’s Fraser is deemed from the off to be a major liability, though time constraints mean he’s the only man who can execute the required job. Essentially playing a light variation on the stock Mendelsohn thousand-yard maniac role, his counter-intuitive and antagonistic actions are the sole driver of the doom-laden plot.

Like the creaky sub itself, Black Sea has a few mod-cons missing, but most of the time uses restricted resources to its cinematic advantage. The camera very seldom captures the sub from the exterior, and this dearth of establishing shots help to build up a sense of extreme paranoia as well as locking the audience onto the vessel. Though this film appears as a barnstorming action caper in thrall to the heyday of Ealing Studios (the serious ones more than the funny ones), it mutates into a weird kind of gothic horror parable which cleverly presents rabid consumerism as always being to the detriment of others. And Law’s Scottish accent is totally awesome.

Kevin Macdonald's previous, How I Live Now, was severely underrated.

Old school to its very core.

Even the impoverished find it tough to resist the capitalist scourge. 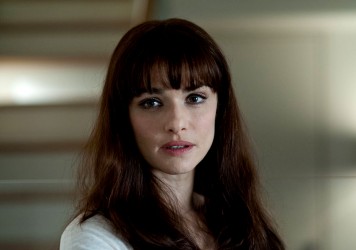