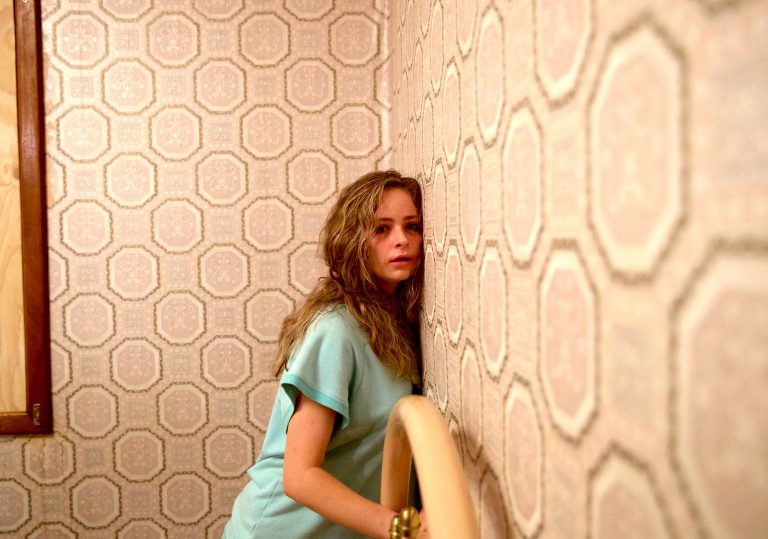 Bleak, tight and unusual. A strong start for Ben Young.

What makes a person kill another person? Attempting to answer that unanswerable question is a sport for filmmakers, as they impose pop-psychological motives on the sick-minded murderers at the centre of their stories. With his directorial debut, Australian actor Ben Young chooses to tell that all-too-common tale from a different perspective, namely that of a killer’s complicit girlfriend. The results are murkier and more profound and more moving than expected.

Opening with slow-motion shots of the peaceful, sun-drenched streets of Perth circa 1987, Young immediately establishes an atmosphere of unease that he maintains throughout the film. The idea that sickening horrors can occur right below our noses is central to the serial killer genre, and Young tactfully returns to this idea as a way to heighten the mood.

This sense of hair-trigger tension reaches its peak when he decides to divert his camera into the house where John (Stephen Curry) and Evelyn White (Emma Booth) capture and sexually torture young girls. Through the eyes of Vicki (Ashleigh Cummings), Young depicts the everyday life of the couple, from their domestic rituals to the emotional dynamics of their strange relationship.

A gripping and nauseous sense of realism pervades through the movie. From her first encounter with the couple onwards, Vicki’s future remains uncertain. She is not only subject to her torturers’ will, but also to chance and, to a varying degree, her own actions. Despite her shackles, the young girl soon understands that she does have some psychological power over her tormenters, and especially over Evelyn.

In an agile move away from genre convention, Young refuses to depict these extremely violent people as devoid of human sentiment. Vicki observes them and their veneer of perfect (if demented) harmony reveals its cracks in subtle but undeniable ways. Evelyn is in charge of serving breakfast, taking care of the house and of Vicki during the day, and can only see her kids from a previous marriage in a picture. John, meanwhile, is always the one assigning tasks and deciding what measures to take. Rather than being completely complicit, Evelyn is mostly submissive and jealous. John may seem over-confident, but his precarious finances make him vulnerable and he can lose his temper.

Young’s acting background shines through in his direction of the performers. Booth’s subtle facial expressions progressively reveal the pain and despair that have caused Evelyn to stick by John’s side and even take part in his perverse games. Vicki picks up on Evelyn’s mood swings, but can’t let her mental processes show, and Cummings’s ability to connect with her fellow performers allows her to maintain that balance between intelligibility and enigma.

Increasingly torn between her fearful despair and her instinctual disgust, Evelyn becomes the unlikely central protagonist. By focussing on the female characters and their relationship, Young voluntarily makes the violent and controlling man a secondary element as a way to better explore the consequences of his nefarious influence. Evelyn doesn’t become a perfect feminist heroine, yet by being inglorious, her story all the better highlights the menace of toxic masculinity and misogynistic ideals.

Bleak, tight and unusual. A strong start for Ben Young.