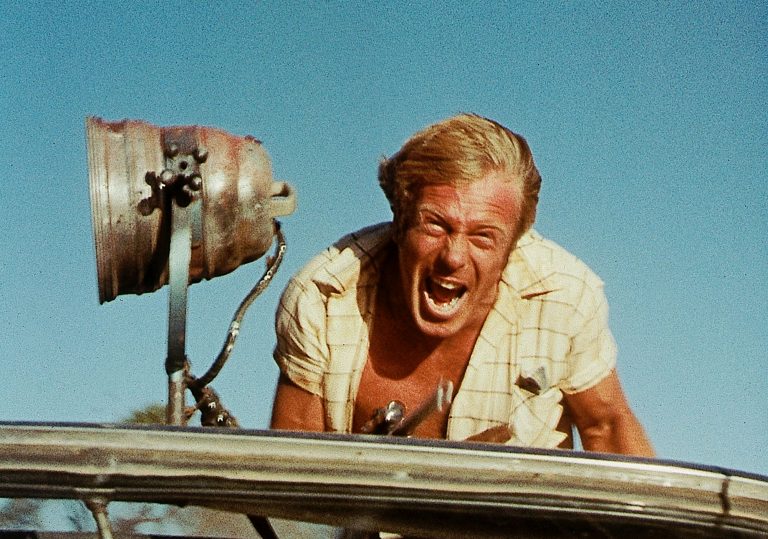 After decades of exile, an Aussie cult classic staggers onto the revival circuit.

Perhaps slightly schematic in charting the descent of man, but it induces a sweat that’s hard to wash off.

With its heat-bleached palette, soundtrack of buzzing flies, and scene upon scene of matted faces swilling can upon can of West End lager, Wake in Fright is perhaps the most dehydrating experience in all cinema. Set in the Australian Outback, where a smugly urbane schoolteacher is pulled into heart-of-darkness booze-ups and kangaroo hunts, the film is about a no-exit inferno — though the hell is perhaps not the hypermacho outpost of Bundanyabba, but rather masculinity itself.

A close adaptation of Australian novelist Kenneth Cook’s debut — derived from his experiences as an outsider in Broken Hill, the mining town where much of the film was shot — Wake in Fright, with its Canadian director Ted Kotcheff and Brit topliners, was notorious among an Australian audience divided over its portrait of animalistic “mateship.” After decades out of circulation, the film returns to us in a version restored from negatives saved from the brink of incineration in a Pittsburgh warehouse, and still radiates an uncomfortable heat.

As John Grant, deployed unwillingly to a town consisting of two buildings bisected by railroad tracks and surrounded by arid void, Gary Bond has the lips, the desert-foxy blond hair, and the supercilious entitlement of Peter O’Toole as TE Lawrence. En route to Sydney for the Christmas holiday, an overnight stop in “the Yabba” turns indefinite when he overestimates his mastery of the “nice, simple-minded” backroom two-up game. Money gone, suitcases full of books soon left behind in a bar, he experiences the local hospitality as a spiral of twist-my-arm binges (“What’s the matter with him? He’d rather talk to a woman than drink?”), horseplay edging into wanton property destruction and brute struggle for dominance, and morning-after fry-ups of kangaroo testicles.

Grant’s guide on his antihero’s journey is Doc Tydon, played by Donald Pleasence with watery blue eyes horribly wide. Tydon is Grant’s looking-glass double, playing opera records in a shack with no plumbing, civilised impulses reconstituted as party tricks (demonstrating peristalsis, he drinks a beer standing on his head, foam and spittle flecking his beard). Tydon drinks as desperately as anyone in the Yabba — but knows why.

Kotcheff, who let loose red dust and flies in the studio interiors, alternates blackout cuts with direct light as scalding as a hangover sun. He also took pains, he has lately emphasised, not to participate in or compel the deaths of kangaroos. Wake in Fright’s most notorious scenes were filmed on a ride along with professional roo hunters, and the outtakes were handed over to the RSPCA for use in their campaigns. The beery hunt sequence is a massacre to rival the era’s Vietnam Westerns, though when Grant takes on a kangaroo with a knife, lit by a spotlight mounted on a Ford Fairlane and roared on by his new mates, it is surely the climax of a less specific, more primal allegory. The title comes from a curse: “May you dream of the devil and wake in fright.” But here, the devil is you, and it’s not a dream but a memory.

After decades of exile, an Aussie cult classic staggers onto the revival circuit.

Perhaps slightly schematic in charting the descent of man, but it induces a sweat that’s hard to wash off. 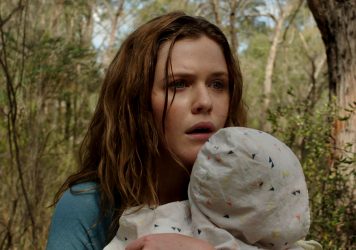