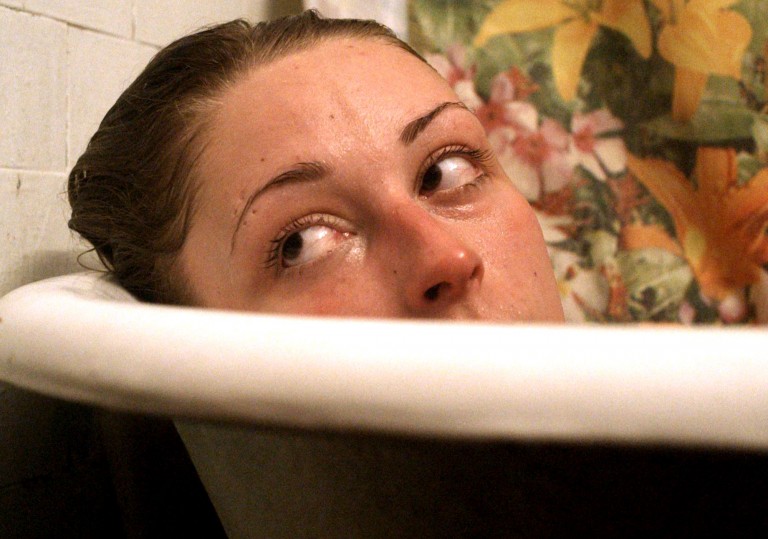 Lasts 90 minutes, but you could happily spend hours in the dangerous company of Harley.

Arielle Holmes is a revelation.

Empathy courses through every rotten vein, artery and capillary of this dynamic, free-floating slab of grim gutter poetry from Joshua and Benny Safdie. It’s a beautiful film about beautiful losers, human flotsam who dedicate their lives to weighing up the lure of human contact against the instant high of the needle. Is it possible to have both?

The film focuses on Harley, played by one-time junkie and transient, Arielle Holmes. Within minutes of the kick-off, she has decided to settle a continuing rift with on-off paramour, Ilya (Caleb Landry-Jones), by whipping out a box-cutter and slicing her wrist. This is narrative cinema riven by naked impulse, set in a world where different rules of engagement apply.

By opening the film on a moment which most conventional narratives would drop at the end, we’re placed in a status of high alert, waiting for things to possibly get even worse. Holmes is extraordinary in the lead, her bellowing performance throbs with a barely-masked sorrow, but underneath, a bruised dignity and defiance. She isn’t trying to project a stylised, movie-like rendition of herself from years back. There are no moments where she reflects on her situation, thinking, hoping, dreaming (though there are nightmares, maybe). She somehow channels pure impulsiveness and blithely presents its pros and cons. The waking state of her character is driven by split-second decisions and physical desires. There’s no time to think or consider options. There’s work to be done.

Akin to John Cassavetes’ 1959 breakthrough feature, Shadows, Heaven Knows What hands over a segment of time rather than a rounded narrative. We join and leave Harley at what seem like two fairly arbitrary junctures in her drab, by-the-minute existence. The cycle of her torment is endless: borrow some money; score some drugs; borrow more money; score more drugs; evade people to whom you owe money; borrow drugs; scream; fight; curl up in a ball; repeat. But as the film creeps towards his sudden conclusion, it seems like the Safdies have nestled a subtle, Romeo and Juliet-like love story at the film’s core. It’s why this film is beautiful.

Much celluloid has been expended on the subject of living with addiction, but this is a rare case of a work in which addiction is a context rather than a subject. It’s not trying to act as an exposé of a social sub-stratum or even a behavioural study – it just offers a bit time in the company of real, fragile, uncommunicative, self-destructive people who are trapped between worlds. Yet in furtively masking its social conscience, its political impact is considerable, but also meaningful and objective. Ariel Pink’s bizarre, experimental soundtrack is the sole, clanging reminder that this is only a movie.

Lasts 90 minutes, but you could happily spend hours in the dangerous company of Harley.

Arielle Holmes is a revelation.