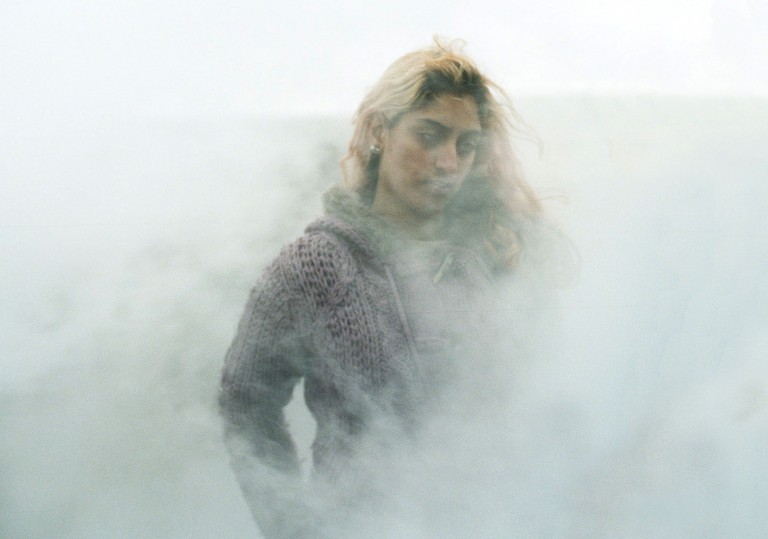 Gained some decent traction since its 2014 Cannes bow.

Lots to like, but with too much of an uneasy ironic distance from its subjects.

Not the full package yet, but definitely up for seeing what the Wolfe bros come up with next.

A medium close-up of a face, grizzled and encrusted with god-knows-what. It moves out of the frame and the focus rapidly shifts to the middle-distance, on to a football sticker that’s been crookedly affixed to the side of a kitchen water heater.

Whether this superficial piece of micro set dressing is down to production designer Sami Khan, art director Andy Watson, cinematographer Robbie Ryan or the director of Catch Me Daddy, Daniel Wolfe, (or, indeed, none of the above) is something for those present on the day to decide among themselves. There’s every chance it was just there in the background, a happy accident which came part-and-parcel with the location.

It’s an eye-catching piece of clutter, but it speaks volumes about the way the film has been made, its interests, its attitudes and its bleak sense of realist artistry. It’s the kind of detail that you’d imagine seeing in a photograph by Martin Parr, whose own work sometimes skirts uneasily between fond Hogarthian kitsch and archly derisive working class mockery.

The film is full of these moments, these “football sticker” visual digressions, where the camera lingers on a set-up in order for the full detail of the frame to be forcibly stressed. Catch Me Daddy even arrives with an accompanying pamphlet of still photographs which inspired the shooting of the film, and it does sometime feel like Wolfe is unable to suppress the discipline of capturing a single, primal, static moment in favour of images that flow more seamlessly. He gets lost in the background.

The football sticker belongs to a silver-toothed drug dealer who lives alone in a tower block. A comically grotesque wall-mounted portrait suggests there was once a family there, but they’ve packed off to make way for an exotic snake collection and pockets of coke stashed in the settee pillows. These small stresses speak of a history that existed prior to the timeline of the film, fleshing out a character’s entire past in a simple visual cue. It’s a film primarily about the different ways children drift away from their parents, and this lonesome pusher becomes another dismal iteration of this human rite.

The shot works because it’s essentially empathetic, presenting the good deeds of a bad person, however insignificant they may be. Yet, the film isn’t always as beautifully tactful. There’s a punkish disdain for northern England, its citizens are presented as troglodytic ne’er-do-wells, barely a soul without some kind of unsightly facial disfigurement, while the landscapes are littered with grotty nightclubs, road-side fast-food shacks with poorly-painted signs and silly names, rinky-dink hair salons and pokey, uninviting pubs. Poverty is aestheticised, with an ironic focus on what people look like in the context of an amusingly archaic backdrop. There’s no nobility in the working class. And this is something you could overlook were the film not so packed full of cosmetic garishness.

Having to make a decision over whether the film does or doesn’t brandish a certain insensitivity towards its subjects (human and geographic) is possibly its greatest downfall. But the question needs to be addressed because this is clearly a serious, quality text and there’s so much else to admire. Wolfe’s top-trump here is newcomer Sameena Jabeen Ahmed, who plays Laila, the character to whom the title refers. She’s a bejewelled innocent who has become victim to harsh familial circumstance, the particulars of which Wolfe and his co-writer sibling Matthew keep very vague. Ahmed makes for a scintillating screen presence, her naturally puffed-up eyelids lending a druggy disconnect to her desperate situation.

She also imbues the film a feeling of bitter melancholy, as there’s the sense that even though she and her Scottish boyfriend Aaron (Connor McCarron) are in potentially mortal danger, that this fleeting stretch of autonomy is exciting enough to temporarily muffle the unspoken sins of the past. The fact that her concept of escape involves her barely leaving North Yorkshire is itself points to a quaint unworldliness, that despite the traumas she has suffered, it’s a place she likes and doesn’t want to leave.

The Wolfe brothers prove themselves to be expert monologists, with the film’s duel high-points involving characters merely reciting memories or dreams to their respective accomplices. The dialogue always feels natural and unforced, and even though the content sometimes drips with thick portent, it’s never enough to dull the pleasure of just hearing these actors speaking these words. Plotting is more of an issue, and a remarkably tense opening few reels — which follows two separate timelines heading on a messy collision course — is dulled by some regulation plot twisting, double-crossing, narrow escaping, etc.

Some have written about Catch Me Daddy as an overtly political movie, one which addresses the notion of “honour killings” in the British Pakistani community. It’s been compared to John Ford’s The Searchers, but it feels more akin to the gruelling likes of Elem Klimov’s World War Two classic, Come and See. The inference is that the film is essentially a plea for religious tolerance and understanding, especially regarding the treatment of young women. While this notion sits in the background like a rogue football sticker, it never feels like Wolfe is forcing a statement, that everything wraps up neatly into a headline-friendly liberal screed. The clever obfuscation of fact and context is, in the end, what makes the film worth catching.

Gained some decent traction since its 2014 Cannes bow.

Lots to like, but with too much of an uneasy ironic distance from its subjects.

Not the full package yet, but definitely up for seeing what the Wolfe bros come up with next.