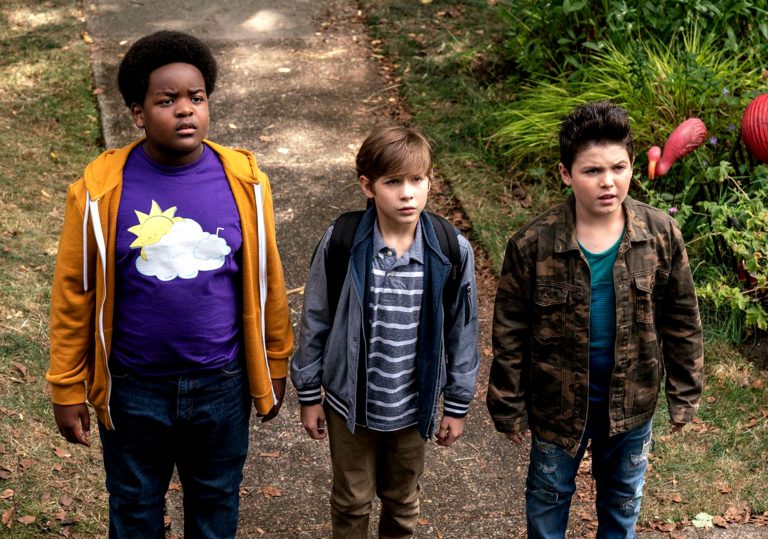 We’ve had Superbad and Booksmart, surely there’s nowhere else to go?

It turns out the clueless good will of 12-year-old boys is enough to keep the laughs flowing.

A lot of the film’s charm relies on gross-out surprise, but there’s still enough sharp wit to remember this as one of the good ones.

The pains of prepubescence is the butt of this warm-hearted, foul-mouthed comedy from the makers of Superbad.

The 2014 Haribo Starmix advert took a silly premise and turned it into something marketable: record kids’ voices saying kids’ things about a packet of sweets, make adults do the lip-sync, let audiences decide if it’s funny. Good Boys, from the minds behind Superbad, Sausage Party and Bad Neighbours, seems built on a similar logic: let the adults do the directing and the writing for a dauntless film strictly made to entertain adults, but trust the kids – with their unbroken voices and unmatured ignorance – to front the show.

Max, Thor and Lucas are the ‘Beanbag Boys’, three best friends who stick together through school lunches, movie nights and every first experience that rocks your world when you’re on the cusp of puberty. The plot shares DNA with Superbad and Booksmart, as the immediate and seemingly most straightforward goal is to get to a party. More specifically, the Beanbag Boys’ very first Kissing Party. But a bit of homework on how one actually goes about kissing turns into, predictably, a string of high-stakes hijinks that could have been completely avoided with one simple Google search.

The skits don’t stop coming: one-liners; visual gags; winks to the camera; tumbles into mail vans. Lee Eisenberg and Gene Stupnitsky’s script is bursting with jokes and pratfalls to make the audience laugh, and most of the time it works. The dialogue is fast-paced and frequently audacious, as our trio rises to every mocking challenge with commendable chutzpah.

Brady Noon gives Thor a chip on his shoulder without losing the soft likability that comes with a love for musicals (there’s one particularly gutsy performance that Noon will have to either defend or shake off for the rest of his career). Keith L Williams masters the wholesomeness of a scared little boy, cracking into uncontrollable pathos with perfect comedic timing. But Jacob Tremblay is the standout performer as Max, fully embracing his three-octaves-too-high voice and showing remarkable mastery of his craft at the tender age of 12.

These boys aren’t the first to scream at each other about sex, but they’re smaller, sillier, and their self-centred innocence – rather than an assumption of the audience’s stupidity – is what makes Good Boys fly. This is a pre-teen movie that embraces its childishness at every turn, endearing us to its protagonists by showing how much they love their parents, or through the fact that they think a nymphomaniac is someone who has sex on both land and sea.

While Seth Rogen comedies can at times seem cruel and vulgar, this one finds a healthier balance by testing its young characters and smartly embracing their inadequacies. We’re laughing at the Beanbag Boys, rarely with them – but only because we know that in a few years’ time, they most definitely will too.

We’ve had Superbad and Booksmart, surely there’s nowhere else to go?

It turns out the clueless good will of 12-year-old boys is enough to keep the laughs flowing.

A lot of the film’s charm relies on gross-out surprise, but there’s still enough sharp wit to remember this as one of the good ones. 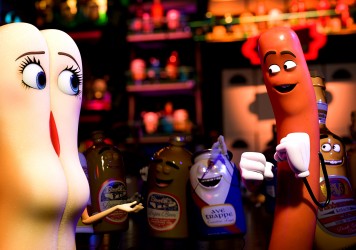