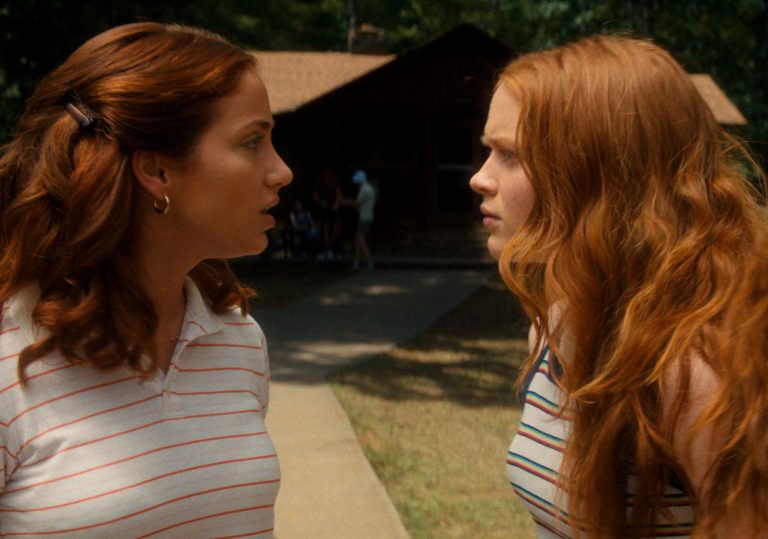 Approaching part two of this trilogy with trepidation after the first film’s awkward structure.

The second part of Netflix’s RL Stine-inspired horror trilogy is a serious upgrade on its muddled predecessor.

The 1994-set first part of Leigh Janiak’s RL Stine trilogy saw teenagers stalked by several undead mass murderers from their seemingly cursed town’s history. It established that these homicidal outbursts across 300-plus years were the work of suspected witch Sarah Fier, a woman killed in 1666, possessing unsuspecting Shadysiders every so often from beyond the grave, as a means of revenge against the town.

Extinguishing their specific nightmare problem in part one, the surviving characters were then left on a cliff-hanger when one of their own became Fier’s latest victim of possession. The second film’s framing device sees her friends turn to the only local who might believe them. C Berman (Gillian Jacobs, selling two decades of trauma in only a few scenes) is a scarred, nihilistic survivor of the ‘Camp Nightwing Massacre’ of 1978. In its immediate aftermath she spoke of Fier’s involvement, but no one would listen. Berman was said to have briefly died, before resuscitation, while her sister was among the slain.

Cut to the Berman sisters at summer camp in ’78. Cindy (Emily Rudd) is the older one, an ostensible ‘goody-two-shoes’ counsellor, working hard alongside her sweet boyfriend Tommy (McCabe Slye) and some more rebellious teens from Shadyside (the camp also hosts kids from neighbouring Sunnyvale). Cindy’s preppy personality covers private miseries at home, which are more explicitly expressed through her hell-raising younger sister, Ziggy (Stranger Things’ Sadie Sink), an outcast who’s spent the summer a target of entitled, violent Sunnyvalers. Like Sarah Fier, Ziggy is labelled a witch but, following warnings from a harbinger of doom, it’s another character who undergoes a gradual, genuinely sad transformation into axe-wielding puppet.

Fear Street: 1994’s biggest problem was that one specific plot device rendered the main group of characters practically indestructible, destroying tension. This second film being a story largely told retrospectively, with at least one foregone conclusion, would seem to promise similar structural and tension issues. So, in addition to 1978 being an upgrade in terms of exciting set-pieces and sustained suspense, it works in the film’s favour that we think we know what’s going to happen. If 1994’s escalating events seemed more like a string of bad luck, 1978’s feel like people genuinely at the mercy of cruel, coordinated fate thanks to sins of the past.

Charismatic, compelling performances were the prior film’s greatest strength and that carries over here to an even greater degree: Rudd and Sink are particularly strong in drawing sympathy for their complicated sister bond. The character roster and body count are bigger, and while not everyone gets the level of depth of a central few, almost every eventual victim makes a distinct mark.

Outside of a Carrie-inspired prank, nods to other horror texts are far less overt this time, though Friday the 13th and The Burning are definite touchstones. And speaking of Stephen King, thanks in part to the stronger theme of a town rot poisoning its future, his It comes to mind as a possible influence. Here’s hoping Fear Street’s finale is better than the recent cinematic It saga’s conclusion.

Approaching part two of this trilogy with trepidation after the first film’s awkward structure. 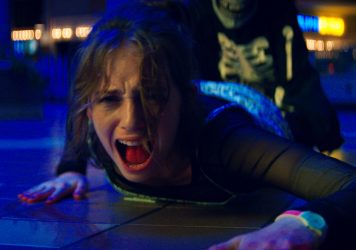