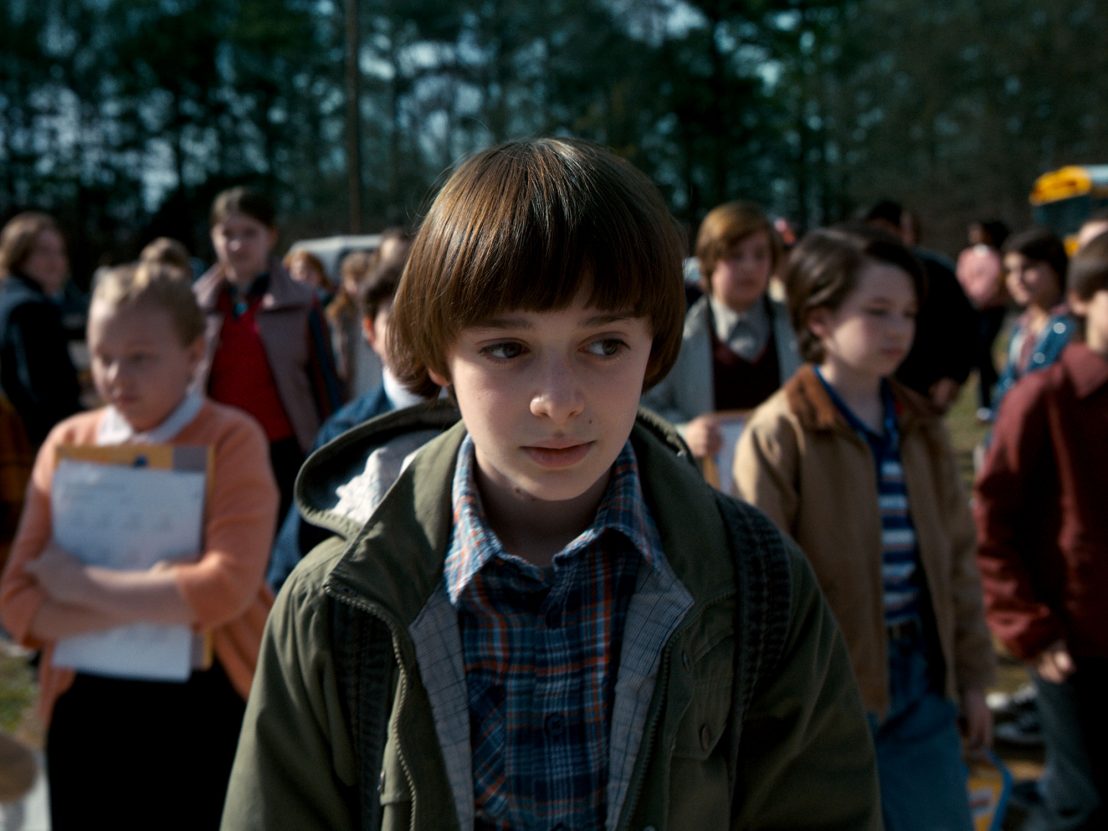 For all the locations the horror genre has mined, from bayou backcountry to industrial ruins to arctic outposts, none is more familiar or eerie than your average small American town. The familiar sight of a flag flying above the town hall, the bandstand lit with fairy lights for a Saturday night waltz, the all-night diner on the interstate. These are the bread-and-butter minutiae of American life, and we are hypersensitive to anything threatening to ripple the still-waters of domestic bliss.

When we first arrive in Hawkins, Indiana on a dark night in 1983, having glimpsed a strange, unnamed government facility moments prior, everything is in its right place. There is the driveway of a cosy, white-picket fence home; the well-kept hedges; stands of tall pines marching along a winding road into town. It belongs on a gas-station postcard, with ‘Welcome to Hawkins, home of the Royal Furniture Co’ emblazoned in red, white and blue across its vista. But within minutes we know Hawkins is not a town of postcards and tourist memorabilia; it’s a town with secrets in the woods and bumps in the night.

Few influences hang greater over the Duffer brothers’ remarkable love letter to 1980s ephemera than that of horror titan Stephen King, a man whose stock-in-trade for over five decades has been the slow disassembly of sleepy American townships. In his novel ‘IT’, one of King’s greatest achievements in world building, the town of Derry, Maine becomes the perfect simulacrum of American life. Spanning its history from the 1950s to the ’80s, Derry is brought to life through its downtown drugstores, the Kenduskaeg River than rattles beneath the drains, and a mental geography you cannot help but lovingly map out.

The history of this fictional town is staggering; every house has a family with their own skeletons locked away; every end-of-driveway letterbox has a surname painted on. King’s America is so scary because it is so real; we cannot stand the thought that his horrors could possibly walk the same path through the park as us, or see the same faces passing by on the street. 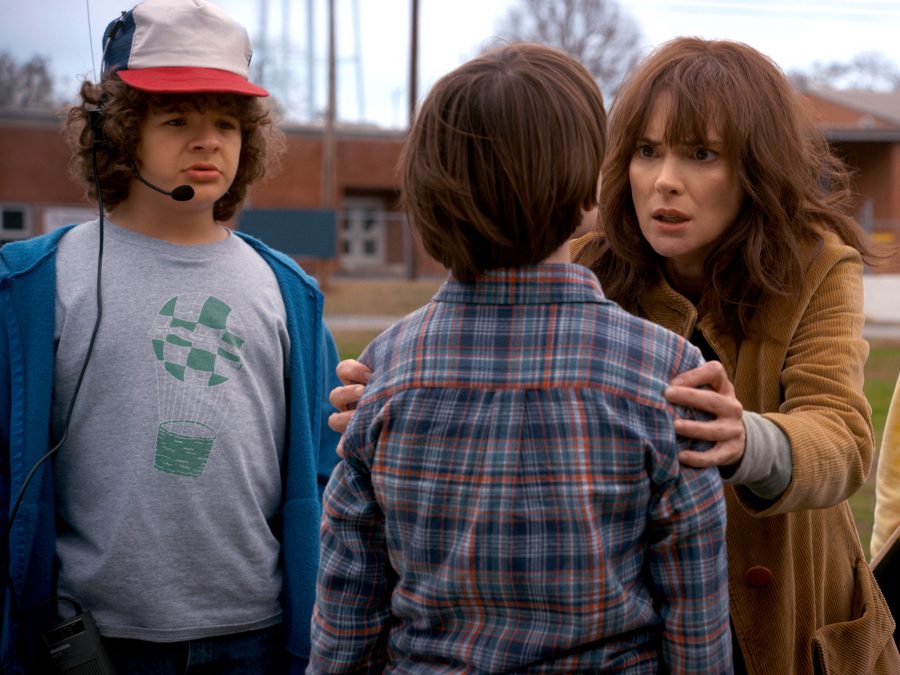 It is this spectre of the perfect small town that taps into Stranger Things’ proverbial tree of nostalgia, drawing out the neon-coloured sap of the ’80s and using it to glue together a perfect homage to King’s American nightmare. Hawkins’ Sherriff Hopper, from his gruff stubble, penchant for morning headaches, and brand of blue-collar justice, is a living portrait of a typical King hero. His sheriff’s office is his castle, and Hawkins his endangered kingdom. He can put a name to every passing face, and governs over his own private slice of Americana with its high schools, greasy spoons, and kids out after dark. While the child actors are the beating heart of Stranger Things, themselves shaped from King’s mould, it is this portrait of the Midwest that makes the show so compelling and relevant.

For a moment, let’s map out the key areas of King’s America that have been subtly transposed onto Netflix’s hit show. The basement of Mike’s house, a geeky hub for his friends to indulge in their overactive imaginations, is in many ways a repurposing of The Loser’s Club’s hangout in the river barrens of Derry. The endless walks through dusty pine groves that seem to mark the liminal moments of Mike and co.’s coming-of-age seem drawn straight from King’s short story ‘The Body’ – famously adapted to screen by Rob Reiner in the beautiful ode to youth, Stand by Me. The high school campus, in all it’s John Hughes inspired glory, is a place defined by social groups and subcultures that speaks back not simply to King’s own childhood narratives but a slate of ’80s cinema that found comfort and familiarity in the squeaky-clean halls of the local school. The institutions of small-town America keep its people sane, and any unusual activity within their territory will be reacted against first and foremost.

Hawkins, IN is a living, breathing world and not simply a backdrop to a bungled together supernatural ’80s dud. We believe in it as we believe in its inhabitants, and the first season’s finale felt like the ‘going away to college’ from ’80s movies past, leaving the places and people we knew stuck in their ways. Season two promises a return to Hawkins and, in spite of the horrors that stalk its woods, a return to our new proxy American hometown. Stephen King captured the unique atmosphere and topography of small-town America in his fiction, and now Stranger Things is the TV torchbearer to a time-honoured tradition.