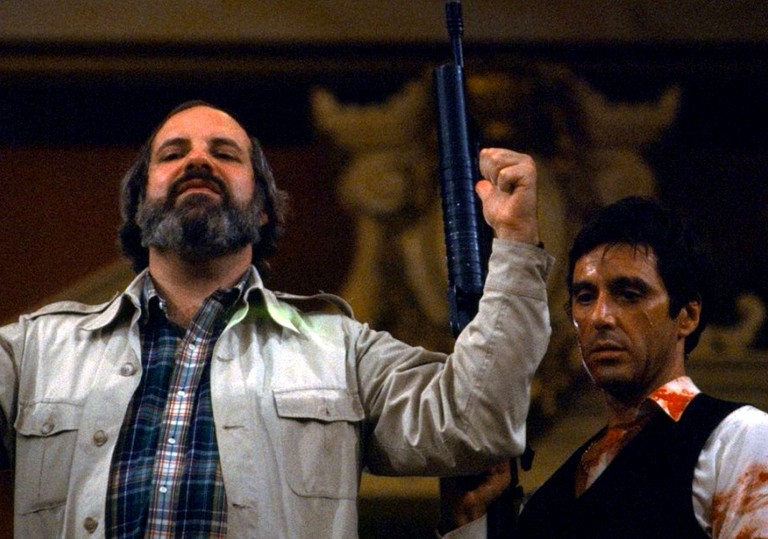 A modern American great goes under the microscope.

What stories, what a life!

Some people have been writing this documentary off as a DVD extra that rises above its station. In fact, it’s an entire semester of film school condensed into 110 scintillating minutes. It’s edited as an extended monologue, delivered by the film director (and, it transpires, ace raconteur) Brian De Palma in his semi high-pitched, lightly nasal drawl. The film, directed by Noah Baumbach and Jack Paltrow, transports us from his birth to the present day, offering a brief commentary (with clips) on every film he made, including shorts, documentaries and music promos.

What makes De Palma an exciting and instructive film in its own right is that its subject is able to analyse his films from an emotional remove. He’s like a mortician conducting a series of autopsies. That’s not to say that he isn’t proud of what he made, or that he’s overly self-critical. But he’s very rational with regard to what they are, what they achieved and how they have matured. Maybe time has healed old wounds, but he doesn’t seem too bitter about the flops or too gratified with the hits. The interesting thing is that he has insights on why each film is why it is, and why every creative decision was made. It becomes clear that nothing in his cinema is left to chance.

He comes across as an affable guy too – Robert De Niro is Bobby, Bernard Hermann is Bernie. He’s earnest about the things he likes, and repeatedly defends his fondness for making films in which bad things happen to gorgeous women. It’s not through some misogynist impulse, but his simple understanding of what makes for exciting screen drama. In 1969’s The Wedding Party, which he co-directed with Wilford Leach, he demonstrated his preternatural knack for staging. Leach filmed the three leads in conversation while stood in front of an ugly bush, while De Palma did it using angles, depth of field and editing. He transformed it from filmed theatre into cinema.

Even though some titles get more time on screen than others, there’s no sense that De Palma has any favourites within his own oeuvre. The one film he feels didn’t work, 1990’s The Bonfire of the Vanities, was due the fact that he watered down the cynicism of the source novel, thinking it would be too dark for the go-go ’90s. In hindsight, he wishes he’d ramped it up. Yet there’s also a sense that, even though he wasn’t a hitmaker like his old pal Steven Spielberg, he yearned for his films to be financially successful, particularly as he put so much thought into making them. There’s a hint of melancholy when he mentions that 1981’s Blow Out didn’t perform as well as he’d have hoped, or the same with 1989’s Casualties of War, which was an ordeal to produce.

He later recalls being offered Mission: Impossible and the prospect of working with Tom Cruise, and instead of demurring like some precious artiste, he grabbed at the prospect with both hands. Even having Cruise demanding David Koepp’s original script be re-written by Robert Towne seemed to have little effect on him – he knew that as long as he had some great action set pieces, the film would do its job.

It’s lovely to see clips from all his classic movies and hear commentaries on how they were made. Yet De Palma is a great movie because it’s at once very affirmative and very realistic about the realities of modern moviemaking. The director seems to affirm that as long as you’ve got ideas and you’re not a major liability, then there will be work for you to do. He’s sanguine about his move to Europe following the failure of the (massively underrated) Mission to Mars from 2000. If anything, he relishes the chance to refresh and work in a new way. Don’t miss this monument to the great man which brims with tall tales and hot insights.

A modern American great goes under the microscope.

What stories, what a life!