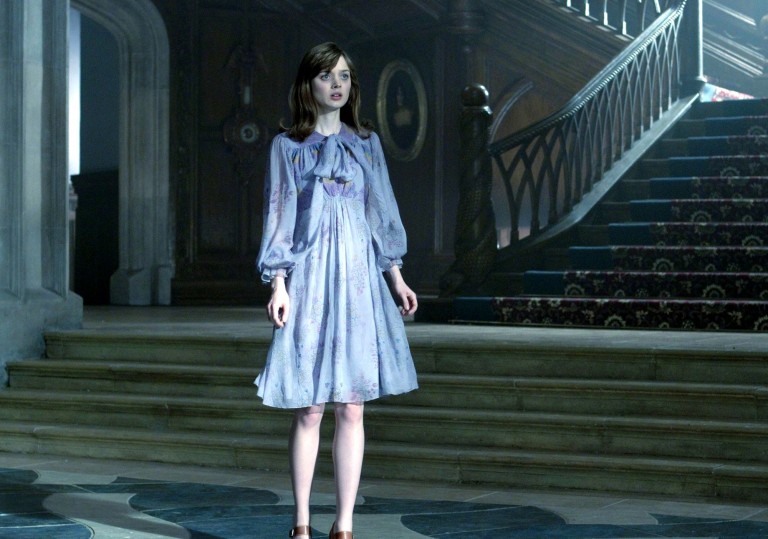 Will Depp/Burton Industries come up with the goods in this bizarre retro horror comedy?

Not, by any means, a good film. But worth it for Depp’s pronunciation of the word ‘Mephistopheles’.

Allow yourself to get hung up on the fact that there is no story or characters and you’re missing the good stuff.

Glancing over Tim Burton’s previous decade of directing gigs, there’s very much a ‘one for me, one for them’ structure to his choice of material: Planet of the Apes (one for them); Big Fish (one for me); Charlie and the Chocolate Factory (one for them); Sweeney Todd (one for me); Alice in Wonderland (one for them) and, finally, Dark Shadows, which has ‘mad personal folly’ daubed all over it in 10 megatons of fake blood.

On a purely superficial level, it would be hard not to consign Dark Shadows to Burton’s increasingly stuffed-to-burst drawer of charming failures. But, if you can gaze beyond its pitiful dearth of narrative logic, a large supporting cast with no defining traits whatsoever and a script that’s all fur coat and no knickers, there’s actually a decent amount to admire.

Prime among its modest pleasures is the chance to track the evolution of Burton’s long-time screen manque, Johnny Depp, again playing a romantic paleface whose unstinting beliefs in the joys of love, family and community are scuppered by latent urges to bite people’s throats out.

As in Charlie, Sweeney Todd and Alice, Depp remains the physical embodiment of both Burton’s entire cinematic project and his eccentric creative impulses as a director. The most interesting and widely discussed aspect of his films in recent years is how such a lauded iconoclast could come up so creatively short and so often.

Depp’s characters address this question, all sweet, sincere men whose quest for purity lead them, inevitably, to self-destruction: equilibrium, but often at a huge toll. In short, Dark Shadows is an auteurist’s dream and an audience’s nightmare.

It offers a glossy, Wes Anderson-like update of an antiquated, fish-out-of-water American sitcom about a seventeenth-century vampire who wakes up in a 1970s Maine replete with regulation radio rock soundtrack and lots of funny hairdos.

It’s graced by a delightful comic performance from Depp, whose Barnabas Collins is like a romantic, emo-inclined fusion of David Bowie, Lord Byron and Jay Gatsby. It’s not even a big performance, but sails on the back of Depp’s hilarious intonation of Seth Grahame-Smith and John August’s ripe screenplay.

So good is Depp that no other member of the ensemble (Jonny Lee Miller, Jackie Earle Haley, Chloë Grace Moretz, Michelle Pfeiffer) gets much of a look in. Barnabas’ angelic romantic foil, Victoria (Bella Heathcote), is supposed to be one of the film’s central characters, but after being introduced, she’s brushed aside for much of the opening hour. Miller, as a balding younger member of the Collins clan, literally has no reason to be in the film.

Much like the Sex and the City films, Dark Shadows comes across like 10 episodes of a TV show that have been stapled together and had all the ad breaks removed. Initially, the film purports to be about family, as Barnabas makes it his duty to put the Collins name back on the map. Then, 15 minutes later, it’s about industry, as Barnabas vows to put his family’s name back on the map by reopening their old fish cannery.

Then, 15 minutes later, it’s about unrequited love, as Eva Green’s buxom witch, Angelique Bouchard, punishes Barnabas for refusing to respond to her amorous advances. Then Alice Cooper turns up, and by the final scenes, it’s about running around a crumbling family stack with a pump-action shotgun.

The tragedy of Dark Shadows is that it could so easily have been a film that had something prescient to say about economic rivalry and the decline of family-run business in the US. But just as it’s inching towards a breakthrough, things skid off the road and we’re served up some re-fried CG hi-jinx, including a ‘wild’ (and, eh, fully-clothed) sex scene that’s been purloined lock, stock and barrel from Mel Smith’s The Tall Guy.

The problem with Burton is everything has to be sweet and sour at the same time. He too often attempts to please everyone and ends up pleasing no-one.

Will Depp/Burton Industries come up with the goods in this bizarre retro horror comedy?

Not, by any means, a good film. But worth it for Depp’s pronunciation of the word ‘Mephistopheles’.

Allow yourself to get hung up on the fact that there is no story or characters and you’re missing the good stuff. 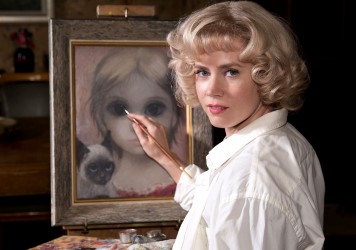