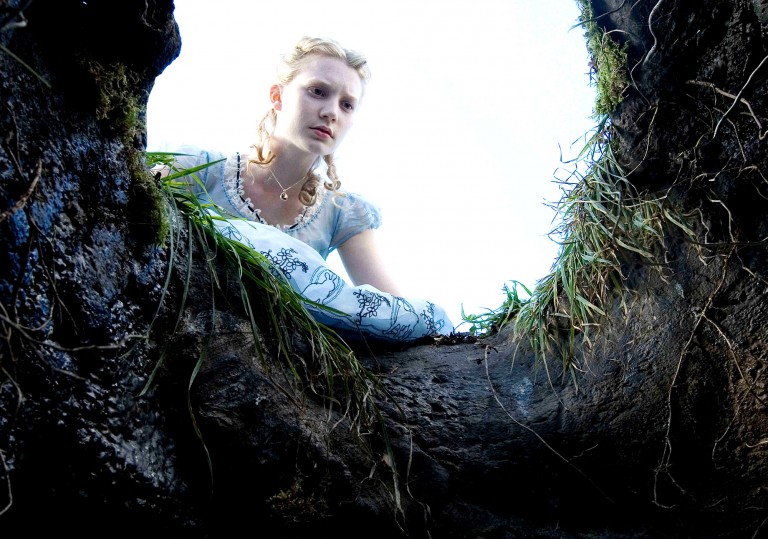 Alice ought to bring out Burton’s best qualities.

Endlessly imaginative, fantastic looking and hilarious to boot. Audible giggling from the kids.

Wonderful visuals, bravura performances and crazy conceits mostly pave over some potted characterisation. It is the film for which three-and-a-half stars were invented...

How do you bring a book to life? How does a figure dreamt up on a page become embodied by a flesh-and-blood person?

Anyone tasked with adapting a much-loved work to the big screen must face these problems – and it is precisely the mysterious processes of metamorphosis, adolescence and adaptation itself that are explicitly addressed by Tim Burton’s Alice in Wonderland, as his ‘wrong Alice’ gradually becomes both the Alice in Wonderland that we know and love and also – paradoxically – her own person.

The result is a film both familiar, and inventively different, from Lewis Carroll’s nineteenth-century fantasy novels for children, not to mention John Tenniel’s accompanying illustrations. Adaptation is not just the medium, but a central theme, as one Alice, half-guided by a book and a vision, is transformed into another.

At age four, Alice Kingsley was visited each night by the same recurring dream of adventures in Wonderland. Now aged 19, Alice (Mia Wasikowska) is still filled with the imaginativeness and independence of mind that her late father had always encouraged in her, but finds herself being increasingly straitened and corseted by those around her.

Under immense pressure to accept a marriage proposal from a pompous fool, Alice falls down a rabbit-hole and arrives, ‘terribly late’, in a place that merges her own peculiar world with Carroll’s.

Here, too, Alice is repeatedly confronted with not being herself, and pressured to become someone else, as the strange local denizens argue as to whether this is the same Alice who visited them before, or indeed the champion who will defeat the Jabberwock, as foretold in the ‘Oraculum’ (an illustrated text remarkably like one of Carroll’s).

As Alice faces crucial decisions about who she is, what she wants and where she belongs, and as she regains her ‘much-ness’, she becomes, like her father before her, a determined pursuer of impossible dreams – in an all-too-real world.

If the inhabitants of Carroll’s Wonderland were all just ‘a pack of cards’, then screenwriter Linda (The Lion King) Woolverton has radically reshuffled the deck, so that now, no matter how recognisable the faces remain, the game is not the same.

Both the Hatter and the White Queen (Anne Hathaway) are far more prominent here than they ever were in Carroll’s novels – although they remain conspicuously underdeveloped as characters, with Depp in particular having to work overtime with his zany tics and (oh yes) crazy dance moves to fill in for the Hatter’s lack of substance.

Still, Burton has always been a visual storyteller, and the exuberant images on offer here, combining CG and real-life actors (sometimes in one character) and rendered in absolutely stunning 3D, are a source of genuine wonder, and will no doubt inform the way a whole new generation pictures Carrol’s curious world. Oh, and it is also very, very funny.

Alice ought to bring out Burton’s best qualities.

Endlessly imaginative, fantastic looking and hilarious to boot. Audible giggling from the kids.

Wonderful visuals, bravura performances and crazy conceits mostly pave over some potted characterisation. It is the film for which three-and-a-half stars were invented...