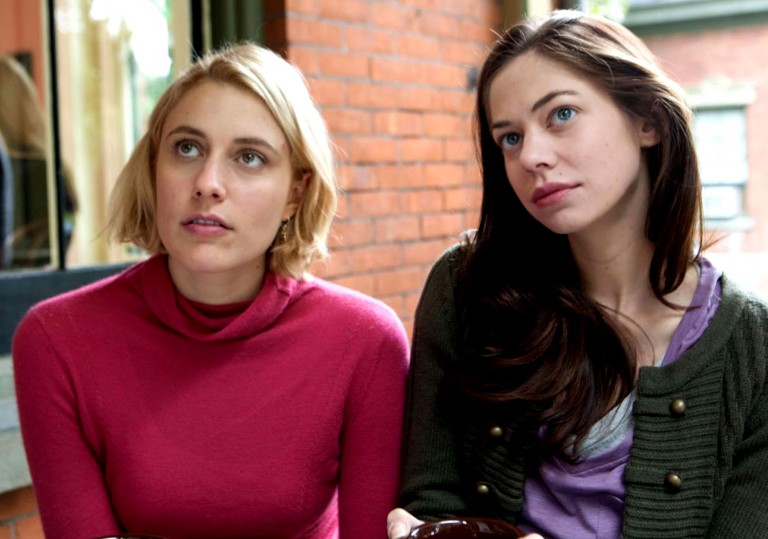 An acquired taste, but a taste you should really try to acquire.

Whit Stillman’s scintillating 1990 debut feature, Metropolitan, offered a raffish, insider’s eye on the Long Island debutante ball scene. It adoringly observed how a throng of overprivileged, overeducated and overdressed fops cautiously fell in love with one another.

In one special scene, Stillman alter ego Taylor Nichols airs his disappointment at having just viewed Buñuel’s The Discreet Charm of the Bourgeoisie: “When I heard that title,” he says, “I thought finally someone is going to tell the truth about the bourgeoisie.” Over the course of four features, Stillman remains cinema’s staunchest defender of chattering class whimsicality.

Following a 13-year silence since his previous work, The Last Days of Disco, Stillman returns triumphantly with Damsels in Distress, a rainbow-hued high-school movie quite unlike any other. Making quite a habit of stealing every film she appears in, mumblecore empress Greta Gerwig dazzles as charming narcissist Violet, the head supervisor at a suicide prevention centre on the campus of fictional East Coast college, Seven Oaks.

When a new girl, Lily (Analeigh Tipton), arrives, Violet is quick to induct her into an exclusive girl clique that includes Megalyn Echikunwoke’s Rose and Carrie MacLemore’s Heather. And, well, that’s pretty much it in terms of plot. In time-honoured Stillman fashion, the remainder of the film catalogues the dating mishaps, antiquated belief systems, meretricious grandstanding and all the character-building ephemera that comes with the scholarly life.

Yes, it would probably help if one was attuned to Stillman’s bone-dry wavelength before attacking Damsels, even if it is his most easily digestible feature to date. However, this is a comedy for the long haul, its humour deriving as much from the cadence and rhythm of the script’s delivery as the various barbs and bons mots contained within it. One surprisingly brilliant repeat gag plays off Rose’s lop-sided pronunciation of the word ‘operator’, while Gerwig’s beyond-deadpan line readings make her a classic Stillman heroine.

While he may occasionally paint them as boorish and misguided, Stillman clearly empathises with all of his characters, even the goofy jocks like Thor (Billy Magnussen) and Violet’s simpleminded beau, Frank (Ryan Metcalf). Stillman views the world of higher education as an unmanned Purgatory where the search for knowledge plays second fiddle to gaining a firsthand experience of the anxieties of adulthood, the mysteries of love and the sensual depths of cheap motel soap. It’s an unabashedly romantic vision of campus life, captured in Stillman’s cutely pared-down directorial style.

It culminates in a Busby Berkeley-style performance and Violet’s own efforts to jump start a dance craze she calls the ‘Sambola’ (instructions are included). Here, the bourgeoisie are human again, possessing their very own discreet and inimitable charms.

An acquired taste, but a taste you should really try to acquire.