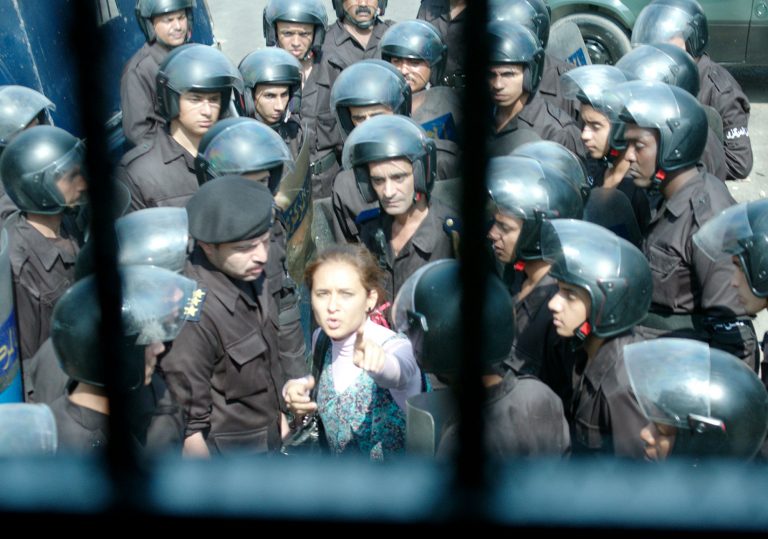 Going in blind, but the set entirely-in-a-riot-van premise is interesting.

Deeply involving and just as harrowing.

This film takes place two years after the Tahrir Square protests. The ousted Muslim Brotherhood and the military forces who removed them have taken to the streets, with ordinary citizens who support either side joining the melee. Authorities are finding it increasingly tough to retain a grasp on public order. Clash is the second feature by Egyptian director Mohamed Diab. It is set in the chaotic aftermath of President Morsi’s removal from the Egyptian government, and it takes place over the course of a day and night in 2013.

This is complex and combustible subject matter to tackle, and the director handles it by cleverly narrowing the scope of his material – the film’s POV is con ned to the interior of a riot van. Various people caught up in street violence are bundled inside, including two AP journalists, a handful of anti-Muslim Brotherhood protesters and a clutch of virulent MB supporters. The camera whirls around its subjects with surprising dexterity, using the barred windows to form a 360 degree view of the carnage outside. From opening to closing shot, it remains in this claustrophobic space – but the result is never gimmicky. Diab keeps the set-up relatively simple, using handheld shots to generate a sense of urgency.

The strong ensemble cast work well to humanise a story that risks coming across as pure allegory. Of particular note is Nelly Karim as Nagwa, a fiercely protective mother thrown into the conflict with her pre-teen son. What begins as a microcosm of the division outside – fierce loyalties, deep mistrust, outbreaks of violence – soon dissolves into a more mutable vision of human alliance.

The film’s vision doesn’t settle for soft idealism. It’s simply that, as desperation for fresh air, water, and amenities increases, basic need overcomes the energy for political strife. As the ragged group circle around the windows for a hint of breeze in the stifling Cairo heat, they watch helplessly at the street clashes outside. Different factions plead with the police for help, chant slogans, or call out for their missing relatives. The police aren’t cruel to them – merely indifferent and careless.

Following the police van also cleverly positions the viewer at the heart of the action. The vehicle is caught in the forward charge of rioters, strafed by bullets and dented in a sky-blackening rain of lobbed rocks. The occupants of the van often must throw themselves to the floor or quickly block the windows from clouds of noxious tear gas. The film might casually be called a thriller, were the human stakes not so high. Eventually, clouds of smoke, red police lights and rioter’s green laser pointers obscure the van completely. It has an uncanny resemblance to some kind of hellish nightclub.

As each character stakes out his or her own viewpoint, Clash does stumble through the occasional stretch of informative exposition. But it’s forgivable given the compact nature of the action; we rely on these people to inform us of the wider conflict. Yet the film is less explicitly political than it is broadly humane. In a nation increasingly split into angry factions, Diab looks to the commonality of human experience and suffering to heal a country’s weeping wounds.

Going in blind, but the set entirely-in-a-riot-van premise is interesting.

Deeply involving and just as harrowing. 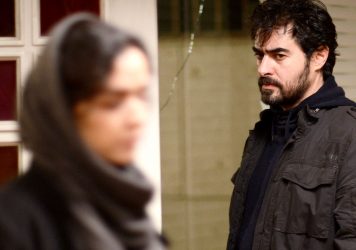