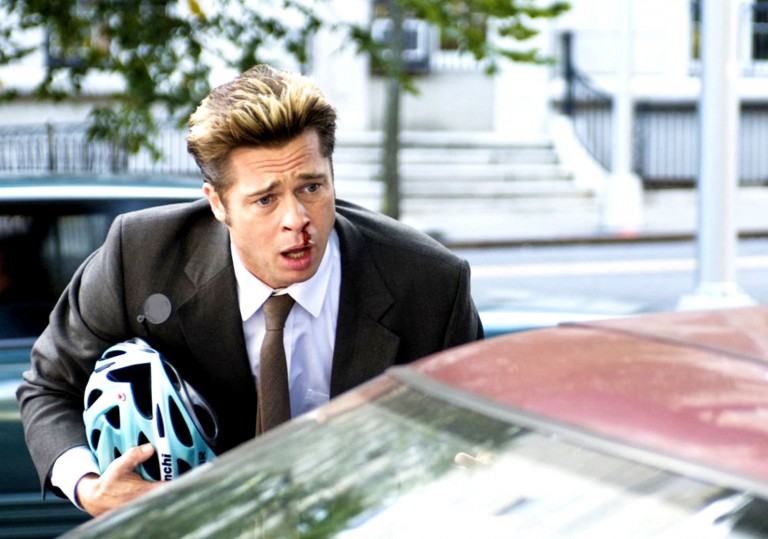 It’s the Coen brothers, isn’t it?

Witty, smart, laugh-out-loud and disturbing too.

Still stunned by one of those fatal twists.

The Coen brothers are on fire. After re-inventing the modern western by slamming an action movie up its pipe in No Country for Old Men, they’ve now created a new film genus entirely – call it ‘screwball nihilism’ – in Burn After Reading. For this quirky A-list comedy ensemble that deals ostensibly with hapless hucksters and wannabe spymasters is really about the nagging emptiness of the human condition.

Cox, an embittered burgeoning alcoholic, is on the cusp of divorce from frosty wife Katie (Tilda Swinton), who in turn is having an affair with ex-Federal Marshal Harry (George Clooney) – who himself is about to embark on a secret affair with Linda.

It’s typically labyrinthine stuff, but it unfolds, as you’d expect from the makers of Fargo, with effortless precision and then happily degenerates from comedy threats and misfired extortion into accidental manslaughter and, ultimately, multiple grisly murders (a shocking scene midway through the movie signals the downward spiral).

And yet, it’s not the murders here that make it dark. Instead, it’s the sheer desperation that defines every single character. Linda’s craving for surgery is near-psychotic. Harry’s addiction to online dating is crippling. While Cox’s vanity, evinced brilliantly in the way he refers to his memoirs as “my mem-wah” is heartbreaking. The result is a movie that’s funny, cruel and just the tiniest bit depressing. But in a good way.

It’s the Coen brothers, isn’t it?

Witty, smart, laugh-out-loud and disturbing too.

Still stunned by one of those fatal twists.