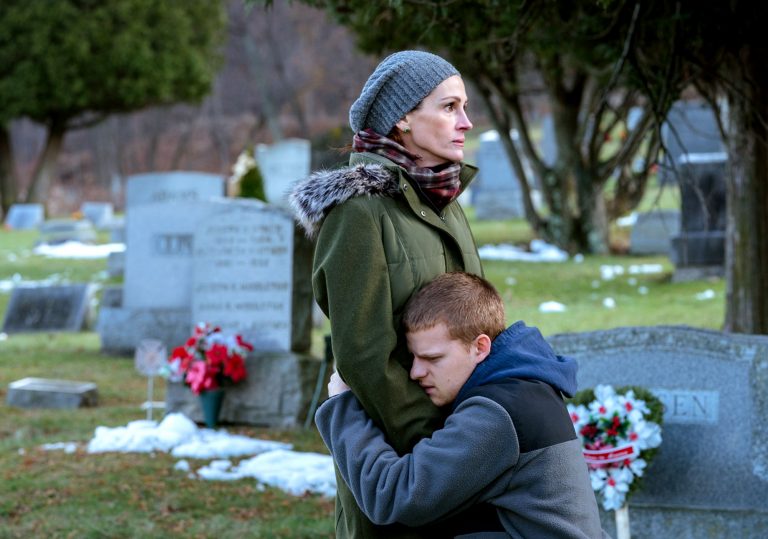 Hedges Jr is reliable, but is it a good idea to let Hedges Sr orchestrate this?

The astonishing chemistry makes you wonder how long Julia Roberts had secretly been Lucas Hedges’ mother without telling anyone.

The actors do their utmost, but a strained script lies heavy on your heart.

Lucas Hedges plays a teenage drug addict who attempts to reconcile with his mother.

What does Lucas Hedges have to do to catch a break? Hollywood’s golden boy has been going from strength to strength, but he’s seldom allowed to do so with a smile. Whether he’s grieving (Manchester by the Sea), angry (Three Billboards Outside Ebbing, Missouri), sexually conflicted (double strike for Lady Bird and Boy Erased) or just plain mean (Mid90s), the soft-featured actor has impressed in his use of distress.

This time, he’s acting alongside an on screen mother – Julia Roberts – and an off screen father, writer and director, Peter Hedges. In Ben Is Back, the eponymous adolescent returns home, and so too does Lucas’ suffering.

While Hedges Sr has directed a drama that is contained and sober, the Burns family is anything but. On a fateful Christmas Eve, Holly is driving three of her kids home when she arrives back to see her fourth, Ben, vaping by the front door. Roberts lights up the screen as the all-in, anxious but endlessly loving mother. Her strength is put to the test as she must survive the unexpected homecoming that has been thrust upon her well-maintained, but internally fractured family.

It’s true, Ben is back – but only for 24 hours, as he’s in rehab. Hedges gives nuance to the teenager, clearly still struggling with drug addiction and fighting his impulses in order to better love his family. It’s a case of damage limitation, as heavy apprehension (at times a touch overwrought) frames the reunion.

Ben’s sister Ivy (Kathryn Newton, who previously played the more suffering sibling opposite Hedges in Three Billboards), barely tries to conceal her contempt as she recalls the severe pain her brother caused before he went away. Drugs, jewellery and other potential triggers are hidden in the house to avoid any impulsive danger – and Hedges Sr’s script steers away from too much introspective psychology by peppering in some discordant humour.

The family’s tentative reconciliation takes a sharp turn, as the film bifurcates and zeroes in on Roberts and Hedges. By this point, the strength of both actors has allowed them to mobilise private emotions for one another. Roberts skilfully navigates trust and terror with a wired smile and enormous eyes, while Hedges confirms his credibility as a young man both hardened by pain and guided by feeling.

He doesn’t steal scenes so much as he nurtures them so well, with a patient and focused stare, that his absence is always deeply felt. As Holly and Ben drive into the night, the versatility of the performers increases – but so too does the film’s melodramatic tendency.

Ben Is Back takes good care of parents and children, offering a sensitive and panoramic understanding of how deep love runs, and to what extremes it can take you. On the strong shoulders of the main cast, the harrowing episodes feel manageable. Not so long after the release of the father/son portrait of addiction, Beautiful Boy, it’s still valuable to examine the ripple effect of privileged but still painful disease.

But could this mark a turning point for the stories these boys are allowed to tell? Instead of fading to white at the first sign of hope, perhaps trust could be placed in their strength, in their future, to let them live beyond their demons.

Hedges Jr is reliable, but is it a good idea to let Hedges Sr orchestrate this?

The astonishing chemistry makes you wonder how long Julia Roberts had secretly been Lucas Hedges’ mother without telling anyone.

The actors do their utmost, but a strained script lies heavy on your heart. 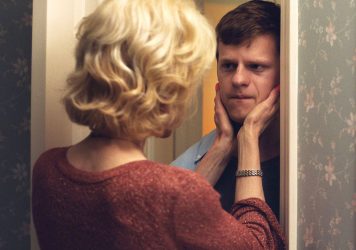