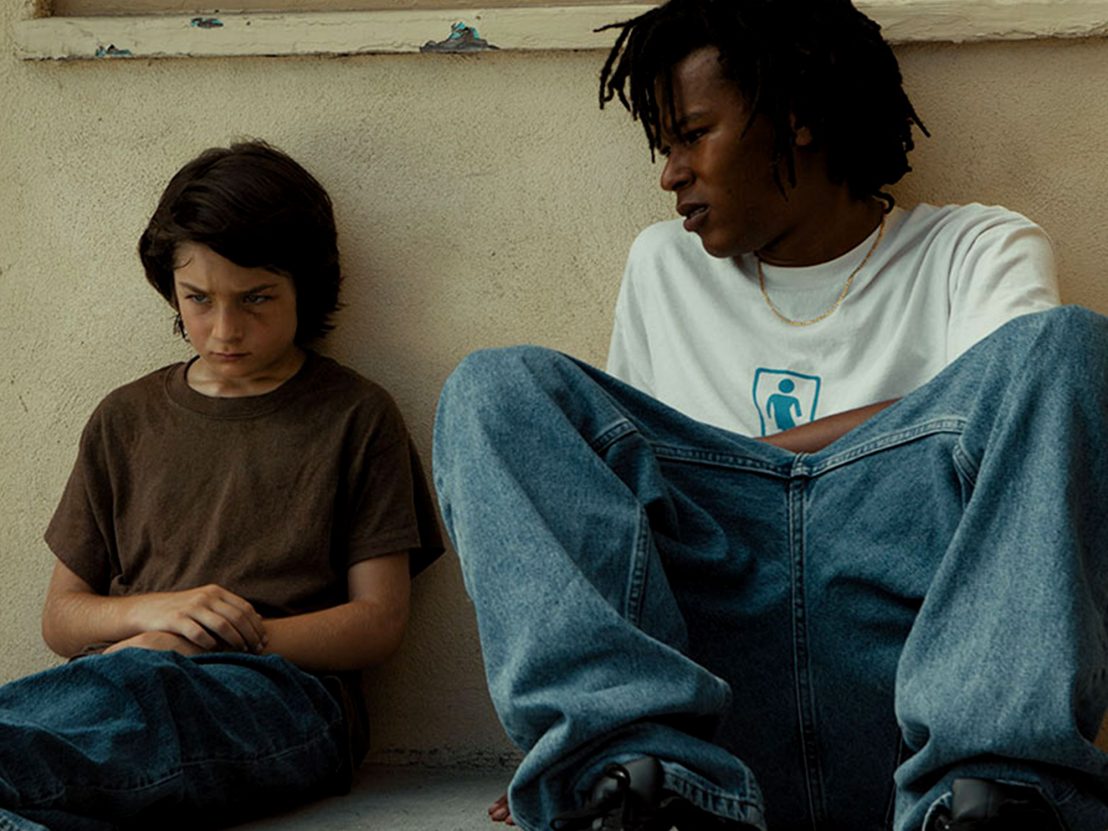 Cynics may wonder what Jonah Hill has to bring to the coming-of-age genre in his directorial debut, Mid90s – after all, many a successful actor has turned their hand to filmmaking to underwhelming effect. Perhaps a healthy dose of skepticism is no bad thing when it comes to film criticism, but in this case, all fears of Hill’s film being little more than a vanity project disappear within the first five minutes of this sweet, bloody-knuckled take on teenage life.

Thirteen-year-old Stevie (Sunny Suljic) lives with his single mother Dabney (Katharine Waterston) and surly 18-year-old brother Ian (Lucas Hedges), who takes great delight in beating up and deriding his younger sibling at every opportunity. It goes beyond playful facial rivalry: Ian is violent towards Stevie and treats him with contempt, while Stevie reacts only by idolising his brother, seeking to impress him by listening to the same music, desperate to be his friend.

When this fails, he befriends a local group of skaters, comprised of Ray (Na-kel Smith), Fuckshit (Olan Prenatt), Fourth Grade (Ryder Mclaughlin) and Ruben (Gio Galicia). Soon welcomed into their rough and ready family, he takes to skating, smoking and drinking in part to impress his new friends, but mainly because he’s desperately looking for an escape from the rest of his life.

In a remarkably tender and often heart-breaking performance, Suljic conveys a lot while actually speaking very little. He self-harms to alleviate the pain of feeling like he doesn’t fit in, and has a seemingly permanent scowl only replaced by a beaming grin when he’s shown positive attention by his newfound friends.

Skating allows their tribe a sense of infinite freedom – they’re happiest when they’re on their boards. Although Stevie’s friends are bad influences in some ways, they care deeply for their young pal, providing him with the life lessons and emotional support he’s been lacking from his actual family. Hill’s script is oftentimes very funny (no surprises there) but it’s the deep cuts about growing up which really demonstrate his talent as a writer.

Shot on Super 16mm at a 4:3 aspect ratio, Hill captures the rough and ready aesthetic of ’90s Los Angeles without it ever feeling cliché, giving the film a unique look which sees blue skies contrasted against ashy concrete. The eclectic soundtrack features era-appropriate songs from the likes of Nirvana, GZA, Cypress Hill and the Pixies, but it’s Trent Reznor and Atticus Ross’ melancholy score which really complements the film’s sense of fragility and adolescent loneliness. Mid90s is a scrappy triumph, with heart, soul and a boundless sense of adolescent energy.