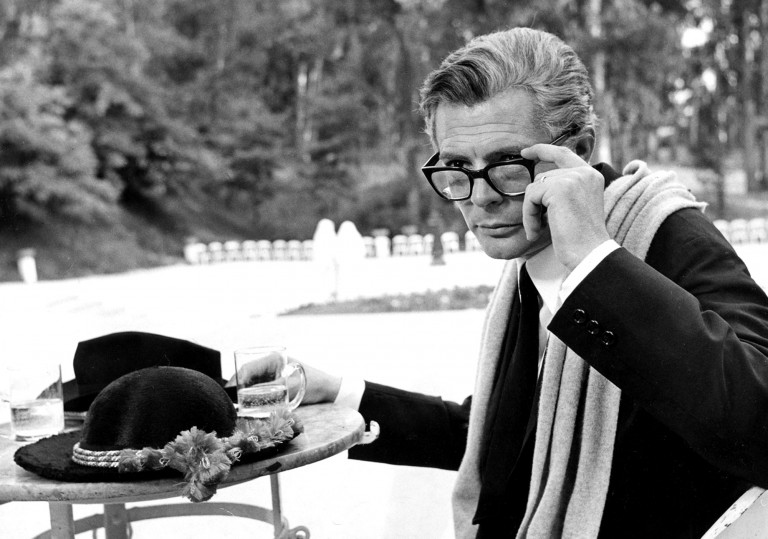 A new reissue for an iconic phantasmagoria that’s at home on the big screen.

A carnival of the soul.

Federico Fellini’s two biggest smash hits were both filmed in black-and-white. But we recall La Dolce Vita as black – the chic night of the Via Veneto. And we recall 8½ as white – the clouds through which the film’s hero floats in the opening dream sequence; the steam room billowing at his spa; the blown-out sunshine blinding his stone courtyards. 8½ is the ethereal one.

The context is always clear when this film’s action transitions from reality to dream to memory to fantasy. And the story is not difficult — Mastroianni drifts and dodges as Fellini’s alter ego Guido, a film director who struggles to calm his nerves, reach a breakthrough from creative block, fend off questions from colleagues and juggle a wife and a mistress as they threaten to collide. Some may find 8½ disorienting upon first viewing, because of the fluidity with which its modes of reality seep into one another, and maybe because the very look of it, even during its most literal passages, feels like a break- away from physical to psychological space. To enter 8½ – whether or not you’ve seen his seven-and-a-half previous films – you have to wantonly descend into Fellini’s mind.

Once tuned into its wavelength, 8½ releases rewards that make clear why it regularly appears on greatest film lists and is a touchstone for beloved contemporary auteurs from Marty to Woody to Gilliam to REM. Yes, there are the endlessly parodied set pieces: the serving of mineral water accompanied by ‘Ride of the Valkyries’; the suffocating traffic jam; the primal rumba of Saraghina; the harem of Guido’s mind, in which his whores and virgins turn on him, even though he has a bullwhip. Yes, the film is a dexterous, whistling pageant of the unconscious and the immediate, the languid and the intense, freeze-frames and full-motion. It finds both the frenzied despair and the inherent comedy in personal collapse, in fear of women and in the extravaganza of dramatic enterprise. But above its knowing virtuosity is a naked sincerity, and each time you revisit the film’s ever more familiar haze, you realise it’s a film to grow old with.

8½ was not just the point at which Fellini’s career became consumed in his magical, theatrical and grotesque obsessions but also the moment they assumed elemental proportions. The flashbacks to boyhood Guido, running away from a bath, or learning the incantation ‘Asa Nisa Masa’, evoke a vulnerable, distant core of being. The flurry of guilt, self-doubt, libido, impotence, Catholic duty, criticism and mithering Guido suffers through his odyssey offers a map of life’s stresses.

The ending, of ringmaster Guido conducting all around him into a procession, indulges the cathartic fantasy of untangling the world through art – although it’s dramatic formality by that point, because Fellini’s direction has been doing that through the whole show. What this all adds up to is a mind palace stuffed with secrets and shaken for play – this is a movie that makes navigating life’s circus seem more manageable.

A new reissue for an iconic phantasmagoria that’s at home on the big screen.

A carnival of the soul. 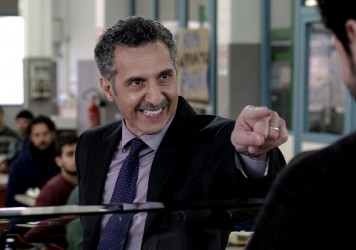