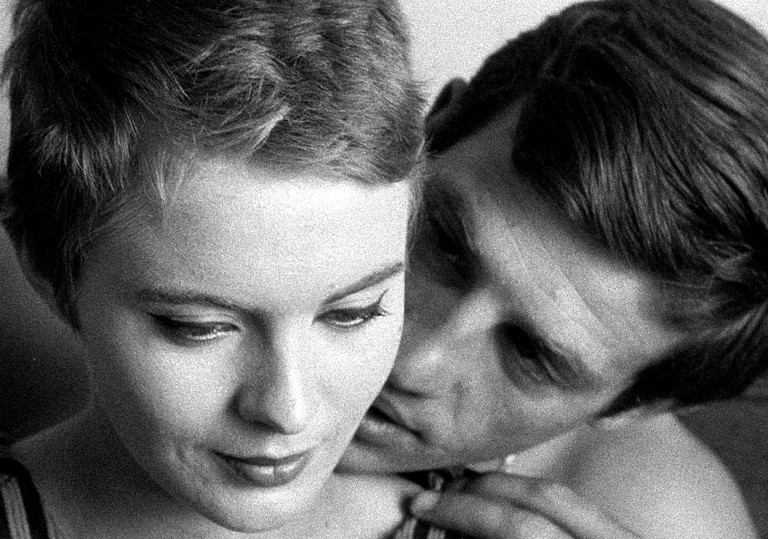 A restored version of Godard’s classic and about time.

The film still crackles with an energy and vitality that belies its half-century.

In some ways it is easy to forget how amazing Breathless was when it was released 50 years ago. Its refusal to conform to traditional narrative rules and use of innovative techniques such as jump cuts, not only rebelled against the traditions of French Classical Cinema but also struck a chord with audiences across the world who responded to not only the vitality of Jean-Luc Godard’s film but to the pioneering spirit of all those who were spearheading the French New Wave.

But it is often the fate of innovators to go unrecognised for their achievements, especially in cinema: after all, the inventive can often seem stale to those unimpressed by the shock of the new.

Breathlesshas managed to stand the test of time still feeling incredibly fresh and exciting, even though the film is half a century old. The plot of the film itself is still mainly perfunctory (reminiscent of the great Hollywood films that were so venerated by Godard and the rest of the ‘Cahiers du Cinéma’ critics who made up the French New Wave) as small time criminal Michel Poiccard murders a policeman and holes up with his lover as he attempts to keep away from the authorities. But this is not a film about plot: it’s a film about moments, about refusing to follow the rules and about freedom.

Indeed Poiccard just may well be the embodiment of the spirit of the whole French New Wave movement. He’s the essence of nonconformity with a galvanising presence that has justifiably earned Jean-Paul Belmondo’s performance an iconic status in cinema history. His louche and childish charm must have felt so different in a time when the majority of main protagonists were uptight good guys; certainly, even in a day when anti-heroes litter the screen, Poiccard is a startling example of sex appeal and nonchalance.

The same can be said for Jean Seberg as Patricia whose liberated attitude and intelligence provide a perfect foil for Michel. The central sequence of Michel and Patricia in her flat, bantering about love and life still seems a brilliantly real and uncontrived depiction of relationship unfettered by the norms of society. Indeed, it is only Michel’s ultimate fate that would seem to restore the status quo but, even then, it seems to be out of respect to the crime genre than any moralistic attitude. And it is responsible for the oft discussed (and oft mistranslated) exchange between Michel and Patricia.

The freedom extends to Godard’s and cinematographer Raoul Coutard’s style which manages to be both naturalistic and artificial at the same time. The jump cuts, rather than being jarring, give the film much of its relentless energy whilst the integration of quasi-documentary footage gives an almost surreal air of authenticity amongst the technical ‘tricks’.

There are times when the status of an iconic film is undeserved and often conferred due to an inability to disagree with received opinion. Breathless is far from one of these films. With an impact on modern cinema that is undeniable, with filmmakers such as Scorsese and Tarantino all citing its influence (though, to be fair, the only person Tarantino doesn’t seem to be influenced by is his postman) – the film is also a stunning work in its right, full of power and vitality that, well, is breathtaking.

A restored version of Godard’s classic and about time.

The film still crackles with an energy and vitality that belies its half-century.