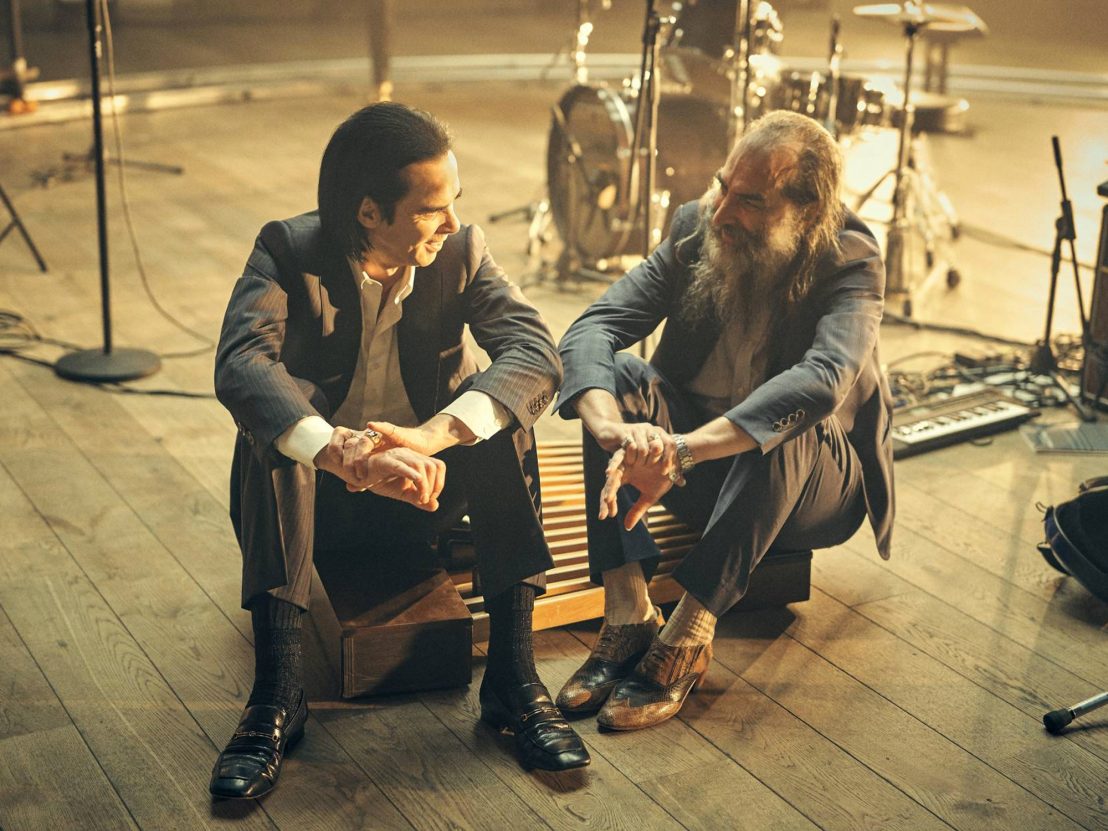 Nick Cave and the Bad Seeds had pursued an intrepid path before Warren Ellis added violin to 1994’s ‘Let Love In’. But once the Dirty Three founder and multi-instrumentalist Ellis established himself a de facto Bad Seed in 1997, the green shoots of a special relationship appeared. Ambient film scores and experimental side projects have followed, building on the partnership’s ever-growing résumé. This Much I Know to be True is filmmaker Andrew Dominik’s second documentary looking at their work and features material from their last two studio albums, ‘Ghosteen’ and ‘Carnage’.

LWLies: How did shooting This Much I Know to be True differ from 2016’s One More Time with Feeling?

Warren Ellis: I guess both documentaries have a backstory of trauma. For this one, we’re all coming through a global trauma with the pandemic. One More Time with Feeling dealt with Nick’s son [Arthur] dying, and it was a difficult thing to make. Making it was just a fog. I really loved that film, and only Andrew could have made it.

Andrew Dominik: In One More Time with Feeling, we’re seeing a guy who’s been shattered by something trying to work out how to take any kind of step forward. He’s saying the right things, but it’s pretty tentative. I think that you’re seeing someone in this film who has not recovered, necessarily, but has integrated it.

Nick Cave established his ongoing fan correspondence series, The Red Hand Files, in 2018. Was it important to you to capture Nick’s reflections on it?

AD: I was living with him in LA when he was really getting into The Red Hand Files. He was more interested in them than the music he was making. He would get a question, and, over the course of a few days, he would read me various versions of the response. I realised he was bringing his mind to heal. He must answer somebody responsibly. This means he must think responsibly. And it means that he isn’t letting insanity gain ground. He loves his family, and he wants to keep it together.

Marianne Faithfull’s appearance in This Much I Know to be True bring its Covid-era timestamp into sharp focus.

WE: I find it to be one of the most moving moments in the film. Even in her chair with Covid, she’s still totally in control, and I love that. It speaks about friendship, what we’ve been living through, and the effects of it. Marianne’s so defiant. You can see that she’s really struggling, but she’s actually more Marianne than ever.

In the aftermath of Nick’s loss, was it difficult entering the creative space with him? You must have felt in a difficult position.

WE: All you can do in that situation is say, ‘I’m there’. Beyond that, unless you’ve experienced it yourself, you can’t dive into where they are. It’s about being compassionate. The sound of [2016 album] ‘Skeleton Tree’ wasn’t intentionally as it was to accommodate what had happened. People complained with Skeleton Tree that there were no beats, there was no timing, and that nobody could play to any of it. Later, I thought, “okay, I’m going to make a beat”.

How did you solve the beat conundrum?

WE: I was sitting around eating lemon drizzle cake with Marianne, and we would be watching the most insane TV series together. She would fall asleep and go, ‘What’s happening?’ I would go, ‘Fuck, Marianne, you’re the one making me watch this! You’re making me suffer here!’

She also educated me on Shelley, Byron, and Keats. She would read their poems, and I would record them. When we started making that record [Faithfull’s 2021 spoken word album with Ellis, ‘She Walks in Beauty’], I decided to use readings of poetry, flip them around backwards, and detune them. That became the beat. The scene in This Much I Know to be True [where Faithfull appears] is part of the creative process of elements of that record. 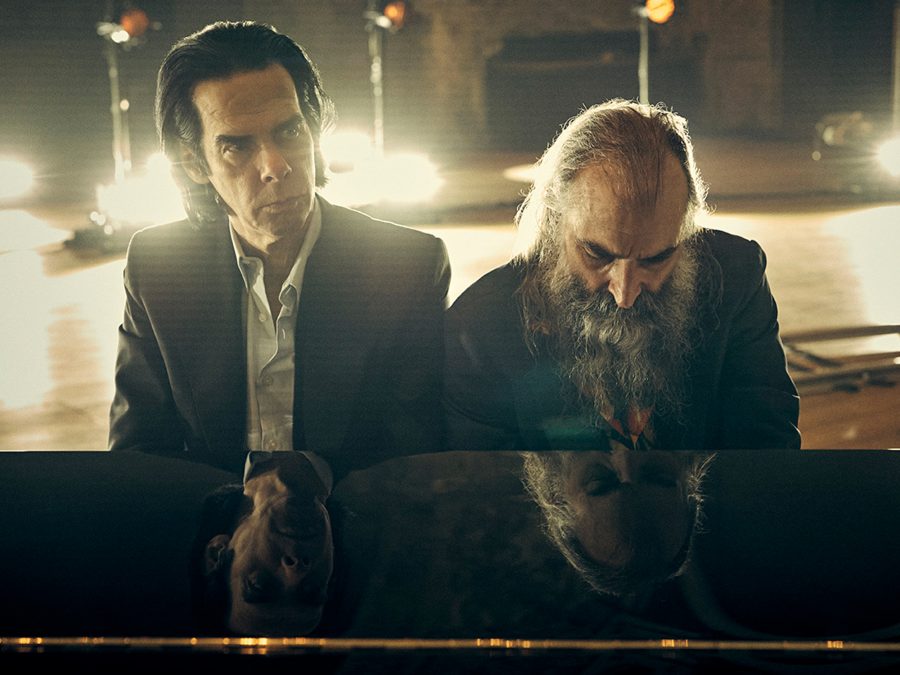 Do you remember when you first met Nick?

AD: The collaboration part started with The Assassination of Jesse James. I needed a barroom singer for ‘The Ballad of Jesse James’. I knew he could do it with some vitriol, so I rang him. He then asked me if he could do the music for the movie. I didn’t know how to say ‘No’, so I said, ‘Yes’. It turned out to be a great decision. That score is amazing.

WE: I met Nick in the ’80s at a dealer’s place where I used to live, but we didn’t talk then. Then, in the mid-90s, we met through a mutual friend who arranged a dinner for us. Nick subsequently invited me into the studio.

How quickly did you realise that you would develop this highly fruitful partnership?

WE: It’s a kind of mystery: which collaborations work, and which ones don’t. I think around the time we did [the soundtrack for] The Proposition it became apparent that we could make other stuff together. It showed that we could move in other ways musically.

Has there ever been a moment where you thought it might be over?

WE: I remember Nick looked at me when we did the playback with a face I’d never seen before. He just said, ‘Fuck. We did it.’ I had this worry suddenly: maybe that’s the end. I always had this thing in my head that one day I’ll make something great, and then that’ll be the end of it. Then I’ll open a fish and chip shop or something. And that’s pushed me on for years. Fortunately, we rolled into doing [the soundtrack] for Blonde after that.

Andrew, speaking of Blonde, this project started in 2008. You’ve lived with it for fourteen years. That must feel like a lifetime?

AD: (Sighs) Yeah, totally. I just couldn’t let go of Blonde. You have a lot of projects that don’t happen. Some of them hold your attention for a year or two and when someone comes up with the money, you can’t be bothered with it anymore. But Blonde was a movie that kept on giving. I kept having ideas and I just couldn’t leave it alone. It’s the film I’ve most wanted to make.

Why has Marilyn Monroe been such a compelling proposition for you?

AD: We know her life. The unloved child that became the most desired woman in the world. She didn’t see the world the way that it was, she saw it the way that she was, and that paid less and less dividends and she killed herself. It’s pretty compelling. Marilyn Monroe is about imagery, and that imagery has meanings that you can distort. You can change the familiar and turn it into something else, and that’s really attractive to me. The movie is great. It’s really powerful.

WE: I think that’s Andrew’s masterpiece. It’s unbelievable. It’s something else.

WE: For me, I go in the same: I take whatever I can into the studio, I set it up, I throw a quick prayer out to the gods, hit record and away we go. The music works with the image in the way that it would otherwise work with the lyrics.

How do you view the future of your creative partnership with Nick?

WE: I hope that we would be intuitive enough to realise the day it’s not working. So long as we’re both curious and push each other, then hopefully it’ll keep going. I’m 57, so what’s retirement? 65 or 70? I’d be quite happy going out onstage or peeling bananas for monkeys in Sumatra or getting back on the gear and going out in a blaze of glory (laughs). I’m amazed I’ve had 30 years doing it. Hopefully, there’s some more left yet. 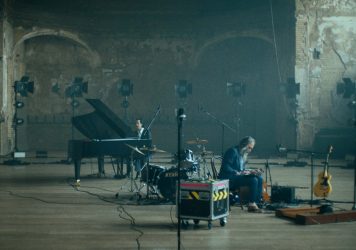 This Much I Know To Be True

Nick Cave and Warren Ellis perform an intimate yet expansive session at the Battersea Arts Centre. The results are mesmerising. 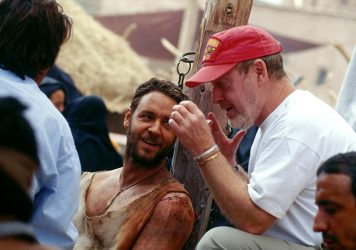