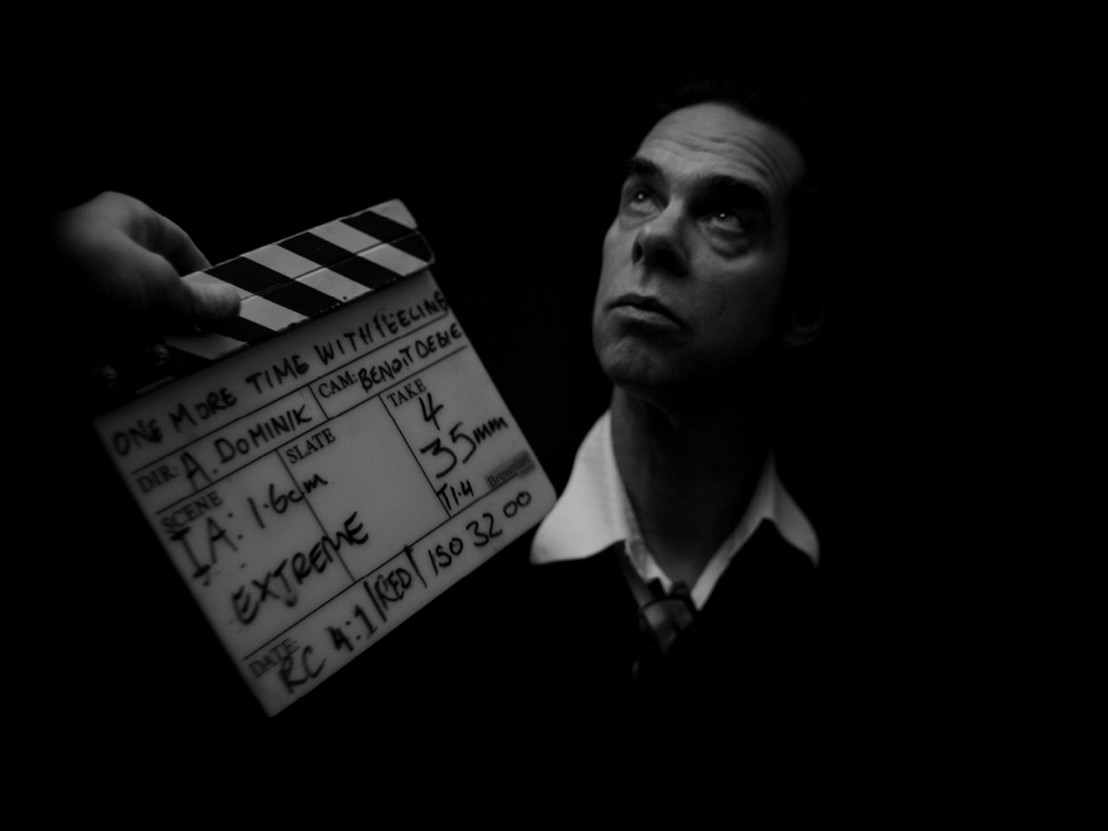 Cave’s son Arthur tragically passed away in June 2015, aged 15, after falling from a cliff in Brighton having taken LSD. During the course of the film, Cave admits he’s now uncomfortable being in front of the camera. For the first time, he says, he has no idea how to act.

He needn’t have worried. Dominik has a natural eye for observing what is unfolding, capturing in vivid detail Cave, Warren Ellis and the band crafting music that can’t help but refer to Arthur, as Cave admits later on. The fact that Dominik and Cave have worked together before (on the soundtrack to 2007’s The Assassination of Jesse James by Coward Robert Ford) creates an essential shorthand and trust that made the film possible. With reservation, Cave reveals far more than he might have otherwise, as he struggles to come to terms with his loss. His wife Susie and their son Earl also contribute.

The film may not prove particularly cathartic for the family – it’s still far too early for that – but it does provide the audience with a framework with which to experience the new music (the album was half finished when Arthur died). Cave apparently wanted this to serve as press and marketing, to save him having to face being asked relentless questions about his loss. It should achieve that and more in the weeks ahead. The album, with its infectious rhythms, lyrical flourishes and emotive themes, will resonate deeply with his fans, too.

Tastefully shot in exquisite monochrome, and in 3D, this is a sensitive work, but surprisingly Dominik finds room for a running gag as well, as the minimal crew struggle to get their new equipment to work, even dropping the 3D camera on the studio floor at one point. The 3D also serves a dual function, offering both a closeness and a distance with its subject. Cave is often heard in voiceover, narrating and reflecting, with the action split between Air Studios in London, the family pile in Brighton and the back of various taxis (DA Pennebaker’s Don’t Look Back was apparently a key influence.)

Surpassing the other very fine Nick Cave doc, 20,000 Days on Earth, One More Time With Feeling is a profoundly moving experience, particularly when the family comes together on screen. This film will leave you feeling numb. One can only imagine how the film will ultimately affect them.

One More Time With Feeling is in cinemas for one night only 8 September.