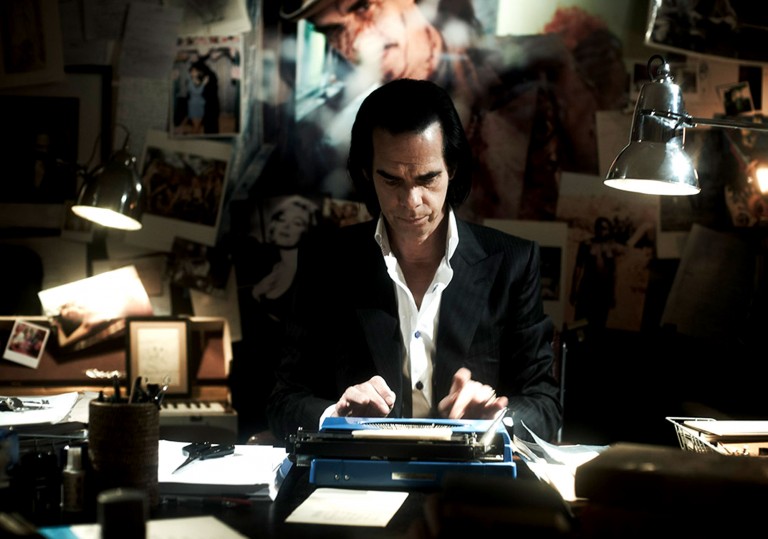 Nick Cave is a cool cat.

No ordinary rock doc, but nothing particularly special either.

When Nick Cave speaks, people listen. Whether he’s up on stage in his element, snaking and thrusting like Mick Jagger possessed, or idly chit-chatting with a bandmate or close friend, the Australian alt-rock icon has the commanding presence of an evangelical preacher. It’s fair to say that Cave has relished having his voice heard for the past three decades. But now, at 56, the time has come to take stock.

Part psych-chair confessional, part concert hall sermon, part ode to his adopted hometown, Brighton, 20,000 Days on Earth documents an artist facing their own mortality for the first time. Not in a literal sense — various clips from recent live performances suggest there’s no risk of Cave packing it in anytime soon. No, this is an artist looking square in the mirror and asking, ‘What am I doing here?’ and more simply, ‘What am I?’ The response is intimate and engrossing, and will no doubt have Cave’s legions of fans in raptures. But an objective biography this isn’t.

Conceptually, directors Iain Forsyth and Jane Pollard pitch their film as a Cave on Cave-style discussion around the most common themes and trends in his extensive repertoire. It’s his story, and this is the only way he’s prepared to tell it. And that’s fair enough. Besides, Cave is surprisingly forthcoming, self-effacing even, when ruminating on his legacy, although the heavily staged day-in-the-life format gives him ample opportunity to massage his own ego. Pretentious? Maybe. Self-indulgent? Unavoidably so. Enriching? Absolutely.

This is a uniquely refreshing profile of a popular yet strangely unfamiliar cultural icon. In its best moments — most memorably a dinner scene in which Cave and long-time buddy and collaborator Warren Ellis recount a legendary Nina Simone gig they attended several years ago (“All she wanted that night was champagne, cocaine and sausages”) — 20,000 Days on Earth manages to peel away the famously morose persona to reveal the ‘real’ Nick Cave.

We learn about his heroes and demons, his fears, desires, greatest conquests and deepest regrets. The title refers to an approximate calculation of the amount of days Cave had been alive for on the day he started recording ‘Push the Sky Away’, the fifteenth studio album by Nick Cave and the Bad Seeds. Using this as their jumping-off point, Forsyth and Pollard explore Cave’s creative process from a largely existential standpoint, structuring their film around the universal notions of identity and existence, and the ways we define both.

The trouble with this is that Cave, as he wryly infers in his opening monologue, is no mere mortal. It’s clear he’s operating on a higher plane than the rest of us, and while most of us won’t be able to relate to his experiences, his constant theorising and lyrical pontificating make it even harder to engage with his insights and observations. During a Twitter Q&A last year, Cave told one young fan who expressed a desire to be like him to “lower your expectations”. The same goes for anyone hoping to establish a spiritual connection with this charismatic and elusive idol.

Get behind-the-scenes with over 50 minutes of exclusive extras only on We Are Colony.

Nick Cave is a cool cat.

No ordinary rock doc, but nothing particularly special either.