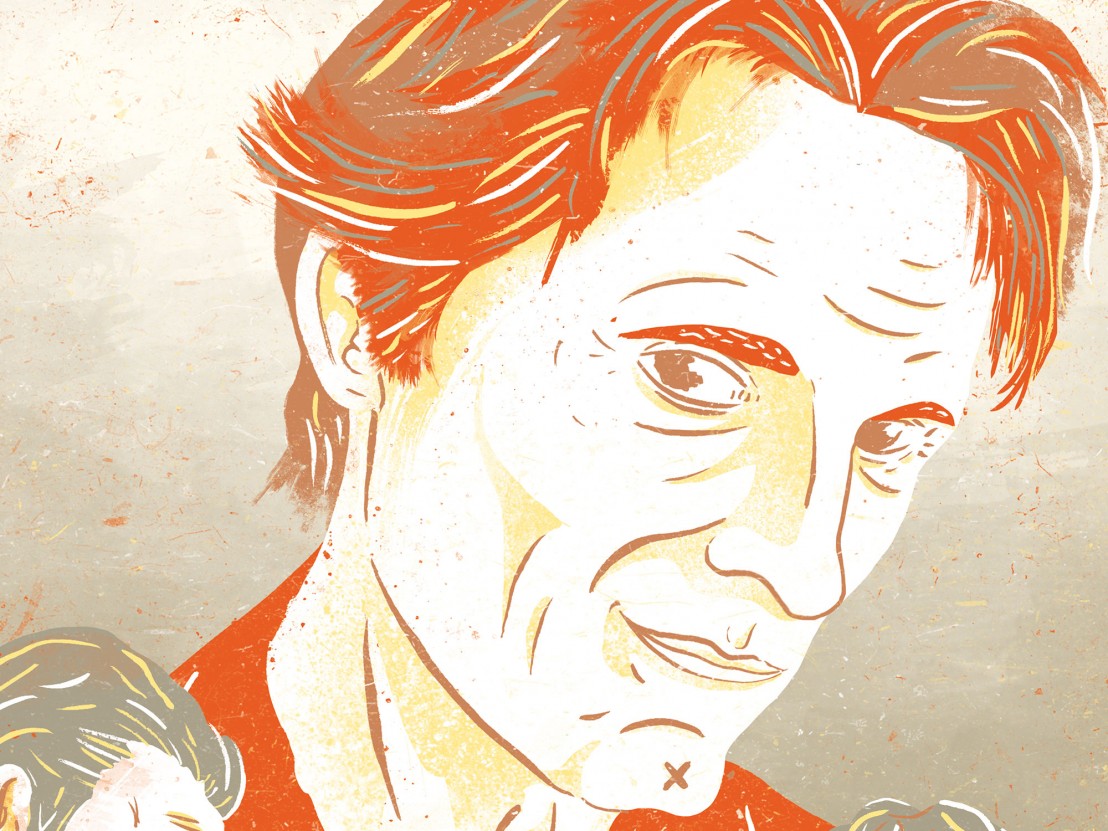 It’s quite breathtaking the extent to which actor Viggo Mortensen has engaged in a professional cut and switch, shunning his mainstream breakthrough and selecting projects that he feels personally passionate about and working with filmmakers who are working on the fringes of cinema. The salad days of Lord of the Rings are no more, and now he’s making movies like Jauja, a bizarre and beautiful existential western about a father searching for his daughter on the rocky tundras of southern Argentina.

The film, by Argentine director Lisandro Alonso, comes across as a true collaboration between actor and director, redolent of the work Mortensen was doing with David Cronenberg, such as Eastern Promises and A History of Violence. We met Mortensen during the 2014 London Film Festival where he spoke about football, festivals and the joys of breaking convention.

“At Cannes, we were on the red carpet with homemade signs. It said in Spanish, “We Want The Cup” which meant the equivalent for all the Americas of the Champion’s League. The team that I like, and the team that the screenwriter Fabian Casas likes is San Lorenzo. And they had never won it before. And that’s goes back 60 years to when the club first started. We’d come close, but never quite nabbed it. The five other big traditional teams had all each won it, and they would habitually make fun of us. So we did actually win it that year, so we’re playing in the world championship of clubs. Whenever I’m in Argentina I try to go and see them.”

“We had some great screenings in Toronto. Like another Argentine movie I made a few years ago, I really got a kick from just watching how an Anglo Saxon audience would relate to it. They were really, really positive. They got all the humour and they stayed for the Q&A and asked great questions. Even if you resist it or object to its rhythm of its strangeness, it’s a movie that cuts through the fog, especially for people who see a lot of movies. It stays in your mind despite the untold amount of images that stay in your head during a festival. I think it’s also a film that evolves. I’ve talked to people who’ve seen it a couple of days after, and some of ’em have seen it a second of time, and their perception evolves. It’s a movie they debate inside themselves.”

“Lisandro’s previous films haven’t been what you’d call conventionally beautiful. But this one is, I think. And that’s what you get when you hire a cinematographer like Timo Salminen whose known for his old-fashioned, theatrical lighting and composition. It lends something extra to Lisandro’s usual treatment of people and landscape. I think it’s really effective, because in a subtle way, it helps you move towards something that is a little more like a dream state. The more mundane the dialogue is, the more naturalistic the behaviour is. With that lighting it’s already setting the scene for… something.”

Viggo on films that don’t explain themselves

“The suggestion is that it’s this standard western plot, like The Searchers, with this guy going off to look for his daughter in a wild landscape. But I think it earns each bold step it takes. There are aspects you can debate with the people you see it with. What Lisandro does which is unique is that he makes a movie in Jauja that’s truly original that doesn’t really make reference to other directors or other movies. Lisandro resists explaining things. And that’s no different to David Cronenberg. They’re both directors I like because they ask a lot of questions and they don’t give you any answers. They respect you as an audience. There is a story there, and there is something that happened, there is a resonance. A lot of movies that make it into the mainstream top 10 lists, you’re not going to want to go back and watch them again. You know they won’t improve. Jauja has a staying power.”

Viggo on the first 15 minutes of a movie

“With any movie, you have a good 10 minutes. Maybe 15, that’s a free pass with the audience. It’s that time where you don’t really know what’s going on and it takes a while for you to couple with the world the director is offering. But after 15 minutes, if you’re still at that disconnect, it’s likely you’ll turn off. With Cronenberg, recent things like A History of Violence or Eastern Promises, even those first minutes you do wonder what’s going on. Is this clumsy? Is there something off? It’s his world, and you have to make the effort to slip into it. This is what happens with Lisandro. He grabs you with this beautiful imagery, and you’re drawn in. There’s something happening, there’s a story, but one which goes at its own pace. He breaks with convention.”