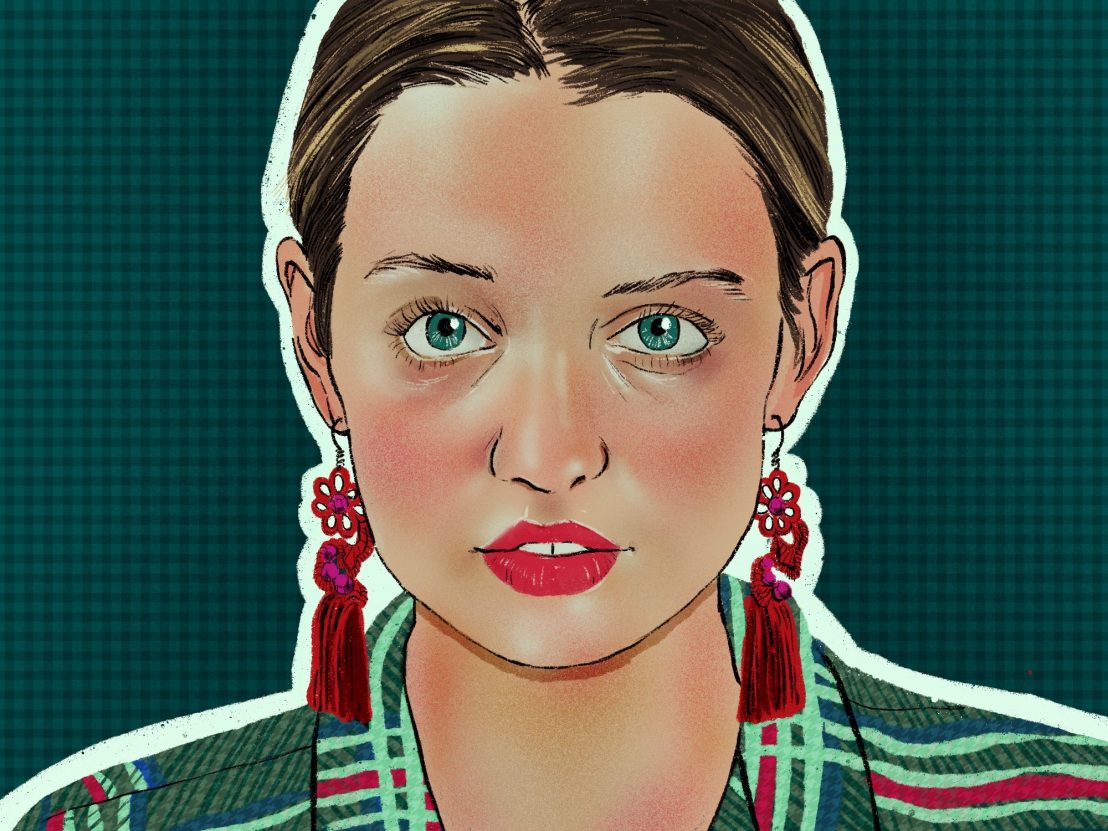 Having been delayed for almost two years by the pandemic, Michael Caton-Jones’ Our Ladies, adapted from Alan Warner’s 1998 novel ‘The Sopranos’, finally arrives in UK cinemas this month. Set in 1996, the film follows six 17-year-old Catholic schoolgirls from the Highlands who head to Edinburgh for a choir competition, only to get caught up in debauchery.

Greive: In nursery, I played a sheep one year and Mary the next, which is a kind of career progression I’ve never nailed since. I started youth theatre at about nine and then when I was thirteen, my Edinburgh youth theatre Strange Town, which I’m now patron of, started a little agency to run alongside. And it just went from there. I’ve been professionally acting for about ten years, which is quite strange to say at 23. I loved being in youth theatre and then the odd CBBC job came my way, which was great. And then Our Ladies happened, which was completely different and amazing.

You benefitted as a young performer from Strange Town’s bursary schemes. How do you feel about the current state of access for actors from low-income backgrounds?

I’m worried, but I think everyone has been for a very long time. As much as there are people fighting back against the arts cuts, it is scary. And there’s such a huge divide sometimes in the industry. Everyone that I’m friends with is aware of the fact we all come from very different places of privilege. You might have had private school connections and then you were able to find an agent through family and friends, whereas other people come through youth theatre and there’s the difference between that and drama school. There are many channels into the industry, but the main disadvantage is that some people just don’t have the money to do it. From my youth theatre there were so many talented people, but professional acting didn’t feel like something they could feasibly just go and do.

I still remember a friend in primary school saying, ‘My mum says that you’re gonna end up working in a fish and chip shop.’ I remember being really upset about it, but then also saying, ‘Well, if I worked in a fish and chip shop, maybe I’d enjoy it!’ That’s a classist comment. If you’re doing it to support yourself, there’s no shame. But there’s a strange hierarchy I think people shy away from, pretending that if you’re talented then you’re going to reach a certain level. That’s not always how it works. There’s also a lot of luck. And then, yeah, bursary schemes involved.

Considering all that, did the exploration of class in Our Ladies stand out to you?

Yeah, I felt I really knew those girls. I’d become aware of ‘The Sopranos’ as a novel a while beforehand because there was a play adapted from it called Our Ladies of Perpetual Succour. I just felt it was so authentic without ever doing poverty porn. There was something about Our Ladies that allows these girls to be very cinematically, classically framed in the way Michael shoots, where he’ll do these massive wide shots and six people moving in and out. As much as I also love the shaky handheld stuff often used with working-class kitchen sink dramas, it was really refreshing to have someone approach it as if they were, say, fighter pilots in World War Two. Someone who’s gonna frame you against a beautiful sky or stunning backdrop of Edinburgh. There’s this one bit where I’m sitting on Calton Hill and it looks like a fairy tale.

I don’t think working-class women get to be portrayed like this all the time. There’s a roughness sometimes to the way they’re shot, which is authentic in some ways. But it was very refreshing to me to have someone explore class really authentically and make it clear how individual all these people are. Working-class people aren’t homogeneous. They don’t all want the same things. And there’s something quite wonderful about the way that Michael did that.

What do you think Our Ladies has to say about being Scottish, being young, and sexuality?

It’s not a shortbread haggis movie. It comes at Scotland from a very authentic place. The vernacular the girls use is really authentic. And as much as there’s a roughness to the way some of them speak to each other, there’s that classic caustic wit I think Scotland’s known for. Especially when now living in London, everyone’s like, ‘You’re rude sometimes.’ And I’m like, ‘No, I’m funny.’ I think it’s how people show their love and affection.

I like that it takes their youth seriously. As much as we know these girls might be blowing molehills into mountains, it takes their wants and desires really seriously. And I think it’s important we see that with young women. I love that Olivia Rodrigo’s album is at the height of teen angst and everyone’s taking it seriously. We should take teenage girls’ emotions a lot more seriously than we do because they’re very real. And I guess, being young, you have so much opportunity in front of you and so much life to live, but it can also feel like the ending of being young is the end of your freedom in a way – for a few of these girls because of their opportunities in life.

With regards to sexuality, I was reading a good thread on Twitter about how people often shit on rom-coms, but those present female desire as such an important thing. And it was really wonderful to read a script, and then see something shot, where 17-year-old girls are sexual, because they are sexual beings in real life, 100 per cent. But they’re never sexualised in the film. They’re just able to express themselves and what they want and how they choose to express themselves sexually is completely on their terms, which is quite wonderful. It’s becoming less rare, but definitely when I was growing up it didn’t feel like there were films like this.

Our Ladies was already in pre-production when Derry Girls first aired in early 2018. Some people have pitted the two against each other but the actual stories and characters are very different. How would you pitch the film to anyone hung up on superficial similarities?

I could explain to them how it’s different while saying that, obviously, I’m a big fan of the aforementioned show. I think it’s absolutely wonderful. I would say it’s a very England-centric thing, isn’t it, whenever someone’s like, ‘Derry Girls and Our Ladies are exactly the same.’ Well, one takes place during The Troubles. Having been to Belfast and having friends in Belfast, it’s a little bit weird that you’ve kind of forgotten about that huge piece of Northern Irish history. The other one’s taking place in a fun day out in Scotland where you don’t have the same kind of threat or historical absolute suffering going on. It’s just not the same thing.

For me, it’s a shame that, I guess, because of the Catholic schoolgirl thing, there’s an instant reaction of, ‘They’re identical.’ It’s a very English way to see it, to say that Scotland and Northern Ireland are the exact same, despite the fact that they’re really not. We’ve got a lot in common, like caustic wit, great chat, really good drinkers and a few Celtic names. But beyond that, they’re incredibly different. There’s a lot of that kind of really quick comparison, as with the slam-dunking of, ‘Well, only women should be telling women’s stories.’ But we don’t have enough women’s stories out there to begin with. And we don’t have enough working-class women as the focus of a film, anyway.

It’s a bit shallow sometimes to be able to make these comparisons really quickly. And that’s probably harsh and someone will definitely tweet me about it. But it’s frustrating because working-class women aren’t a homogeneous group of people. There’s the idea that we see working-class people as all interchangeable, but we don’t for upper-class people. They’re seen as individuals. It’s why we have so many films about generals in wars, landed gentry or the royals. And I love a lot of those films, but we give them a chance to have agency, dreams and goals. Whereas we look at working-class people and say, ‘Oh no, no, you’re the exact same and that’s how it works.’

It’s a specific attitude in this country, rooted in centuries of being told that working-class people “can’t appreciate beauty”. I think we just need to remember, whenever we’re making these comparisons, that there’s so much art that already exists about so many other groups of people. And whenever we talk about any underprivileged or marginalised group and we say, ‘Oh, we’ve already got this one piece of art for you. Why do you need another?’ Well, why shouldn’t they have another? Everyone else has loads!

You’re very active when it comes to in-person protesting and online campaigning regarding social injustice. How important do you think it is to speak up when you have a platform?

I grew up in ex-council flats and know a lot of that community that lived there. My parents are jazz musicians – when the pandemic hit, they didn’t have any support. I’m a bursary kid. And I’ve thought about this a lot in the last year and had a bit of a reckoning with what my idea of success is. If it takes place in a world that’s literally burning and people don’t have guaranteed good housing, food and basic human rights, how can I look at that and then be like, oh, but I’m gonna go off and do whatever. I’m so lucky in that I do a job where you get a nice chunk of money and then you have all this free time, so why not volunteer as much of that free time as possible to make sure that people just stay safe.

What sort of films would you like to make?

Hopefully I’ll have a career where I get to do many different things and don’t get stuck at any point. Especially after the last couple of years, with the pandemic, I just want to do stuff where it gives me some joy and everyone’s eager to be there. I’m really lucky to have some casting teams giving me opportunities to be more than I ever thought I could be. Which is in a way, also, what Michael did with Our Ladies. I never thought I could do what I did. Trust and support and allowing you the freedom to fail, that’s quite a magical thing.

Our Ladies is released in UK cinemas on 27 August. 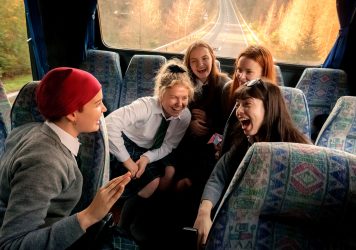 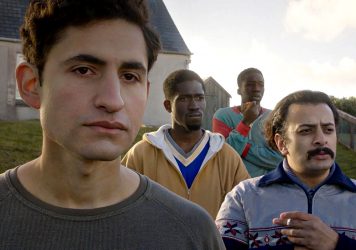