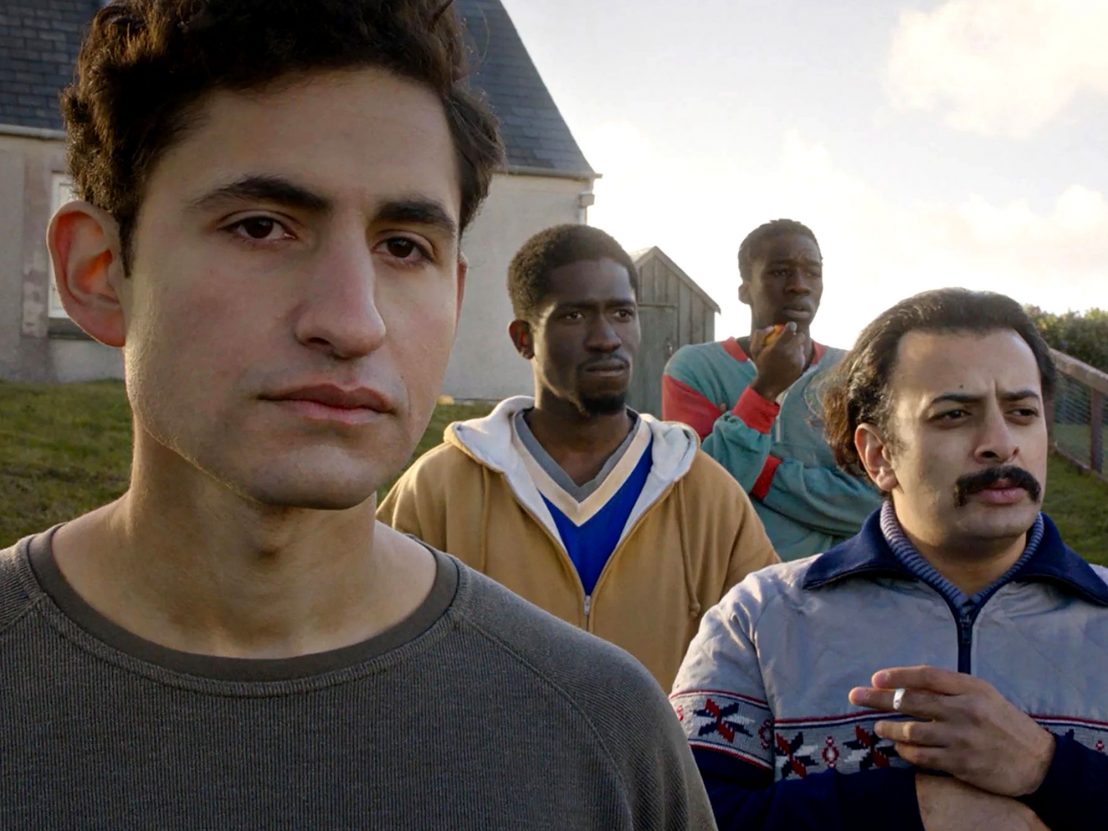 I’m not convinced I love my country. It’s a thought that became cemented in my mind when watching Ben Sharrock’s Limbo. The film centres around a group of asylum seekers stuck on a remote Scottish island in a purgatory-like wait for confirmation of their refugee status. But the opening seconds are enough to convince hesitant viewers this won’t be a dour, difficult watch; Limbo is filled with brilliant humour and rich characters, and Sharrock taps into the absurdity of the displacement experience.

Our journey is led by Omar (Amir El-Masry), a Syrian musician severed from his family and culture. He carries a coffin-shaped case for his instrument, an oud, his arm in a cast and his expression flat. Omar’s deadpan stare remains throughout the film, whether it’s directed at the racist condescension of ‘cultural awareness’ classes, his friend Farhad (Vikash Bhai) housing a stolen chicken, or housemates Wasef (Ola Orebiyi) and Abedi (Kwabena Ansah) arguing about Friends. The film’s humour bolsters the more heart-rending aspects of the narrative – emotions that resonated with me even more knowing the setting.

Like Sharrock, I was born and raised in Edinburgh, and prior to Limbo the Scottish isles were somewhat foreign to me. While living so remotely has never appealed to me, at least the islands’ 100,000 or so occupants feel secure in calling them home, which can’t be said for Omar and his friends. Home is something they now mourn, something that’s painful to revitalise. Even Omar’s music, now disconnected from Syria, has a haunting effect he’d rather avoid. 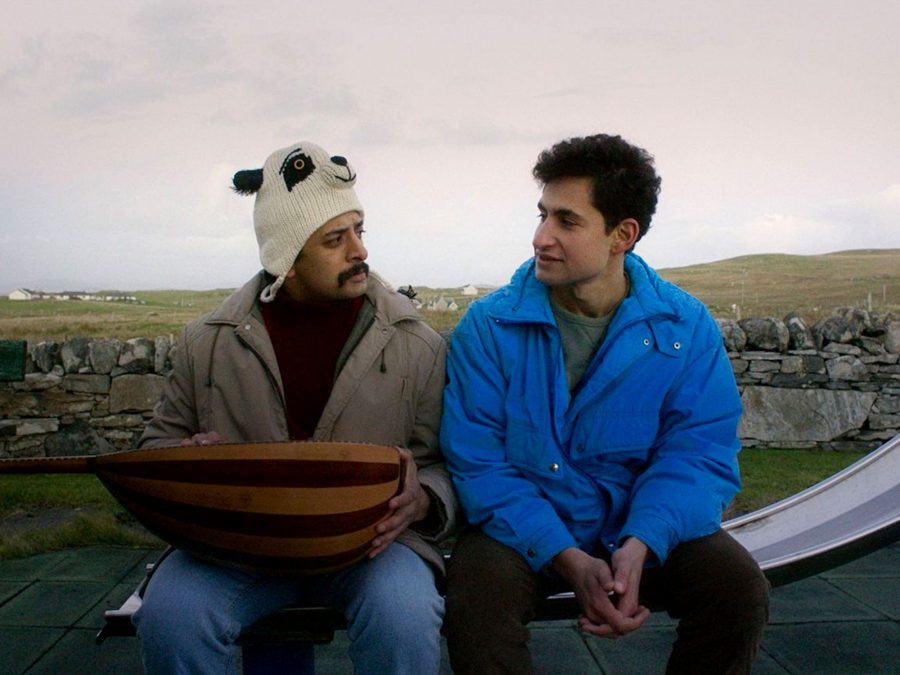 A lifetime of living among Scots means Limbo’s atmosphere feels keenly authentic. I recognise the dialect, the idiosyncrasies and mannerisms of the Scottish ensemble, even some of the performers. It’s strange seeing your home country act as a site of displacement and otherness, but Sharrock creates a liminal space that would make even an island resident feel alienated. Limbo was filmed in the Uists, a collection of islands in the Outer Hebrides, although the setting is never identified in the film; the land Omar roams on is unnamed and unplaceable, giving it a vagueness that further augments the feeling of being unmoored.

While some island natives possess the cheery familiarity commonly associated with Scots, when this is directed at Omar there’s an underlying sense of distance, as if they don’t know how to connect with him. People stare a lot in Limbo, both from far away and up close, scrutinising the asylum seekers without making an effort to understand their interiority. The land is foreign and populated with people disinterested in experiences unknown to them.

And then there’s the elements I wish felt more unfamiliar. I recognise the Scots’ ignorance, how they excuse the bigotry of others and won’t acknowledge their own prejudice. A band of youths warn Omar he better not be “planning any ISIS shite”, before offering him a seat in their joyride, not clocking how they’ve abused their new companion.

It’s a shameful thing to recognise, but it points to Sharrock’s awareness of how prejudices have festered in Scotland. The term ‘Scottish exceptionalism’ may sound like a Twitter buzzword, but it’s one that’s increasingly catching on, even featuring in governmental reports and used by politicians. It’s the feeling that Scotland is exempt from extensive criticism because we see ourselves as doing better on political issues than our neighbours. We see acts of violence and injustice across the border or around the world and think, “things are different here,” as Zara Mohammed, secretary general of the Muslim Council of Britain puts it. “But things aren’t.”

Scotland is a former colonial power with a 96 per cent white population. Institutional prejudices are ingrained in our populace. We’re quick to point out when we excel at resettling refugees, despite inadequate care resulting in them being put in harm’s way. And when community activism happens, our government is quick to point out that the power to intervene themselves was out of their hands, alleviating them of any blame while underlining their own agenda.

While it initially felt unknown, on deeper reflection Limbo’s Scotland is the one I truly recognise. I see the complacency that we don’t need to change to face the shifting priorities of a developed nation, one that won’t hesitate to call itself progressive but in fact is still uncomfortable with the responsibilities of such a title.

To be complacent is to accept – even to endorse – injustice. We believe comfortable narratives about our country because, simply put, they’re easier to swallow. We know we’re avoiding the more complicated truth, that giving physical shelter to displaced people isn’t enough to welcome them. It’s confronting when these narratives are proven false, when the look and feel of our home is shown to be alienating and hellish to others. But until we engage in the experiences of others, it will always be a surprise to hear about life outside our own. 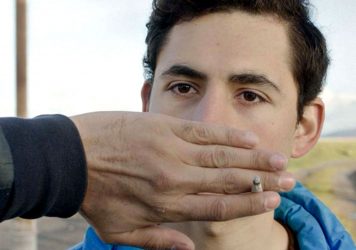 Ben Sharrock spins absurd comedy from torment suffered by those waiting for asylum to be granted.