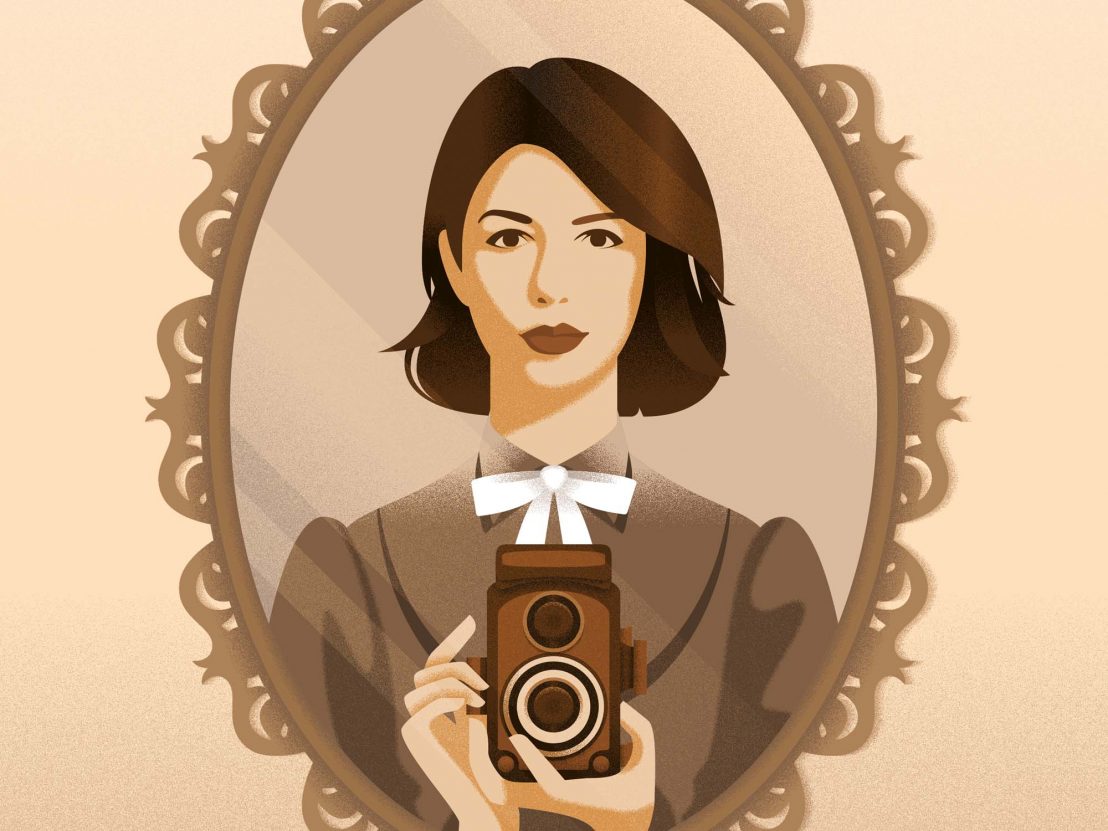 Sofia Coppola’s films access the sadness of lives that seem drenched in exterior splendour. It’s been 18 years since her upsettingly perfect feature debut, The Virgin Suicides. Since, there have been four features (Lost in Translation, Marie Antoinette, Somewhere, The Bling Ring), an Oscar, a bag designed for Louis Vuitton, an opera directed for Valentino, two children with French musician Thomas Mars and side projects galore.

Her life could make the average uncool film nerd weep with envy, but it’s preferable to weep at the elusive emotions she captures on screen. Like Don Siegel’s 1971 film, Coppola’s sixth feature, The Beguiled, is adapted from Thomas Cullinan’s 1966 novel, and we spoke to her about transforming words on a page to lights on a screen.

LWLies: When you’re preparing a script you listen to a lot of music. What you were listening to while writing The Beguiled?

Coppola: You know what, usually I do, but I didn’t so much on this one, maybe because it was period. So I don’t have a good story about something I was listening to. I guess I started writing it when we were on vacation in the Italian countryside two summers ago and I’d just gotten the book of ‘The Beguiled’. I was just going through it marking it up while my kids were swimming. I wasn’t in the isolated professional writing world. It was just a little summer project. I was going through it making notes and then when we came to back to New York where we live I would go to my office and write it. But it’s funny as I didn’t really have a soundtrack and the music is very, very minimal.

When you were going through the book choosing the passages, were they coming alive to you visually?

I guess you picture what you’re reading. I’d known about the story from the movie that I saw a couple of years before, and then I got the book and I tried to forget about the movie and look at it freshly, or just get more information, and then I filled it in with what I could add from imagination and life and stuff. That movie is from the soldier’s point of view and the book was written by a man in the ’60s – each chapter is a different one of the girls telling the story. It’s not really worth reading, I have to say, as a book, so I was just going through and editing down which characters I wanted to have, because you have to cut – there were too many and pare down the characters. I started to write the story from a female point of view.

Is your film inspired by rather than adapted from the book?

To me, it’s telling the same story but from the women characters’ point of view. I would never want to remake someone else’s movie, but I love the premise of it. When I saw the movie I thought it was so… I don’t know… weird. It stayed in my mind. It’s a very macho guy’s point of view in this women’s world, so it started making me think about what it must have been like for the women during wartime. They were raised to relate to men, that was their whole role in the Southern world of that era, and now there’s no men. It was wartime but these women were left behind.

Read our review of The Beguiled

Did you make a mood board for your collaborators?

Yeah, I always do that. I just took pictures as I was writing and then Anne Ross, my production designer also helped pull images. Together we make boards so we can talk to the cinematographer and costume designer and all be on the same page with the visual style. That is always an early starting point for me… to see the world that I imagine. People said, ‘Oh, you don’t have to set it during the Civil War, you could change it,’ but I love that era. Something about the Civil War, women and the South has this very exotic… The South is still very exotic to me, not being part of that world. The manners and the costumes all appealed to me. It’s like a dusty world of women who are cut off. They’ve had to wash their clothes so many times that everything’s kind of faded.

Clint Eastwood is so sexy in the 1971 film. What was it about Colin Farrell that made you feel like he could be the catalyst for all these beautiful women’s lust?

We needed a guy who was really manly who could appeal to all of them and he’s really charming and charismatic as a person. He’s very masculine. I wanted a real contrast from these delicate pale ladies. He’s dark, and has hair, and is just super-masculine. In the book he was an Irish immigrant so I like that Colin keeps his accent and he’s more exotic to them, just to really contrast how feminine they are. He’s complicated, not just some kind of a dumb hunk. He had to be sexy but also intriguing. To me, he’s like the thinking woman’s hunk, but manipulative and mysterious too.

There’s this amazing contradiction about you, which is that you are an insider by virtue of your family, but it seems like you’re more interested in telling the stories of outsiders.

I guess I feel like I have both sides and I can relate to being an outsider and being on the inside of things. Yeah, I feel like an observer, so sometimes you stand back and you’re looking at the world that you’re in from the side, but I can feel connected to it also. That’s my vague answer! I think it’s being an observer, then you kind of stand back and look at the world even if you’re in the middle of it.

How different was it working with Elle Fanning again?

In Somewhere she is a bastion of pre-sexual purity, while in The Beguiled, hers is the most sexual character. Now, she’s 18. It was really fun to work with her because she’s really the same girl. She still has the same sort of humour. She hasn’t lost the quality I loved about her as a kid but now she’s more mature, so it’s fun to hang out with her as an adult, but she has that same personality that I always loved when I first met her. It was fun to cast her as the slutty bad girl because it’s so not her personality. Kirsten [Dunst] is also really against type – she plays a really repressed character and is not like that at all. But I thought it was fun because Elle is such a sweet girl. I wanted to let her be the vain, self-absorbed bad girl. That character from the book, her whole identity is based on men finding her attractive and finally there’s a man around for her to be like that with.

“Putting out different points of view is helpful, to be a part of connecting people.”

Now that Donald Trump has been elected and is now the leader of the free world, do you feel any pressure to take a more overt moral position with you work?

The election happened while we were shooting The Beguiled and we were so depressed. My mom said, ‘You have to make art. That’s what we have to do: make art’ so I just try to make what I can. I don’t know. I guess you have to pay a little more attention and be more involved. I don’t want to talk too much about politics but I feel like you do have to protect what’s important to you in a way that you didn’t realise you had to before, if that makes sense?

How would you advise people to protect what’s important to them?

I don’t think it’s my role to give that advice. For me personally, I feel like, people are always asking why there aren’t as many women filmmakers, so I feel like I have to put this movie out there and talk about it and be present so there are more points of view out there, and the more you see, the better it is, rather than just having white male points of view as the dominant voice. I think just putting out different points of view is helpful, to be a part of connecting people.

Do you have specific ambitions in terms of stories you’re still hungry to tell, or things you want to do creatively?

I don’t really. I just do one thing at a time and then see where that takes me.

So, you’re in the moment…

I’m not really because I’m always worrying about planning future things, but somehow with my work I try to finish one thing because the next one is usually a reaction to the one before. Marie Antoinette was so decorative and complicated and Somewhere was so minimal in reaction to that one. I feel like there’s always kind of a shift, but it’s all very mysterious to me too.

How many times have people asked you what Bill Murray whispers at the end of Lost in Translation?

I don’t know but a lot of times!

It hasn’t for a while…

Do you still feel attached to everything that you made?

I can talk about my movies. I feel affection for them and the other things that I made, but I don’t watch them afterwards so I’m not that familiar with them. Sometimes something will be on TV and I’ll start watching a little bit of it, but I don’t go back and revisit them.

You see them so many times when you’re editing. One thing is I don’t feel the emotions as much, because I think about how we were filming, or this or that, so you kind of burn out of them in a certain way, but I still feel affection for them.

This is an abridged version of our interview with Sofia Coppola – you can read the full piece in LWLies 70: The Dunkirk issue.

The Beguiled opens in cinemas on 14 July. Thomas Cullinan’s ‘The Beguiled’ is released by Penguin Classics on 1 June.