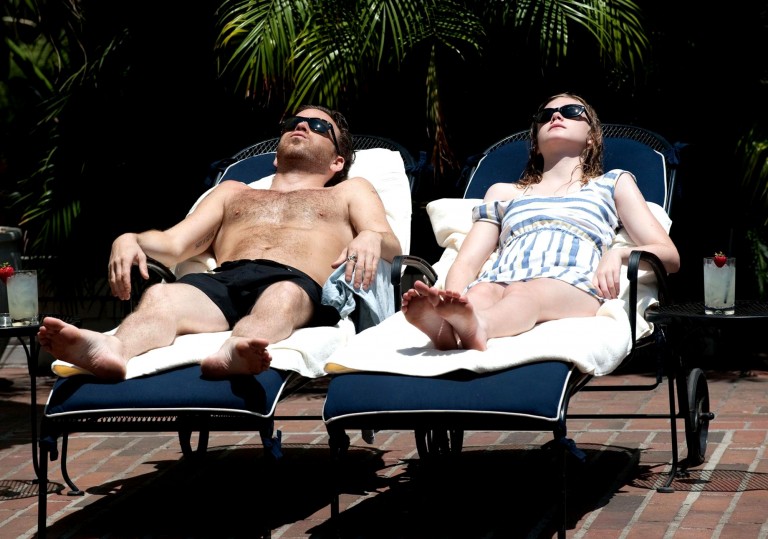 A Coppola makes a movie.

A curious take on an unnecessary story.

Get ready to get angry. Sofia Coppola’s Golden Lion-winning musing about a self-loathing actor living the high-life of pills, pilseners, cigarettes and pussy while residing in five-star luxury is sure to invoke audience angst.

Set predominantly in a Chateau Marmont hotel room, Stephen Dorff’s Jonny Marco, a commercially successful actor, wallows in self-pity as he manages to string together a life promoting his projects, chasing tail, and dealing with the paranoia parcelled with his profile.

The setting necessitates unfair comparisons to Lost in Translation. Unfair because there is no way Dorff can hold our attention in the (many) quiet moments as well as the inimitable Bill Murray. And unfair because the over-treatment of LA onscreen takes away the voyage of discovery on which Coppola carried us in her Japanese-infused masterpiece.

That the film rests so heavily on Dorff’s shoulders is interesting. Coppola could have had her choice of actors in the role, and many cinephiles would be hard-pressed to name a couple of choice Dorff performance. Couldn’t it even be proposed that Dorff’s best trait is often tracked to the ways that he reminds us of other actors?

As the daughter dumped on her dad by a mum who’s finding things too hard to handle, Elle Fanning is the picture of dedicated innocence – she’s adept at whipping up a magical eggs Benedict; figure skates with poise; plays a mean game of Guitar Hero; and, finally, manages to deliver a dose of reality to her action star father who is idly allowing life in the fast lane to slow him down.

Fanning is the film’s finest element, fascinating to watch and fabulous at allowing her character to exude naturalism in the overly-manufactured environment.

The film is peppered with industry situations ripe for ridicule, which seem to owe much to Coppola’s own experiences – a faux press junket conference pokes fun at the questions asked by international journalists (made funnier by the fact that they’re so accurate); while a promotional tour of Italy couples incredible accommodations with Marco’s unfortunate appearance on a European dance/awards show.

And yet despite the score by Phoenix, and a soundtrack featuring Foo Fighters, Gwen Stefani, Sting, Bryan Ferry, The Strokes and Kiss, the film serenades its viewers with a slew of suggestive silences. Even the many scenes set in and about Marco’s Ferrari lack the usual radio sounds, Coppola instead focusing in on the growls of the engine as it bounces up and down Sunset Blvd, the Hollywood Hills and the Mojave Desert.

It is in these moments minus-sound that the film finds its footing, forcing us to watch the actors onscreen dealing with everyday banalities amid the mayhem of movie star rituals.

A Coppola makes a movie.

A curious take on an unnecessary story.