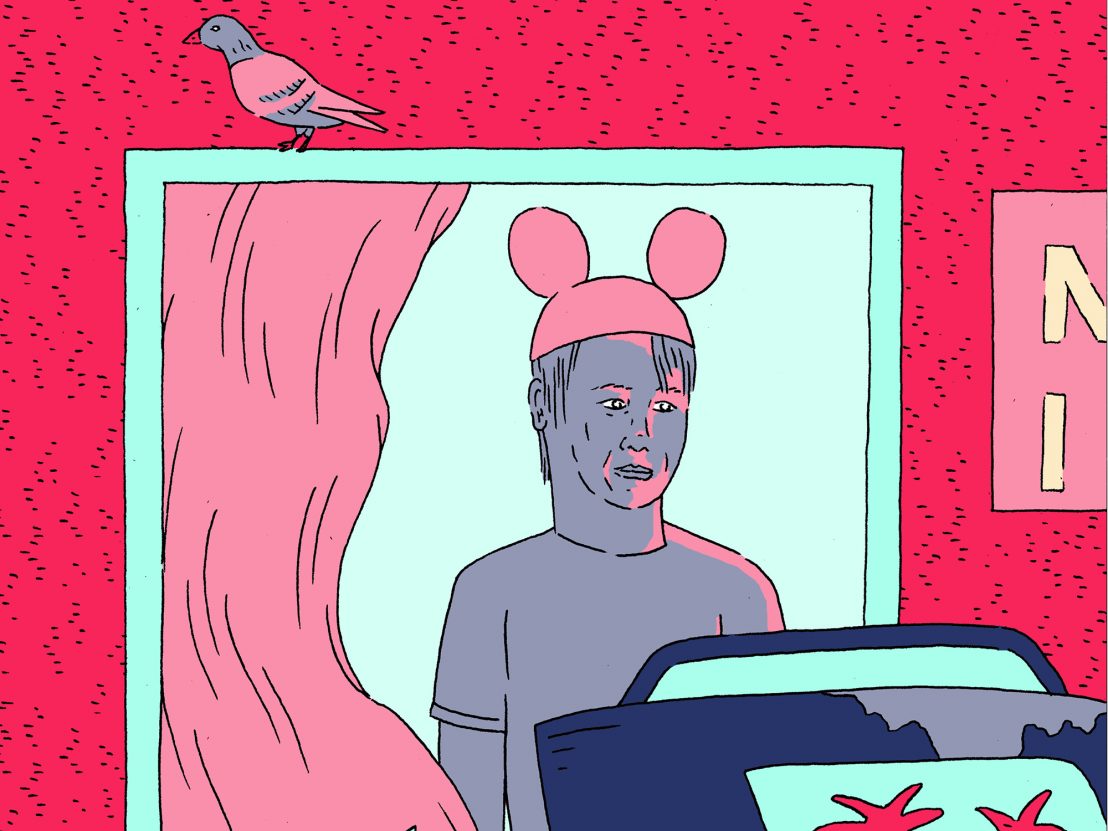 Catching Sean Baker’s The Florida Project at the Cannes Film Festival – an arena dominated by big beast auteurs and their sombre epics – felt like discovering a new cinematic language defined by colour, humour, energy and emotion. His sixth feature tackles the hidden homelessness in America, but peripherally. Front and centre are the sugar-spun daily adventures of six-year-old Moonee (Brooklynn Prince). Her mother Halley (Bria Vinaite) shields her daughter from their perilous economic reality, doing everything in her power to drum up days buoyed by love and excitement. Willem Dafoe, as motel manager Bobby, is the only established star.

LWLies: What do you think makes a movie star?

Baker: People have been trying to figure that out for a hundred years – that indescribable ‘it’ thing, an impact. It’s a persona that the public connects with and we don’t really know why. With The Florida Project, there’s something we all saw in little Brooklynn Prince. Immediately we thought: she’s a little superstar.

When you’re casting your movies are you trying to second-guess how they’re going to play to an audience?

First and foremost it’s about the story and it’s about whoever works for the story. I never want to just cast for the sake of putting a star in there. The movie will fail and that actor will not get as much out of it if they don’t work for the role. In the case of The Florida Project, for the mother, Halley, we had the opportunity to go with established names.

I can’t say anything. Just imagine all the 20-25 year olds who are big right now. We thought about all of them. But we needed the audience to have suspension of disbelief to kick in as fast as possible. We already had a very recognisable actor in Willem Dafoe, and we took the gamble with Bria Vinaite because I didn’t want audiences to recognise this person off the bat. I felt like they would believe the world if they saw a fresh face. That all being said, I chose Bria because I saw there was something that could appeal to the public. I like finding those people. Spike Lee is someone that I admire for many reasons. He always has A-listers and recognisable people in his films, but also he’s always bringing fresh faces in front of the camera and introducing us to fresh talent. That’s so important. We need to see new actors coming up and getting opportunities.

What guides you in creating your energetic and vibrant visual language?

First thing: you never want to bore your audience. The energy is dictated by the time in which you’re making a lm. Audience members are used to absorbing information faster than they did in the past. Now that shouldn’t dictate the way you make a film. I love slow cinema. If I could find a financier to back me up I would do 12-minute tracking shots. But financiers have to make their money back, and you have to satisfy audiences to a certain degree. I embrace that because I am trying to reach a large audience with these films in order for the message to have impact and for awareness to be brought to a certain subject. I am using style to capture a bigger and a younger audience. The younger audience is very important because they are moving towards television and shorter content like webisodes. I want the younger generation to still hold onto cinema and keep cinema alive. And part of that is to give them what they want. This can be achieved in a way that doesn’t undermine what I want ultimately.

You sound like a man with a plan. Do you know what you want ultimately?

The further I go the more I look at the careers of some of my heroes, like Ken Loach, Mike Leigh and Paul Thomas Anderson. They’ve had long careers in which they’ve made original films. They have a clear mission, they haven’t gone too commercial but they have been commercially successful which is wonderful. They’re making a difference with their films. I would love to be able to look back at my filmography and be proud of it, that I never did anything just for the money. If you can call that a plan, then that’s my plan.

Do you see yourself as a social activist?

It’s hard to be a filmmaker in the 21st century right now without doing that. Even if I were making more overt genre films or popcorn fare I would still feel a responsibility to be commenting on our times and the local climate. Look at what Jordan Peele did with Get Out – he shone a light on reality and that makes him a social activist. 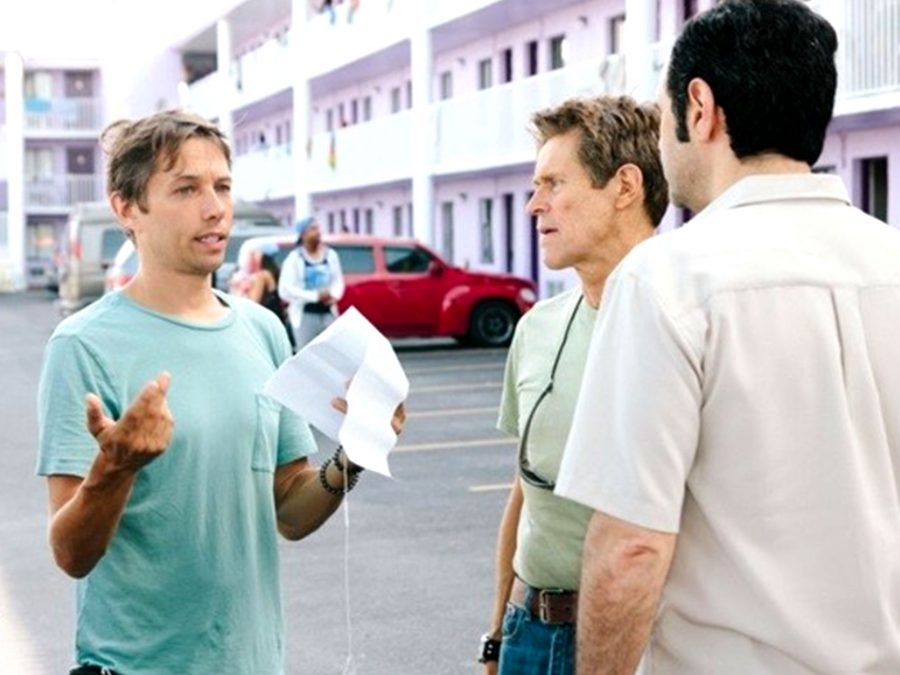 What draws you to paint empathic pictures of countercultural protagonists?

Well, it’s really a response to what I’m not seeing in films, especially American films. The UK is a lot more socially active. A lot of my peers have been incredible with embracing social issues but I would like to see more of it in US film. I like telling universal stories about people who haven’t really had stories told about them, underrepresented people. It really comes from me wanting to know more. I feel that the more diversity there is in front of – and behind – the camera can only help. It shines a light on communities of people that don’t usually have a light shone on them and it shows that we are all human.

What’s the juiciest or weirdest thing you’ve been sent since your profile has grown?

Let’s just say every time I make a film Hollywood puts me in a pigeonhole until I make my next film. When I made Prince of Broadway I got every black script in Hollywood; when I made Starlet I got all these scripts that involved elderly women; when I made Tangerine – my god – all I got were transgender scripts. People wanted to make a Tangerine television series. I was like, ‘Absolutely not!’ That’s ridiculous. The film should be its own thing. After The Florida Project I guarantee I’m going to get a tonne of scripts about little kids. It’s just the way Hollywood thinks.

If the world of filmmaking wasn’t open to you, would there be another outlet for your social and human preoccupation?

Oh my gosh. I don’t know because film has gotten me to this point. When I went to film school I wanted to become a very commercial filmmaker. I wanted to make the next Die Hard. As I got older my interests changed towards more of a sociological point of view. Filmmaking took me down that road, especially when I discovered British social realism and Italian neo realism, filmmakers who were using cinema to make a political statement. If you removed film from the equation, perhaps I’d be a journalist, perhaps a social worker. Who knows? Maybe even music because music can be a way of seeing the world and collaborating.

It sounds like the world of films actually made you more idealistic?

It did, yes. I’m in a moment right now where everybody around me – my agent, producers – is asking for the next one. I’m like, ‘No! What are you talking about?! Now is the time for me to soak in the world again.’ I want to spend the next year doing the festival circuit, because doing that always helps to open my eyes. Film festivals take us around the world, we get to meet people, we get to meet new communities and that’s valuable. For Prince of Broadway, I went to Africa three times. Part of the reason I made Tangerine was because I was inspired there while I was on tour with Starlet.

You say that film festivals show you the world, but they could just show you the inside of VIP lounges. How do you make sure you’re always pursuing your interests and how do you stand up to money people?

When I go to festivals I always try to check out the environment, so I won’t be inside the theatre or going to a lot of parties. I’ll be on a bike. When I went to Burkino Faso for FESPACO all I did was get on a moped and learn the city and befriend people and spend two weeks just absorbing. I don’t even know if I saw one film. I do get influenced a lot and sometimes I think I can tackle television, but you know what, ultimately, it never feels right. I can’t creatively juggle so I’ve reached the point where I’ve literally had to tell agents and producers, ‘Don’t send me scripts, I’m not interested – I’ll let you know when I’m ready.’ You get inundated, you really do. I can’t imagine how it is for people who’ve had more success than I’ve had. Sofia Coppola must be getting so many offers every single day. I’ve just had to get real about it and I’ve had to put my foot down.

I love the escapism aspect, but at the same time I love that they can change the world. They really can! There’s a platform for diplomatic engagement, but it’s not in your face. It’s not telling audiences, ‘you must think, you must act’ – no it’s doing it through entertainment. It’s actually a very subversive art. You can make change by entertaining people, which is very unique. Film is maturing and getting to the point where it’s understanding what audiences want and how to manipulate that. But there’s something also about film that… There’s that awe. Filmmakers are always trying to… There’s something that happened when we were kids seeing films in a dark movie theatre, there was something that struck us and had such an incredible impact and we can’t properly articulate it but it had such an incredible impact that now as filmmakers, we are trying to recapture that and, oh, it’s impossible.

You can’t as an adult recapture that amazing feeling that Spielberg gave you when you saw Raiders of the Lost Ark when you were 11. But I’ve gotten to the point now, and it’s taken me like six films to do this, where I’m realising that it’s my responsibility as a filmmaker to try and give that awe to the 11 year olds out there now – it’s our responsibility as adults to excite the next generation. That’s what I love about films, and that’s also what I hate about films! It’s very rare that I’m very excited or moved by the medium but I know that there are people out there who are and it’s my job to build it up. 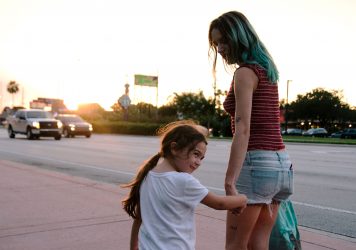