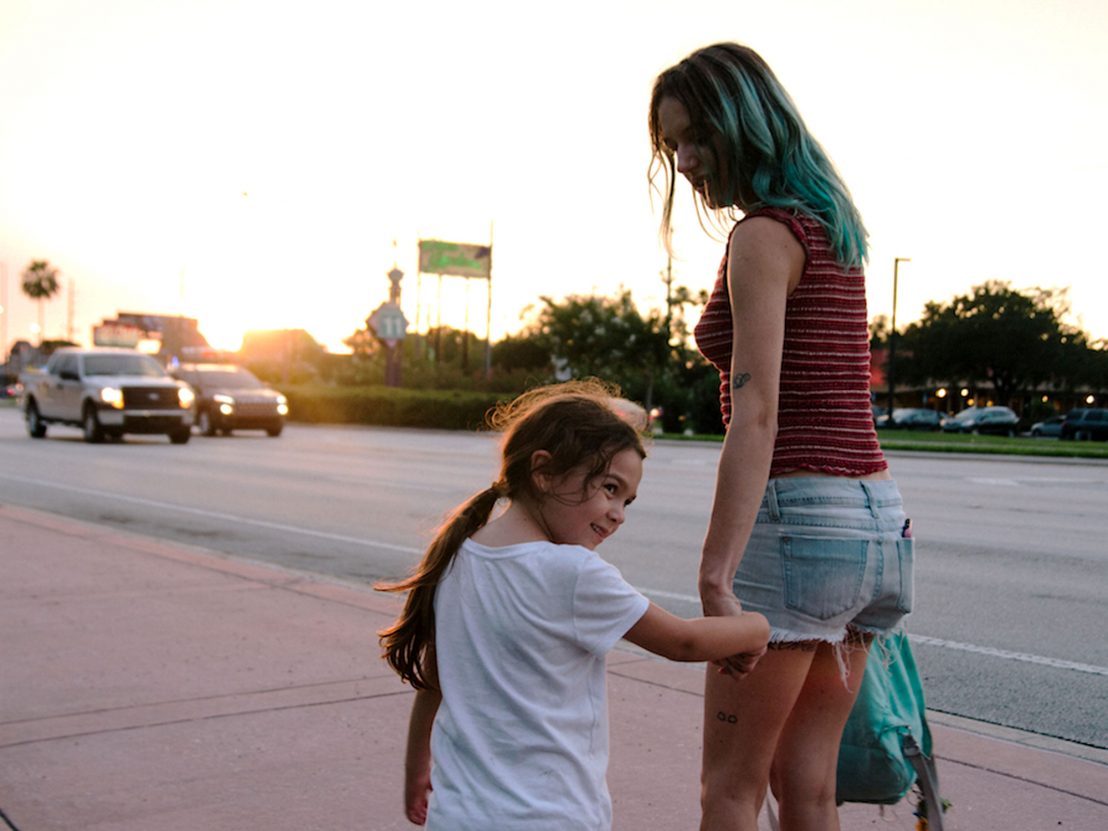 Last week, I was suddenly without my iPhone for three days. With no headphones to orchestrate my urban experience, zero notifications to validate my existence, and nowhere to look but directly around me, I experienced an almost sensory overload. As I walked down the same street in Camberwell that I walk down every day, I couldn’t believe how much I’d been missing. Free from digital tunnel vision, the complexities of my direct surroundings opened up; all around were everyday pockets of human life – little miracles, little tragedies. For those three days, I became invested in my periphery, in the things that exist just to the side, almost out of frame.

My favourite filmmakers are the ones who explore the potentials of peripheral vision. In my opinion, it’s a critical space for social commentary. Solidifying his status as one of the most important filmmakers working today, Sean Baker is masterful in engaging the viewer’s periphery. His most recent work, The Florida Project, depicts a young mother on the social and financial margins of American society, and without judgement or objectification. For the most part, we are embodied in the perspective of six-year-old Moonee, who is always on the quest for fun.

Moonee’s fun and games are the primary narrative engine of The Florida Project, anchoring the viewer in a child’s non-judgemental experience of the film’s world. Which is not to say that the surrounding context isn’t one of complexity. Baker’s tools for dramatic exposition are ingenious, especially with regards to Moonee’s mother. Halley’s weekly struggle to make rent is not overtly dramatised, it informs the everyday texture of the film, with no authorial “reading” of the situation. When she resorts to prostitution, we are only shown this through Moonee’s peripheral vision, who, sitting in the bath, turns to the side when a male stranger – a character the audience doesn’t see – quickly enters and leaves the bathroom.

Tangerine, Baker’s previous feature, similarly occupies two narrative spaces. The first is the comic revenge quest of the two trans protagonists, on the hunt for a cheating boyfriend’s mistress. This hilarious mission is what drives the film, investing the viewer in the stakes of the task at hand. The periphery of the frame is used to shine a light on unrepresented LA spaces centring trans women of colour – from a brothel they disturb to kidnap a potential suspect, to a male cab driver giving a trans woman a blow job in a car wash.

None of these events are by any means “gazed” at – instead, they are the very fabric of the film, only incidental, with no artificial spotlight. Through shifting the “harder” material to the periphery of the frame, as viewers we decentre our reading of minority worlds as something “tragic.” Instead, they are lived realities on screen as they are in real life, and we do not gawp like tourists on a “favela tour” (an actual attraction in Brazil). We simply experience them as given, with the world and its protagonists having insider agency over the audience.

Another film harnessing similar strategies is A Ciambra, which came to the London Film Festival this year after making waves at Cannes. Directed by Jonas Carpignano, the film thrusts us into the world of 14-year-old Pio, part of a small Romani community in Calabria living in near-poverty. When his older brothers and father are taken to jail, Pio is forced to grow up fast, filling the role of breadwinner for a family struggling to make ends meet. It’s a tough film, and the daily grind of what it means to live on the outskirts of society hit home. But once again, peripheral vision is deftly utilised by the extraordinary cinematography of Tim Curtin.

With a hand-held approach, we are never looking at the subjects of the film, but more looking beside them – the camera moves frantically with young Pio on his Vespa, often irrespective of where the viewer is. Details that a more anxious filmmaker might have overplayed – the drug taking in the car, the black dirt coating the feet of the little children – happen in a sudden flash, just to the edge of frame. And the use of film instead of digital, forces us to embody the very materiality of the place we are watching; the debris and sand of the landscape informing the very texture of the medium capturing it.

Such filmmakers make empathy their priority; we are asked to dispense of judgement, and instead to connect with the wants and desires of the central protagonists, regardless of their circumstances. In a social climate of such divisionism, inviting viewers to connect with displaced identities in a human, uncondescending way, is critical. Through placing these characters centre frame – and utilising the periphery for textural detail – as people we’re challenged to shift our self-centred gaze in everyday life, and to look around with a bit more sensitivity. 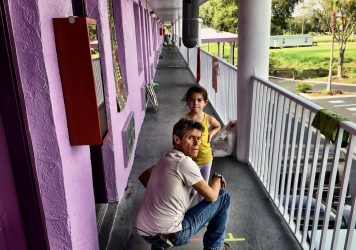