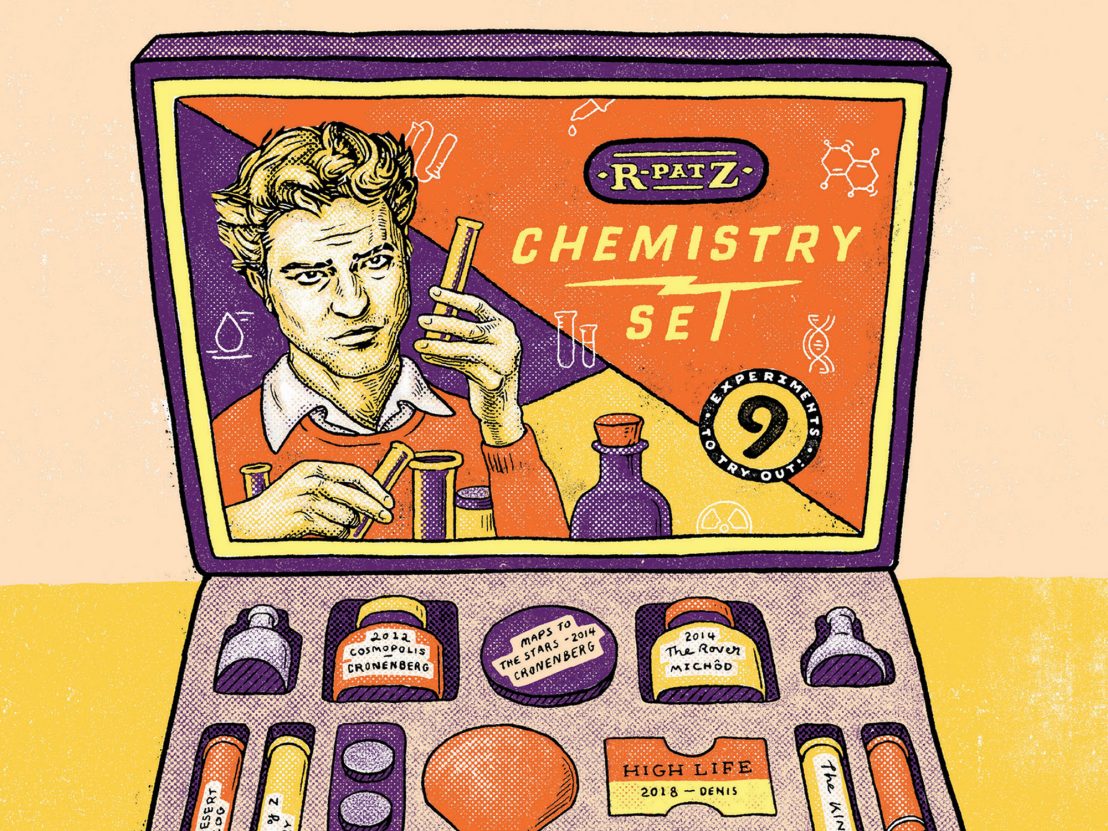 Robert Pattinson has an excellent laugh. He giggles at various points during our conversation, which is disarming, because for so long now he has been associated with a cinematic sombreness that comes from watching him undergo lengthy bouts of intense misery on screen. From shedding his tween heartthrob image in David Cronenberg’s stylish thriller Cosmopolis to bleaching his hair peroxide blonde for the Safdie Brothers’ down-and-dirty Good Time, there’s a full-bodied intensity about the roles he chooses.

Claire Denis’ High Life is no exception – as wayward cosmonaut Monte, he exudes a rough-hewn pathos, resigned to his gruelling existence aboard a rust-coloured space prison. Yet at the same time there’s a tenderness at play, most readily present in his interactions with infant daughter, Willow. Far from embodying the intense seriousness of his various on-screen personas, Pattinson brims with an impish effervescence.

Over the course of our chat he chides me about the irregularity of correspondence with our publication, opines the problem with being British in the United States and reveals the horror of working with animatronic children. He apologises for ineloquence and enthuses over Nagisa Oshima’s In The Realm of the Senses (“One of my all-time favourites!”). All of which speaks of an actor who still seems bedazzled by his own good fortune–and starry-eyed at the prospect of whatever comes next.

LWLies: Do you remember any details from when you first met with Claire Denis?

Pattinson: I first met her when I was 27… no, wait. I must have been 28. High Life kept getting pushed and pushed. It was supposed to shoot in 2015, the same year as The Lost City of Z with James Gray, and I was really worried I was going to have to shoot them at the same time. But it took another year or two. I think from when I first met her, it was four years until the movie happened.

Do you remember the first time you met her in person?

Yeah, it was in Los Angeles, and I’d read this very brief synopsis of the project, which said it was about a 50-year-old guy, and I wish I could remember, because I had this one idea, this one weapon to use in the meeting. I can’t remember what it was that I said, but it somehow connected with her, and I could see the change in her mind. I thought, ‘No way! That worked?!’ I’d loved her work for years and years, and I really liked her. I’d never seen her be interviewed or anything, and to meet her, she’s so funny and light-hearted, and a bit of a rebrand. She was so fun in the meeting, and then it was like two years later that I actually got the part, which was one of the most significant moments of my life.

That’s quite a long wait between the first meeting and finding out you have the part.

It’s crazy, yeah. She shot a whole movie in the time it took. It started to worry me, and High Life is a difficult movie. I was aware of the unlikeliness that it would ever come to fruition. As well as being quite ambitious, it’s quite big as well, y’know? It’s literally in space.

Claire has described the film as more of a prison movie than a sci-fi movie, but at its core, it all comes down to survival.

Yeah, it’s a strange one. The script was changing so much as we were doing it. I just trusted Claire so much. It’s funny, because even the films of hers that I love, I can watch them and I still couldn’t tell you exactly what they’re about. I couldn’t tell you what Beau Travail is about. It’s more of a feeling. There was a plot to this, but… I’ve started doing this more and more with everything I do. I think having a complete idea of who the character is or what the story’s about, it makes it less interesting. With High Life, I was just playing each individual scene as an independent entity. So I wasn’t even thinking about what sort of film it was, and because we were inside this ship on this long shoot, it didn’t even feel like I was on a stage. It just felt like I was in corridors.

What is it about Claire’s films that you connect with?

There’s something in the way she shoots that’s very sensual. I very rarely find this synesthesia-like quality, where you watch her movies and you can really feel what they feel like. I remember talking to her about it – she said this really beautiful thing, that when she looks through a camera there’s this feeling of wanting to touch but being afraid to, and so she uses the camera as her hand. It really feels like that. Also I feel like almost all of her movies are very contained worlds – she’s really using cinema as an artform. The stories she’s trying to tell can only be expressed through film. She’s really maximising the medium. 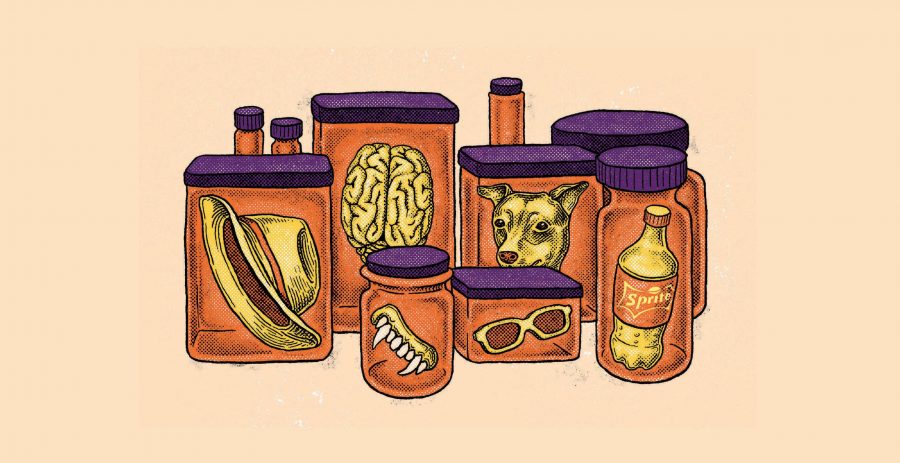 When we spoke to you in 2014 you said you had a list of directors you wanted to work with, which included James Gray. Have you added anyone to the list since then?

Definitely Ciro Guerra, who I just worked with on Waiting for the Barbarians. I keep checking them off though – I’m working with them quicker than I’m coming up with new people! But I loved Embrace of the Serpent, and I was so happy to work with Ciro. Maren Ade, I really want to do something with her. There are lots. I’m reluctant to put it out there because it looks like I’m treating them like Pokémon.

I was really looking forward to Harmony Korine’s The Trap, which ended up not happening…

I know, I think the cast kept changing, and it came pretty close to happening a couple of times, and then the cast changed again like a month before it was supposed to shoot, and I think it had just happened a few too many times, and it just fell apart eventually. It sounded cool though, and I love Harmony Korine. That would’ve been a fun one. Maybe next time he needs a hitman or something.

In terms of the roles you’ve taken since Cosmopolis, you’ve played quite a lot of criminals.

There’s definitely something about those sorts of films that appeals to me. I guess in a lot of ways, they’re the movies I liked when I was young – like pretty much every actor, I loved Pacino and De Niro. But then there’s a part of me, coming from England, and when I first started… if you’re tall and have floppy hair and a posh accent, they’re like ‘Period dramas!’ And then you’re exclusively in the period dramas box. I was like, ‘No! I don’t want to do period dramas! They’re boring!’

You have just made a period drama, The King, which is set in the Middle Ages. Admittedly, that is a David Michôd period drama…

[Laughs] Oh yeah. Well, that period’s alright. It’s a little further back. I mean, period dramas between the 18th and 19th century. I’ve done a couple, and as soon as I put on that high Edwardian collar, I’m like, ‘Ughhhh’. Your costume is out-acting you at all times.

When you were filming Good Time, you and Benny Safdie spent some time in character off set, just hanging out together. Obviously with High Life that’s not really an option.

Y’know, when I was filming with Scarlett, the baby, there would be a kind of 20-minute crying jag whenever I’d take her. She was only 13 months old and we’d be taking her from her parents, but she’d basically forget about them after 20 minutes. We realised that when we kept giving her back and forth she’d keep crying, so I started just hanging out with the baby for hours and hours, playing this kind of supernanny where I had to keep her camera-ready.

This is the first film where you’re just acting pretty solidly with a baby for most of your scenes, right?

Yeah. I guess in Twilight there was a baby… but they tried to do a robot baby.

It was so horrific, there was no actual baby involved, and then they made it all CG, and I was having to mime holding a baby. Just weeks of pretending to hold a baby.

Did you get to High Life thinking, ‘Guys, I’ve got this down, I’ve mimed holding a baby many times’?

It’s very different in real life! But I find whenever there’s a kind of wild-card element, it just makes it so much easier. When you have someone who’s not an actor, and has no desire to be an actor, so doesn’t feel any kind of fear of the camera… So babies, animals – it always makes it easier.

How do you try to challenge yourself with the roles you take on?

I feel like as soon as I repeat myself even a little bit, I suddenly get really self-conscious. If you’re pushing something out into the unknown a little bit, you can’t really judge yourself, because you don’t really know what you’re doing. As you get a bit more con dent, you’re more willing to take a script where you have absolutely no idea how you’re going to approach the part, and just pray that it ends up being good.

Also I just get bored, too. It’s so easy to fall onto little crutches. Even with a voice I can’t really do it more than once, because then I think, ‘Oh, this is my acting voice’. That’s why I can’t even do anything in my normal accent, because it doesn’t feel like I’m working. I have this weird envy of American actors who don’t have to try – they just use their normal accent. They sound like they’re in a movie already! If I use my accent, it sounds like I’m on TV.

That’s the problem with being British. We always sound like we’re in period dramas or working at the BBC.

High Life is released on 10 May. Read the LWLies Recommends review. 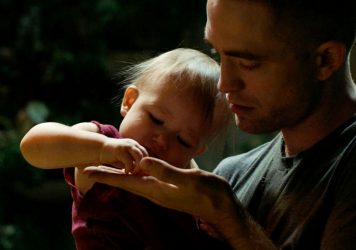