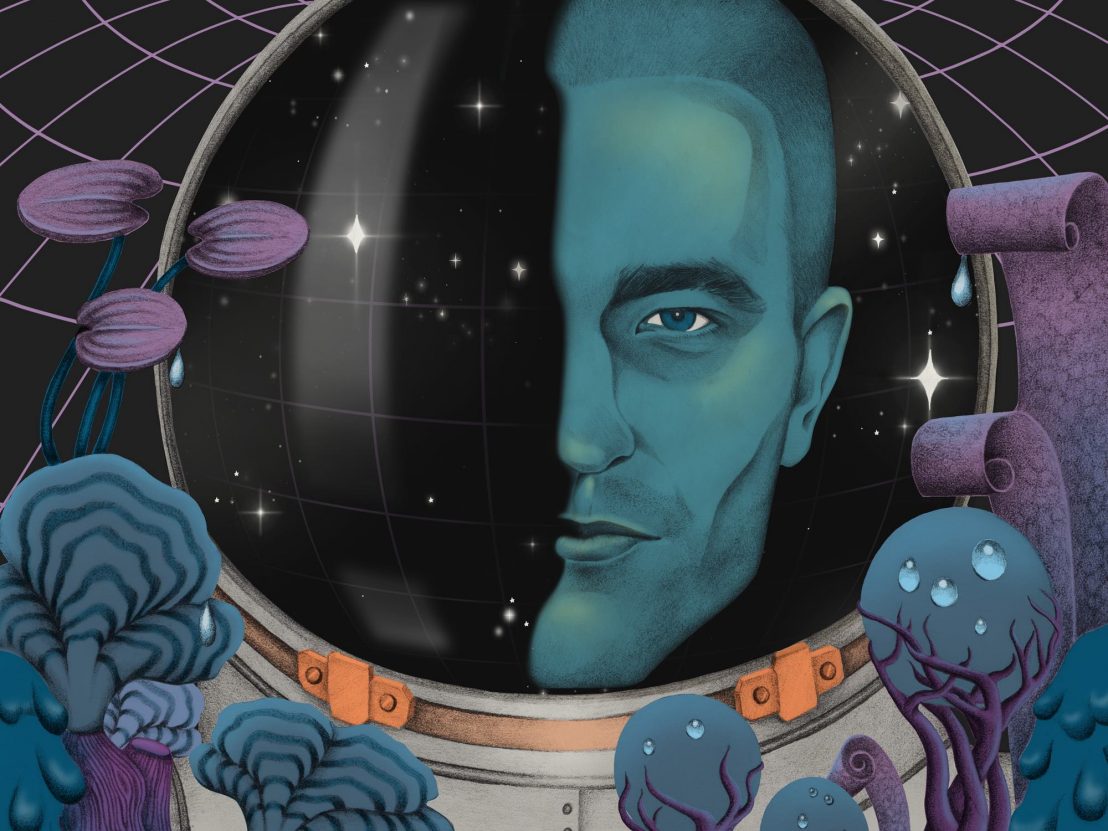 Having edited this august publication for 30 issues, I’ve now lived long enough to realise a long-held dream: create a magazine dedicated to one of the true modern alchemists of cinema, Claire Denis. Her 2000 film Beau Travail acted as a kind of gateway drug, revealing the power, the possibilities and the expressive enchantments of narrative film.

In 2019, she unleashes onto the world a stirring and strange space odyssey called High Life. It’s a journey to the outer edges of the universe, set at a time when humanity is now little more than a walking, talking science experiment. Robert Pattinson, again showing exemplary taste in his choice of collaborators, leads a cast of reprobates who have been saved from a death sentence by giving their bodies over to a mysterious mission being overseen by lascivious sex banshee, Juliette Binoche.

It’s a moving, mind-melting masterwork, which is released into UK cinemas on 10 May. So mark your diaries.

London-based illustrator Essy May captures and reframes the film as a throwback to the giants of cerebral science fiction, such as Stanley Kubrick’s 2001: A Space Odyssey and Andrei Tarkovsky’s Solaris. Her digitally coloured graphite drawings are steeped in nostalgia and dreaminess, harking back to the classic sci-fi aesthetics of the 1970s and ’80s.

Influenced by the wonder of the cosmos (her uncle is a renowned astronomer) and the visual energy of classic small creature B-movies. Essy hand drew this cover with a fine technical pencil and used digital colours to complete the look.

Artists featured in this issue include… 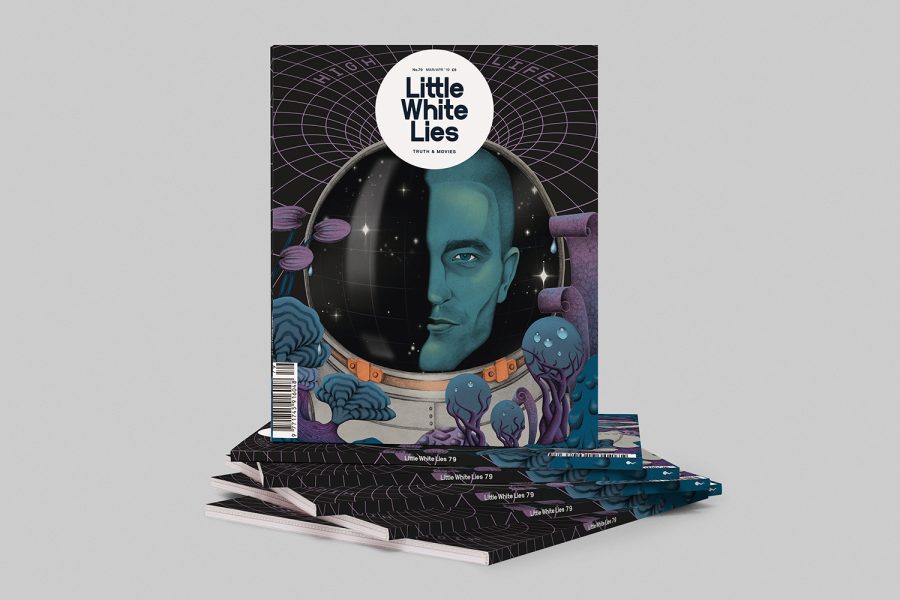 Claire de Lune
David Jenkins writes on the life-altering qualities found in the films of this vital, singular director, and meets her to chat about her cosmic freakout, High Life.

Altered States
Hannah Woodhead talks to Robert Pattinson about his chameleonic acting career, and he explains why he worships at the altar of Claire Denis.

2069: A Space Erotica Odyssey
Charles Bramesco voyages to the outer-reaches of the galaxy in search of a cinematic good time. discussion of her cosmic freak-out, High Life.

The Claire Denis Solar System
The films of the French maestro presented as their own majestic celestial map.

The Sensual World
Five personal essays explore the cinematic landscape of Claire Denis, each inspired by one of the five senses.

Threads
Christina Newland’s column on fashion and film explores the iconic mystique of the space helmet. 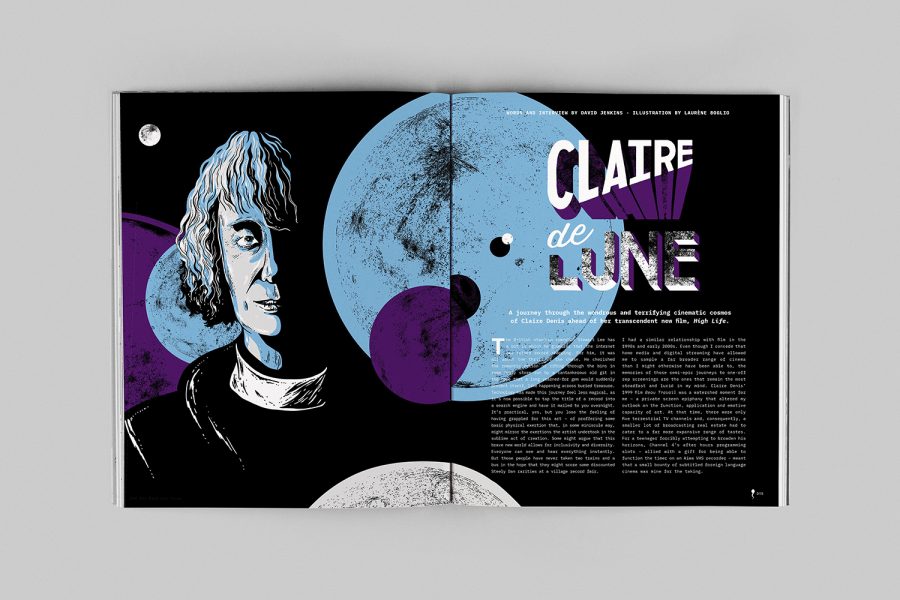 Plus, reviews of the key new releases for March, April and May; a deep dive into the work and career of Hong Kong action maestro, Sammo Hung, by Nick Pinkerton; Jaime Christley and David Jenkins offer some home entertainment picks; Hannah Woodhead reports back on her revelatory trip to the Sundance Film Festival; Matt Turner explores the intersection between memes and movies at the Rotterdam Film Festival; and Ian Mantgani pans for gold at the Berlin Film Festival.

LWLies 79 is on general sale 11 March. Subscribe today and get every new issue delivered straight to your door.