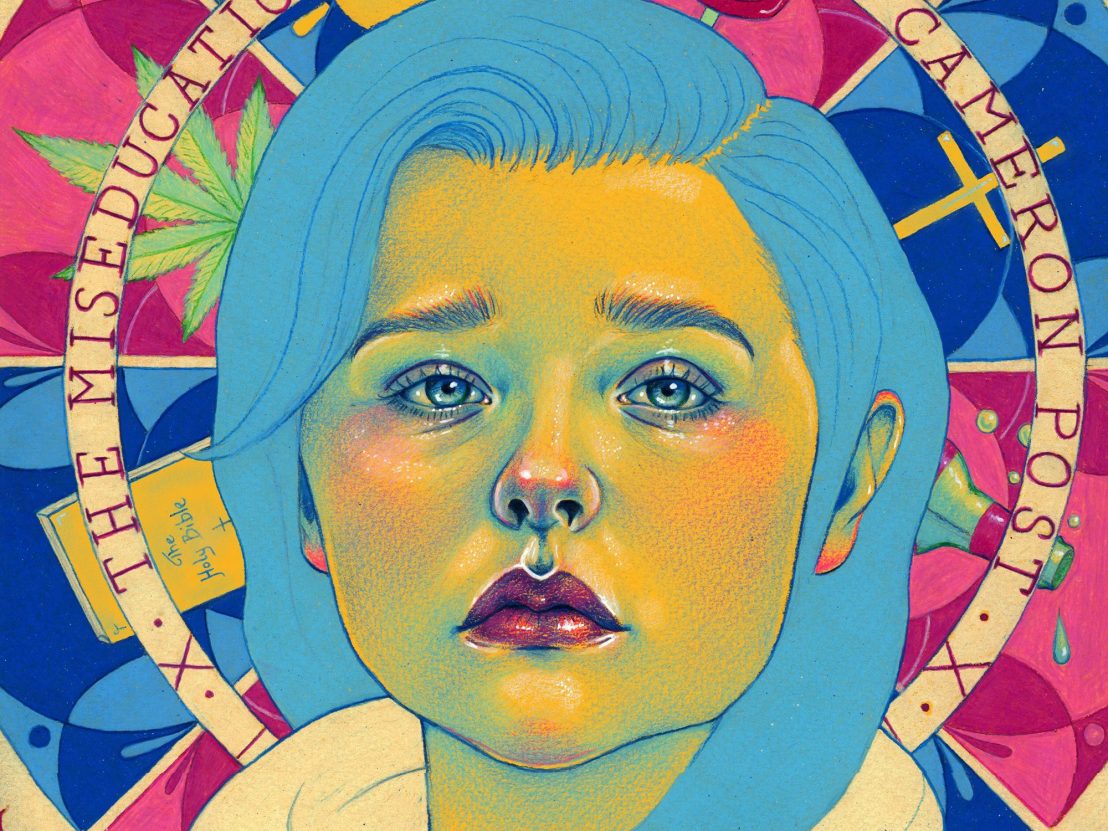 We loved Desiree Akhavan’s 2014 film Appropriate Behaviour, a nakedly confessional and self-flagellating portrait of break-up on the mean streets of Brooklyn. We’re thrilled to announce that the director’s brilliant new film, The Miseducation of Cameron Post, has made its merry way on to the cover of our new issue.

It’s a tender comedy which wears its political outrage lightly, as our eponymous, miseducated hero (beautifully played by Chloë Grace Moretz) has to navigate the dorms, mess halls and rec rooms of a Christian gay conversion camp.

We reached out to the Norwegian illustrator Natalie Foss for this eye-popping cover. We love her weird-edged portraits and her evocative use of colour.

In the spirit of the film, we’ve embraced more analogue means of magazine making for this issue. Every layout inside has been produced by hand, with the help of scissors, glue and a few big stacks of vintage magazines. In the back section, Sofia Bonati provides illustrated portraits while Ben Giles steps up with some exemplary collage work. 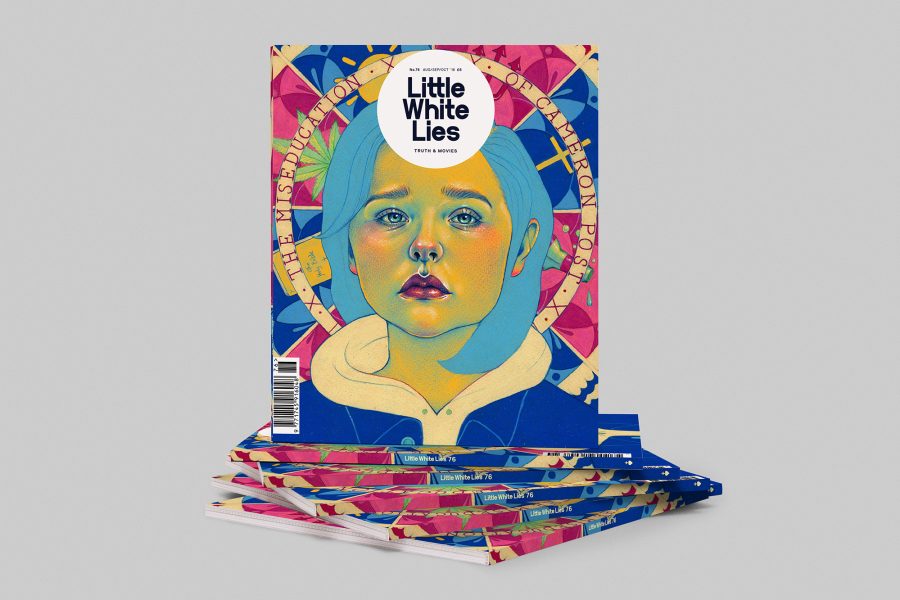 Do You Love Me Now?
Writer/director Desiree Akhavan tells Simran Hans about the personal journey that led her to The Miseducation of Cameron Post.

Pink and Plastic
Filmmaker Jamie Babbit reflects on the making of her seminal (and radical) lesbian rom-com But I’m a Cheerleader to Justine Smith.

Light Enterprise
Six supremely talented female cinematographers discuss the past, present and future of their craft.

Threads #7
In her regular fashion in film column, Christina Newland surveys the stonewash denim craze of the ’80s and ’90s. 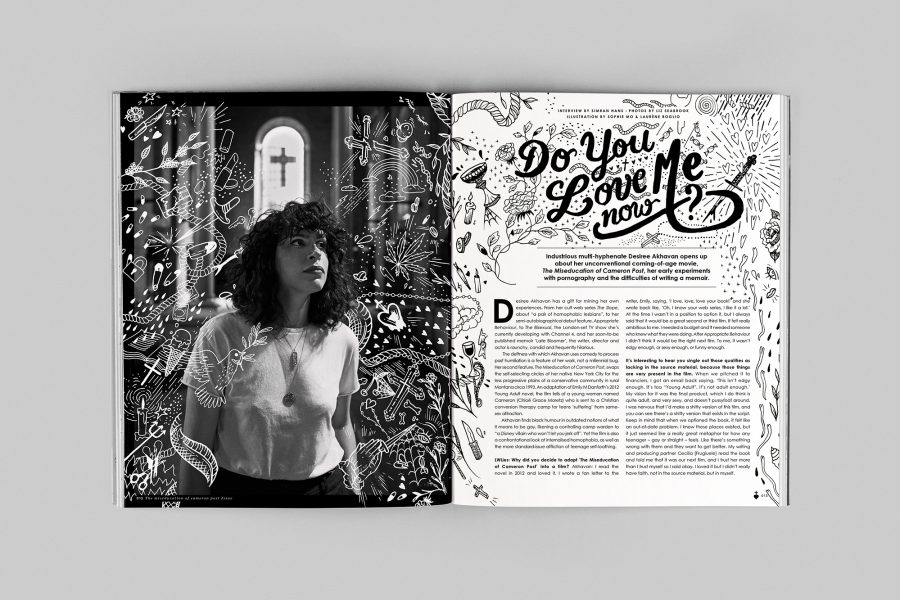 Plus… We’ve got reviews of all the latest releases coming your way in August, September and October, with Anton Bitel writing on the pathfinding gore effects in Sam Raimi’s re-released The Evil Dead, Trevor Johnston anticipates the release of long lost Orson Welles movie The Other Side of the Wind, and David Jenkins asks whether the time-honoured video rental store is making a comeback.

LWLies 76 is on general sale 1 August. Subscribe today and get every new issue delivered straight to your door.