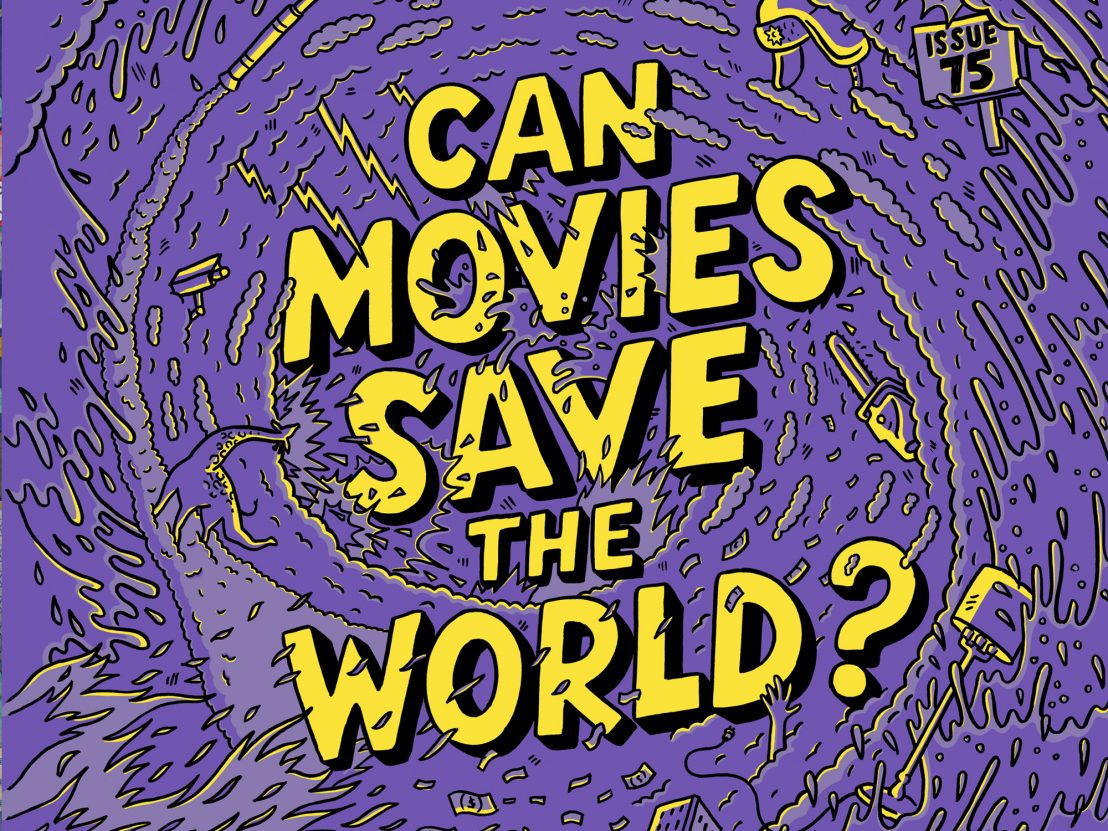 Wales-based typographer and illustrator Adam Hayes was tasked with creating a playful vision of the apocalypse on our 75th edition cover. See more of his work at mrahayes.com

A fully-illustrated rundown of the films that might just save us from collective demise from above and those politicians with their finger hovering over the red button. 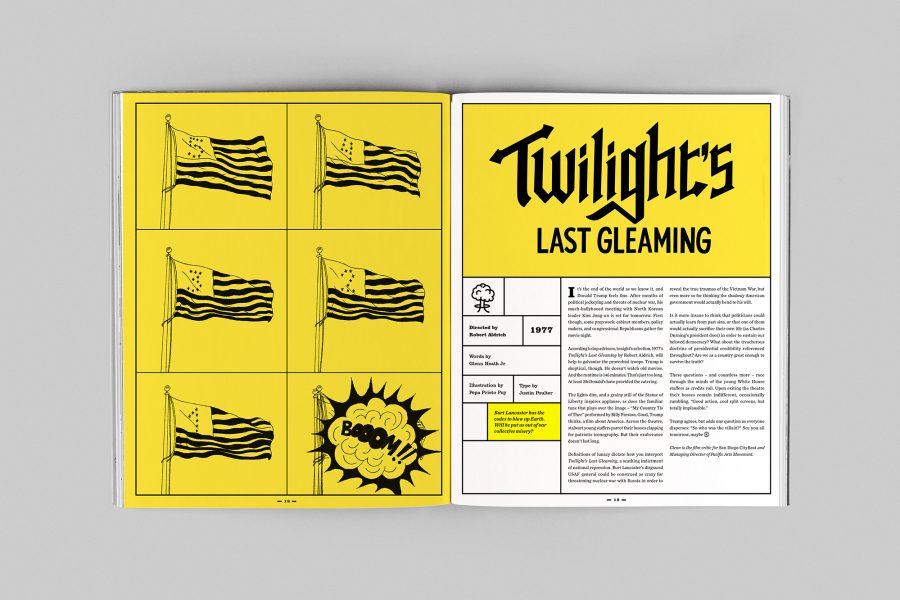 In the back section:

Alongside our usual curated selection of reviews of films released in May, June and July…

Arnaud Desplechin speak to David Jenkins about the playful and mysterious Ismael’s Ghosts.

Nick Pinkerton tells the story of the late, great Hollywood gunslinger Budd Boetticher ahead of a major new Blu-ray release.

LWLies 75 is on general sale 11 May. Subscribe today to make sure you never miss another issue.