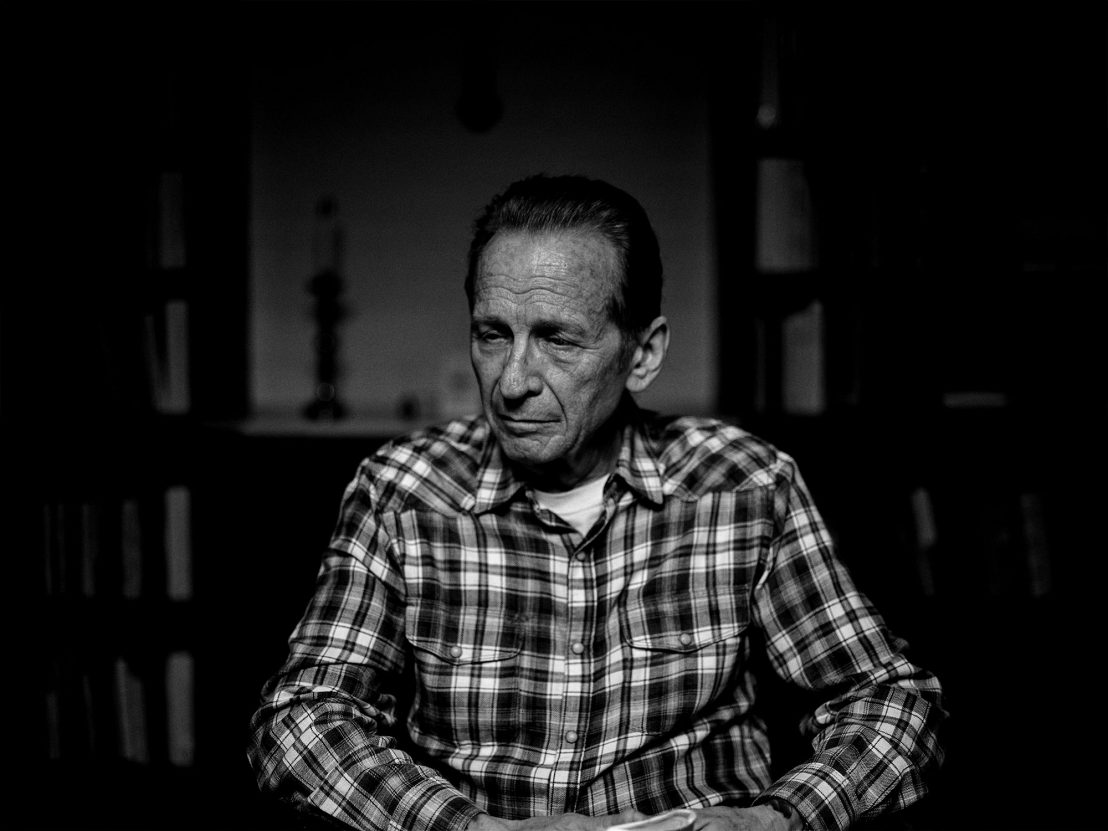 It was a long time coming, but Paul Raci finally received his dues when Darius Marder’s Sound of Metal was unveiled at the 2020 Sundance Film Festival. Having grown up as the hearing child of deaf parents, and having battled drug addiction and worked with recovering addicts himself, it’s fitting that the 73-year-old actor’s belated breakthrough came in a film about a hard-living rocker who finds solace in the D/deaf community after suddenly losing his hearing. Even more so when you learn that Raci plays in a Black Sabbath tribute band in his spare time.

As both the lead singer of Hands of Doom ASL Rock and a member of the Deaf West Theatre in Los Angeles, Raci is used to performing in American Sign Language on stage. However, opportunities to do the same on screen have been hard to come by over the course of his 40-year acting career, such has been the historic lack of D/deaf representation in terms of authentic casting and storytelling.

Not that you’ll hear Raci complaining. He describes the experience of the past year, during which time he’s been recognised by dozens of American awards bodies including the Academy of Motion Picture Arts and Sciences, as ‘bittersweet’ due to how often he’s been overlooked. But as we discovered when we caught up with Raci to mark Sound of Metal’s home entertainment release in the UK, he’s happy just being in command of his own life.

LWLies: You’ve been acting for more than 40 years, but I understand that music is your first love?

Raci: As a boy in high school I was really into the Beatles; that was where my love for music started. But it was actually before that, when I was about seven years old, that my love of music and film came together. In 1956 Elvis Presley made a movie called Love Me Tender, and my mother and I went to see it. My mother is deaf, and at that time there were no captioning or anything for movies. But she wanted to go and see it. So we’re sitting in the theatre together, and I quickly realised that I had to interpret the whole movie for my mom. That was my first experience of acting, but I didn’t know I was an actor. Then years later I discovered that acting is a craft that you can actually study. I thought that was amazing.

At what point did you start to pursue acting as a career?

When I got back from Vietnam. Before Vietnam, I was playing, you know, pop tunes; after Vietnam I discovered heavy metal, and that whole attitude and lifestyle. But at the time I connected rock and roll with drugs – I thought to play rock and roll meant you had to take drugs. I was a very immature young man. The lifestyle was literally killing me, so that’s when I started focusing on acting. And then I found out that actors do drugs! It was a very steep learning curve. But here I am.

I did a thing called the GI Bill where they paid for me to go into college. And that’s where I discovered the acting department. Up until that point, I really only thought of acting as just a bunch of pretty people on the screen. But no, it’s a craft. We were studying Stanislavski, which is basically method acting, and I’ve still retained a lot of that – I still make notes in my scripts the way I learned at college.

How do you feel about Sound of Metal being hailed as your breakthrough, given that it’s come so late in your acting career?

Well, it’s very sweet, leaning toward bitter. I mean, I’ve been doing this for years and years and years. But you know, when you decide to become an actor, you take the good and the bad with it. For most of my career, I’ve just enjoyed being in the moment – whatever job I’ve had at the time has been good enough for me. I love working with other actors and directors and meeting different people in the business. But to have this happen at this age, it’s strange. I’ve worked in 99-seat theatres, I’ve done one line in a movie, one line in TV show, so to have this kind of recognition now, it is bittersweet.

But maybe if I had had it 20 or 30 years ago, I wouldn’t have been able to handle it. You know, I had a daughter to raise, I had drug issues I had to get through, addiction problems. So the way I look at it, honestly, is I think this has added 20 years to my life. I feel like I’ve got a lot of stuff to do now. I’ve got a lot of exciting projects coming up. My phone is ringing off the hook. So am I complaining? No. Am I bitter? Maybe a little. But I’m too busy to care.

Has this experience renewed your love for the craft of acting?

It’s renewed my faith in life. Has it renewed my love of acting? I’d have to say no, because I’ve always loved it so much. I could take any role in any production and just be so excited about it. Nothing could ever diminish that.

This role feels tailor-made for you, but in years gone by it might have gone to an actor with a bigger profile. Do you feel like you’ve been overlooked in the past?

I have been overlooked many, many times. In Hollywood specifically, I can’t tell you how many times I’ve gone up for a role and been told, ‘We’re going to go with a name.’ There are many actors out here like myself that get overlooked every day. It’s just the name of the game. You’ve got to keep your head down and keep moving. But if you’re D/deaf, you’re blind, or D/deaf and blind, your chances are even more slim. I think that this movie has afforded maybe a little opportunity for those people to break through that. 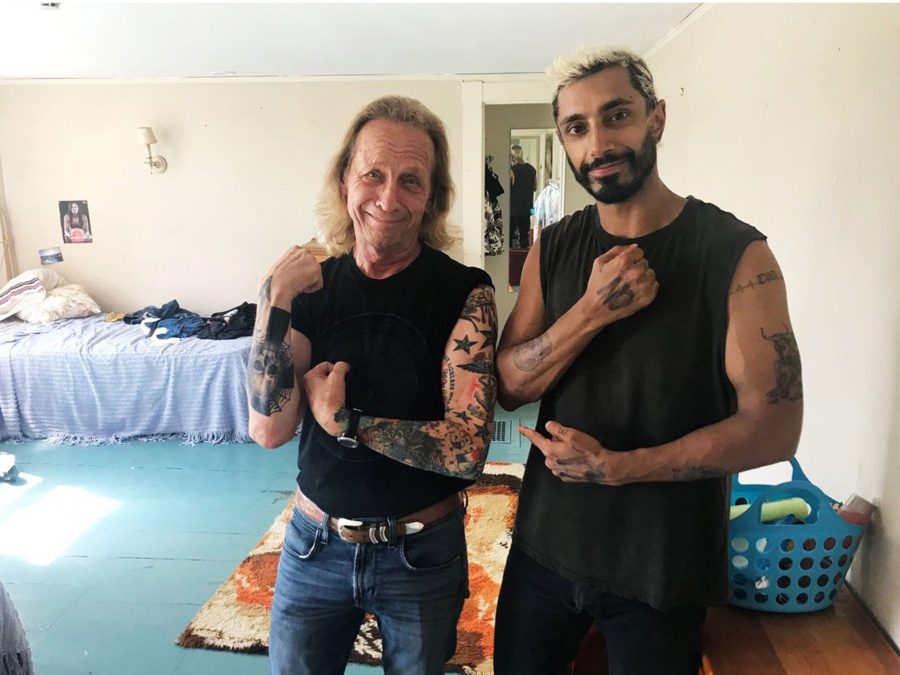 What do you think needs to happen now in terms of the industry committing to more equal opportunities?

I don’t know about in general, but I can tell you in this case all it took was one man with the balls to do it. Darius Marder. He researched his movie for about 14 years, and many times in that journey people told him, ‘You must have a name to get the money’. He said, ‘No, I want to make this film my way’. Sometimes it’s as simple as one man having the hutzpah to say no. And he didn’t just say no, he insisted. He was told not to cast me, for example, but he knew that he needed authenticity to tell this story right.

At what point did you become involved in the project?

I was brought in very late, almost the last minute. When I first got the call, I read the script, and I thought it was just beautiful. Then I find out it’s a low budget movie. I turned the part down. Not because the pay was low, but because they were filming in Boston and I live in Los Angeles – I work here mainly as a sign language interpreter in the court system – so it made no sense. I have a mortgage, you know, I can’t be away from my main source of income for too long. So we went back and forth, they bumped up the money a little bit. The thing that finally convinced me was, Darius got on the phone and talked with me like a human being, like a brother. I’m kind of a Buddhist, he’s a Buddhist, we believe the same kind of spiritual philosophy. If you really want to know the truth, that’s how I really fell in love with the project.

Joe is sort of a mentor figure to Reuben. Has there ever been someone in your life who has fulfilled that role for you?

There have been many. My very first mentor was my first acting teacher. When I got out of Vietnam, I met this gay man who was a professor, and he helped me fall in love with acting. He helped me realise that acting was a noble profession. So that’s one. And then of course, having addiction problems, I fell in love with certain guys that would show me the way out of that. I myself worked as an interpreter for D/deaf addicts, and I remember one woman in an addiction programme who taught me what it was to be satisfied with who you are and to love yourself. So yeah, there have been several mentor figures in my life, and each has played a different role.

To me, actors have a garden that they bring with them. And my garden is so rich. I can pull from it all the things I’ve learned, you know, from certain mentors, certain experiences, people that I’ve mentored that still call me for support. I have a garden that’s deep and rich, and I’m very grateful and blessed to be able to bring that with me on stage or on a film set. The more you experience, the richer your garden becomes. That’s the way I look at it.

Let’s talk about your music. Are you performing at the moment?

It’s been hard since everything’s been shut down, but we’re starting to book clubs now. So we’ve been rehearsing, and you know, we’re tight as ever right now. I can’t wait to get up on that stage and play music for people again soon. You would love it. I have a headset on; I’m singing Sabbath’s lyrics and I’m doing American Sign Language at the same time. At our shows there’ll be 30 or 40 D/deaf people mixed in with the regular headbangers, so you have people singing ad jumping around and other people singing back at me. It brings a great awareness to hearing people to see D/deaf people enjoying the music like that. And believe me, D/deaf people love Black Sabbath.

Do you play a full repertoire or just the early stuff?

We do the first eight albums, all Ozzy stuff, three or four songs from each of them. I’m a Dio fan, too, but we don’t do any Dio. I have to be a bit more sensible nowadays though, because after doing two hours of Sabbath songs I’m exhausted. I’m 73, you know. But I take care of myself.

Sound of Metal is available to Download & Keep and own on Blu-ray now. 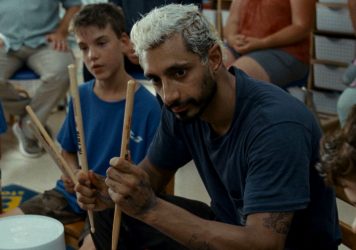 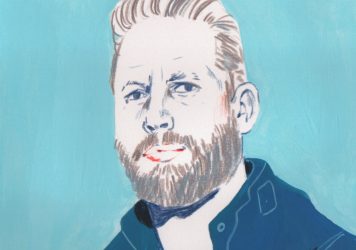 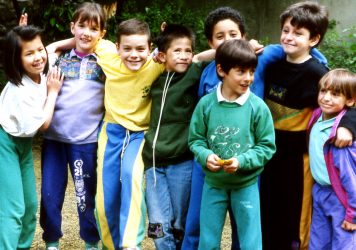