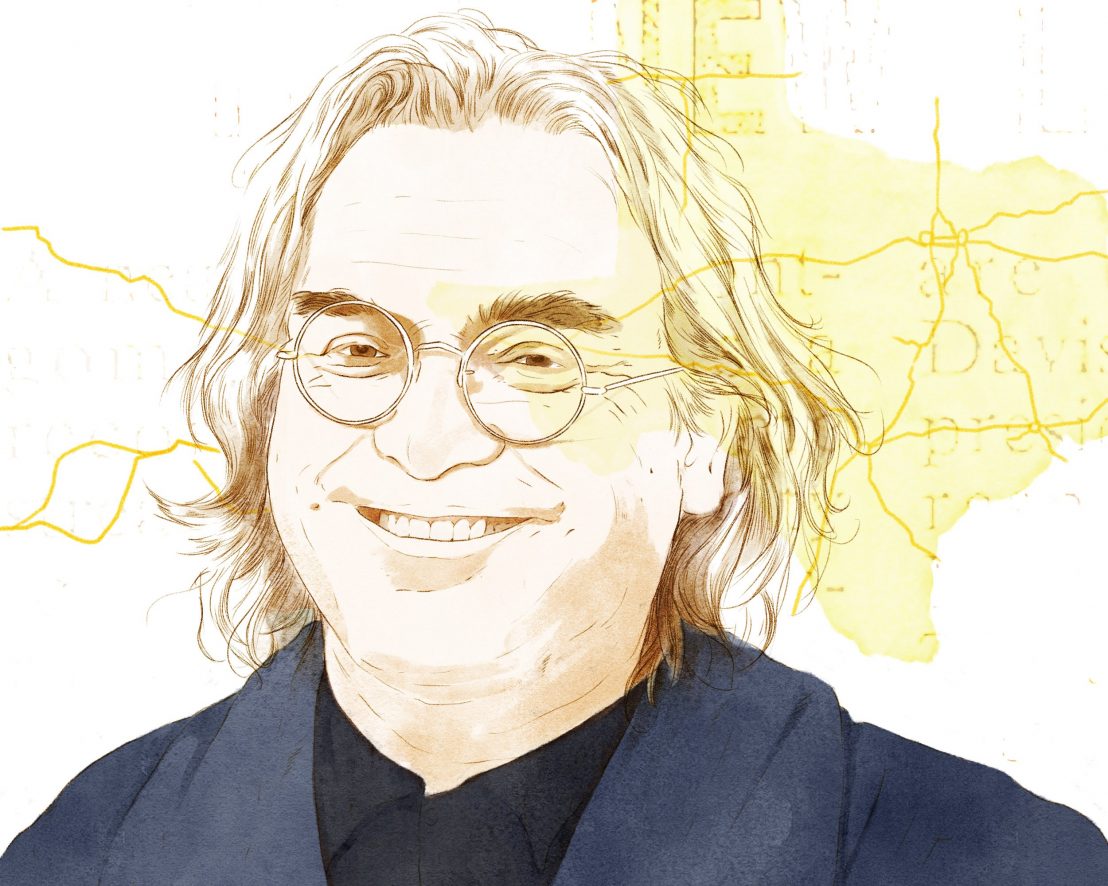 Paul Greengrass: ‘I wanted to make The Searchers in reverse’

The writer/director on channelling John Ford for his first foray into the American frontier, News of the World.

Paul Greengrass leaves his meticulous recreations of real-world tragedies behind for the western parable News of the World, in which a traveling newsman (Tom Hanks) ferries an orphaned girl (Helena Zengel) to safety through the treacherous wilds of Texas. The writer/director sees their frontier odyssey as a call for unity and reconciliation in a fractured world that sorely needs it.

LWLies: Were there challenges to the major physical set pieces, such as the cattle drive or the dust storm?

Greengrass: It was pretty easy, to be honest. We had fantastic wranglers who knew how to do everything. I was in awe of their expertise. I’ve never made a western before, so there were obvious challenges: horses, wagons, period firearms, extreme heat and cold, lots of climbing and roping equipment up cliffs, the occasional rattlesnake. Lots to work through that you may not face on a contemporary-set film, but every production has its own difficult parts. The best thing you can do is surround yourself with dedicated experts.

This is your first western. Did you approach this any differently than you have your docudramas or larger-scaled action pictures?

I start every film by thinking through the story as a personal choice, as something you care a lot about. So, this one emerged from the aftermath of 22 July, my last film, which was also rather personal for me. It was a deeply personal meditation on a growing critical problem: the rise of violent right-wing extremism, which has only gotten worse in your country and mine. The story of a family’s attempt to come to terms with it was a story of healing.

But after 22 July, I was looking to do a different sort of film, slow down a bit. News of the World came along, and when I read the story of this wandering, lonely newsreader with a satchel full of papers, it felt to me like he’s a storyteller because he wants to heal by connecting people. He brings people together with the healing power of stories. He meets with this young girl, and he reluctantly decides he has to take her to her home, and it’s a journey for the both of them to find somewhere to belong. That’s the road out of division. In the film, it’s after the Civil War, but it also applies to today. 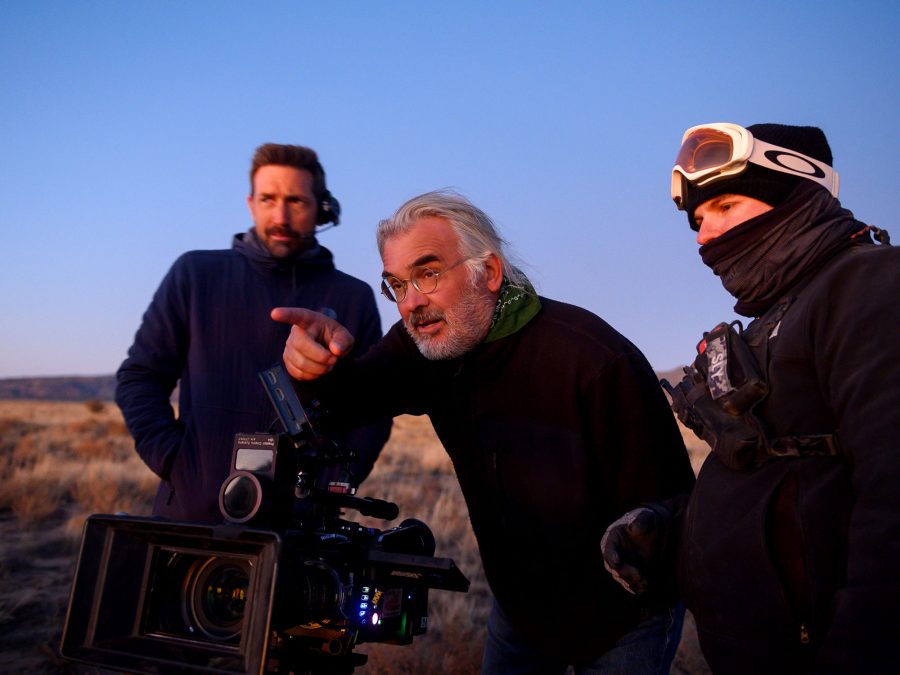 This film is definitely in the classical John Ford mode of the western, not all that revisionist. How did you get in that creative mindset?

I’d worked on a series called Five Came Back, a documentary series about Hollywood filmmakers during World War Two. They got contemporary directors for each episode, and I took John Ford. I spent a wonderful month rewatching every one of his movies, studying his technique closely, and looking back now, I see that it was inspired coincidence that News of the World came to me when it did. It’s clearly informed by The Searchers, other westerns about lost children and journeys through dangerous regions. But this felt like The Searchers in reverse, not the mission to find the girl but to bring her home. It was an opportunity to re-explore that territory in a more contemporary way.

Helena Zengel gives an extraordinary performance in the film. What were your impressions of her?

When making a movie, you always have a faint sense of what your big obstacle is going to be, the thing to fix among a million others. I was sure our great challenge was going to be finding Johanna. The part’s every bit as vital as Tom Hanks’ part, lots of proper acting. You can put children in various situations and their talents will be put to the test, and in Johanna’s case, she needed to be able to convey the truth of what she’d been through. That’s a tall order for a child. She needs range, the ability to turn on a dime. We needed an 11-year-old girl with serious depth, and that’s a lot to ask. I thought we’d have to see hundreds of girls over a course of months, I was all ready for an agonising process.

We’d only just begun looking when our producer Gail Mutrux asked if we’d seen this German movie System Crasher, which won a prize at Berlin. She sends me a copy, and it’s just superb. She’s so brilliant, and I thought, ‘What are the chances of there being two 11-year-old girls in Germany that good?’ This is a long-winded way of saying that once she was cast, her performance became the thing I had to worry least about. She was fantastically well-prepared. Fearless, really, and on a film set full of strangers in a place she hadn’t been before. Opposite Tom Hanks, no trouble whatsoever. After a couple takes, Tom sat down and said to me, ‘She’s unbelievable.’ I never had any concern about her from then on.

In the States, we like to see the western as a uniquely American tradition. What’s your perspective on the genre, coming at it as a Brit?

I am a Brit, but I grew up with westerns as a boy. I was raised on Ford. I just never thought I’d get to make one, and when I saw the opportunity was available to me, I grabbed on with both hands. You’re right that the western is built on American archetypes, but because of that there’s a mythic quality in the genre. It’s intimate and intense, mounted in an enormous, inhospitable environment of grandeur. The questions of who we are and who we want to be, relevant to The Searchers and to this, are also relevant to me. I wanted to bring out the contemporary, within America and beyond. It’s the story of the wandering newsreader in the shadow of the Civil War, but we’re also dealing with a bitterly divided world today. We’ve all still got that need for healing.

News of the World is available on Netflix from 10 February. 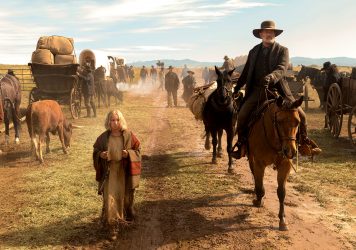 News of the World

Tom Hanks saddles up for a classically-styled western about a Civil War veteran who rescues an orphaned girl. 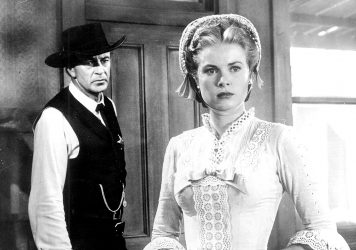 Condemned as ‘un-American’ upon release, Fred Zinnemann’s 1954 classic remains one of the most forward-thinking films of its era.