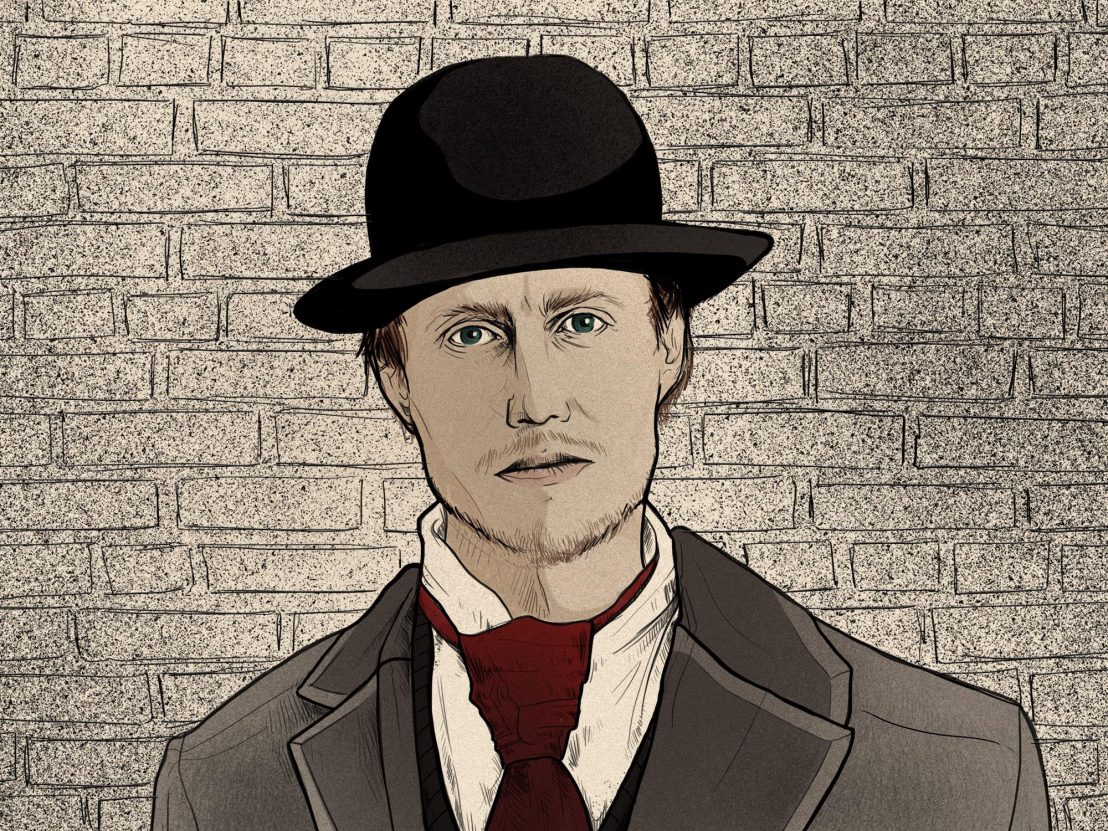 The Hungarian writer/director of Son of Saul discusses his beguiling follow-up, Sunset.

László Nemes has a boyishness at odds with the hellish and confrontational nature of his two feature films. Sunset is the follow up to the film that in 2015 announced Nemes on the world stage as the youngest director to premiere in competition in Cannes. The Auschwitz-set Son of Saul involved being locked into a camera angle that mimicked the point-of-view of its lead actor, resulting in a feeling of immersion in chaos without recourse to the relief of an overview.

Sunset uses the same technique this time to follow a young woman in Budapest in 1913 as she doggedly pursues the mystery of her parents’ death on the cusp of World War One. We dived in at the deep end with Nemes – for whom bursts of eloquent feeling seem continually close to surface – and talked about destructive humanity, the logic behind his point-of-view technique, his objections to current trends in cinema and technology, and his grandmother Klara.

LWLies: Both your films are very dark. Where does your bleak worldview come from?

Nemes: I guess that’s my central European way of looking at things. Are there many reasons not to see the world as bleak? The 20th century was very interesting and mysterious because it started as a very promising age and in a matter of a few years we turned a promise into a nightmare. I’m really interested in how much destruction there is at the height of civilisation, and how the human soul can be linked to the soul of civilisation, and what forces are at work.

Do you have any insights into what it is about humanity that caused us to nosedive?

There’s a central mystery to the fall of civilisations. Rome wasn’t destroyed by the Barbarians, Rome was destroyed from within. In a way, our civilisation was also destroyed because the promise and the sophistication, and the illusion of goodness was proudly, in a very intimate way, linked to a willingness to self-destroy. The forces of construction and the forces of the downfall cannot be separated.

It’s clear how one can look at bleak political outcomes and wars and to feel despair but in Sunset the betrayals and the violence feel much more interpersonal. Is that how you think things are between people?

Well, did you ever read Kafka? There’s a constant obstacle for human beings to decipher and understand the world that’s around us. I’m interested in how much cinema nowadays, especially in the last 30 years, has communicated to the audience – the internet is still doing it and the television is doing it – how much control we have on our world, how much understanding we have of our world. There’s this almost narcissistic optimism in that. But I feel, on the contrary, that we are failing to measure our limitations and the fact that we cannot have a god-like point of view on the world.

Cinema today – by jumping from angles, from points of view, always giving the right amount of information and the right vision when it’s needed for dramatic purposes – gives the audience the impression that they control, they can judge, and they can understand. I think, on the contrary, I have a responsibility to my audience to take them on a journey that is also by themselves, and show that you cannot always open all the curtains. There’s a labyrinth in our life, and there is a limitation to our understanding. This film is about the desire to understand, but that there are limits to this understanding.

So how do you triumph over all of these limitations and make a film?

I put myself at risk. I’m trying to push the boundaries of film language as I feel the grammar of cinema has come to sort of conventionalise a set of expression. I’m challenging that and I’m hoping to do so by making films like this. It’s always a challenge for me as a filmmaker and for my crew to bring about these visions in a very practical way. Also, on the level of the thought, it’s always a question, it’s always a risk, it’s always the constant dance on the edge of the abyss.

What do you mean in practical real terms by dancing on the edge of the abyss?

You don’t know whether you can, as a filmmaker, succeed in making a film that’s so much about the labyrinth and the frailty of our perception. It’s about the labyrinth of the human mind and in this case this young girl, who seems to be extremely innocent and fragile but it’s a journey to her. It’s this kind of filmmaking that doesn’t do coverage. We actually have choreographed shots that can last for a minute, for two minutes that have a beginning, middle and an end more-or-less.

I don’t do coverage really so it’s not in the editing phase that I invent my movies. I invent it before, and on the set, it’s more of a conceptual work at the beginning. I think in movie-making its important to take the decisions beforehand and not push them back to the editing room. That’s a different kind of work, and I think that my way of working is really pushing myself to the limits of the feasible.

Does that mean that the editing stage is really quick?

It’s not quick, but it’s quicker than what people nowadays are used to, because nowadays more and more people are shooting on digital. They have hundreds of hours of material. and that’s actually, for me, more of an editing job. I think that filmmakers should force themselves to take decisions before and not keeping those to afterwards.

You seem at odds with a lot of trends.

Yes. I don’t do it just to be a rebel, I do it because I feel that’s what’s right and that’s what the audience deserves, it’s to not to be kept in their comfort zone, but to be challenged because I think that’s how you bring meaningful experiences to the audience.

Which filmmakers have brought meaningful experiences to you?

A lot in film history. Fifty years ago, it wouldn’t have been a question that different directors have very different stylistic and directorial points-of-view and their directing of the actors should not be the same. What we have today is more of a standardised approach, even the format now is almost exclusively widescreen without reasons for that. In the past I can talk about Antonioni for example who really tries to leave a place for the viewers to immerse themselves in the experiences that he creates. He doesn’t have to explain everything and he takes risks with the storytelling because he knows that that’s how you push, how you challenge the viewer.

Have you any particular favourites by Antonioni?

I like L’Avventura, I like all of his films basically. For example Blow-Up is something that I really feel close to, or even The Passenger. I think I could talk about all of them. Or L’Eclisse – I guess those are my favourites.

At what age did you realise what your guiding interests were and what helped you to be where you are today?

That’s a difficult question, I don’t really know how to answer it. I mean, different impressions of arts, from painting to films to photographers – a lot of different impressions that I carry with me, or literature. I’m interested in worlds that have a very real feel but at the same time the overall experience can create a fairytale impression in your mind, like in Kafka’s books, or magical realism. I like when it’s very real but has an overall feeling of a subjective experience.

Do you have any particular hopes for your films once they’re finished and people are watching them?

Just that people should have less preconceptions about movies. The internet prepares them for immediate knowledge, of a set of preconceptions and pre-existing thoughts and attitudes – almost like a very short description of something that should make sense. I really hope that we can come back to a more human, meaningful experience and let go of the spiral of computers, and data and impressions and superficial imagery that’s constantly keeping us in a state of frustration. I just want the viewer to sit back and maybe forget… forget their phones.

Sunset is released 31 May. Read the LWLies Recommends review.