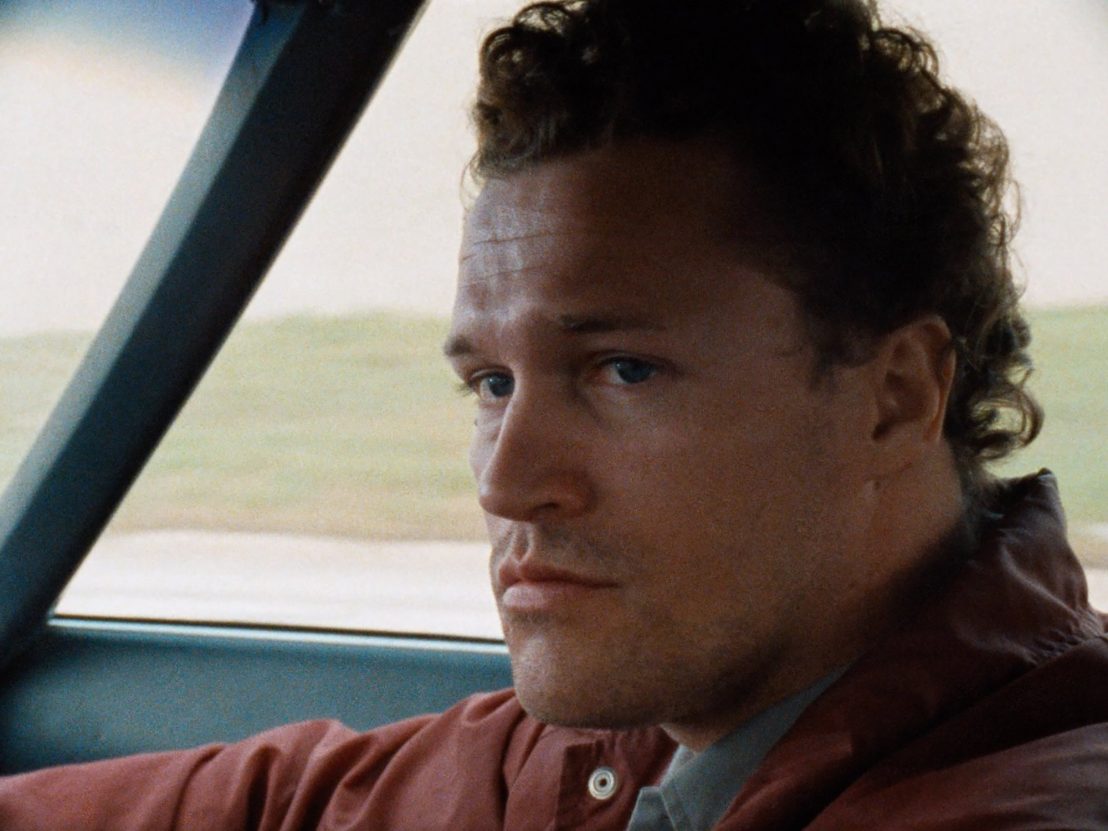 “No, not the dog!” – John McNaughton on Henry: Portrait of a Serial Killer

As Henry: Portrait of a Serial Killer receives the 4K Ultra HD treatment courtesy of Arrow Videos, here’s a never-before-published interview with director John McNaughton from 1993 by David Hayles.

Director John McNaughton and producer Steven A Jones, responsible for the infamous Henry: Portrait of A Serial Killer, were guests of honour at the 1993 Shots in the Dark film festival at the Broadway Cinema in Nottingham, a week of films devoted to the crime and murder genre.

Quentin Tarantino, also a guest at the festival, got to meet McNaughton for the first time, and they were able to pat each other on the back for their equally startlingly debut films; Tarantino could be heard enthusing about one of the final scenes in Henry, where the eponymous hero meets an old lady walking her dog Delores, a scene which, McNaughton told me later, had in the past prompted some audience members to shout out, “No, not the dog!”

During the festival McNaughton and Jones introduced a special midnight screening of the film. “Have a swell time,” McNaughton said with a mischievous grin. “Those of you who haven’t seen it before,” continued Jones, “will be in for a surprise.” The same could be said of watching their latest picture, which they were promoting at the festival, Mad Dog and Glory, starring Robert De Niro, Uma Thurman and Bill Murray, a quirky love story scripted by Richard Price (writer of The Wanderers, and the remake of Night and the City, also with De Niro), and executive produced by none other than Martin Scorsese.

McNaughton had sent Scorsese a tape of Henry, which Scorsese loved, and decided to get McNaughton on board to direct a big feature. But a comedy romance? I asked McNaughton to explain why he was put at the helm of a film without a serial killer or dismembered head in sight.

“After Mad Dog was finally released in the US, we did a video press conference with De Niro and Bill Murray and Richard Price and Scorsese,” McNaughton says. “Marty had never explained it before but he finally said something. ‘You know, I have this script, it’s a really sweet, a sweet story you know, and there’s this picture, Henry, it’s crazy – let’s get the guy that did this Henry and give him this sweet story and see what happens.’” 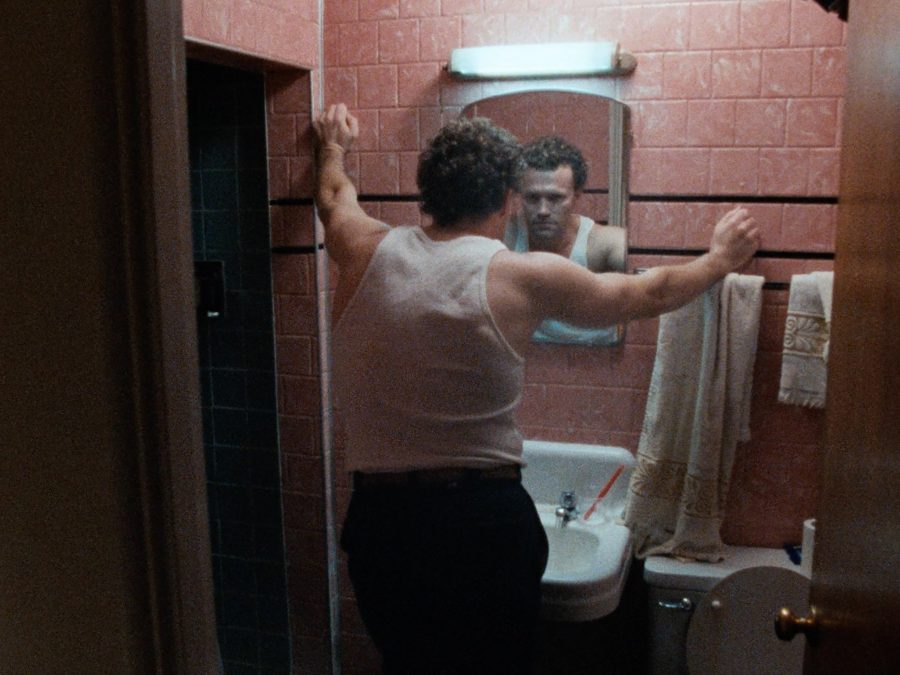 It was certainly quite a leap for the team to move from Henry, with a $100,000 budget and crew of about five, via several independent pictures, to a big budget Hollywood film with an A-list cast and a crew of seventy. McNaughton seems to have taken it in his stride: “You’re always nervous on your first day of shooting, you always think you want to throw up. But by that time, you’ve gotten to know De Niro and Murray, and been in rehearsals etcetera. So unless they’re going to change their personalities entirely it’s pretty cool. By the second day I was ready to commit suicide though! We were already half a day behind schedule. My advice to filmmakers is don’t do the crane shot on the first day!”

For their next project, a ‘love-triangle murder story’ based on the 1964 pulp fiction novel Carny Kill, which Henry himself, Michael Rooker, is set to star in, McNaughton and Jones are moving back to the independent scene: they coincided their trip to the Cannes Film Festival this year (where Mad Dog was in competition) to raise money for the film. Doing Mad Dog allowed them to set up a production company, and for Jones, who has produced all of McNaughton’s films, to quit his day job in advertising, but, as Jones says: “Independent is the only way to get our projects done – the studios are less inclined to finance the things that are dearest to our hearts.”

Being very precious about the process of filmmaking, from the early stages of conception right through to getting the colour timing right and supervising the transfer of film to video (“if it’s left in the hands of engineers they always go too light” he complains), McNaughton is no happier with the tampering of the video version of Henry in this country, trimmed by BBFC censor James Ferman so it could be granted a certificate. In the notorious ‘home invasion’ sequence, where Henry and his sidekick Otis videotape the murder of an entire family, it transpires that what you are watching on-screen is actually the killers re-watching their horrific deeds at home on the VCR. Ferman has cut in reaction shots during the sequence, so that the audience is not tricked, as well as to eliminate some of the harsher graphic moments.

“I haven’t seen the cut, and I don’t want to,” says McNaughton firmly, with a brief glimmer of menace. “It’s one thing to remove stuff, but when you re-edit, you’re changing the content and meaning of the picture. It’s a key moment of the film. You have to question yourself and say, ‘I’m like them – I watch violence to entertain myself.” By cutting it the other way, you’re releasing the audience of that responsibility, in my opinion making it more gratuitous and irresponsible.”

Many regard Henry as one of the seminal horror films of the eighties, and it has been a hard act for McNaughton and Jones to follow. They still promote the film as it gradually released around the world (it recently emerged in Belgium), and if to your taste, you can now pick up Henry T-shirts and even a Henry picture disc soundtrack, which incidentally was composed in part by Jones himself. Asked if they will do another horror picture they say if the right script comes along, yes. “At the moment, though, half the scripts we read are serial killer ones.”

It’s unfair, though, to say that McNaughton is only comfortable with screen savagery. Ask him about his biggest film influence, and he will tell you Peter Pan, which his parents took him to see when it was first released. “I saw it again two years ago when they finally released the LaserDisc,” he says, “and I thought it was every bit as wonderful!” 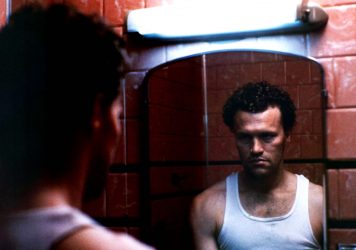 Henry: Portrait of a Serial Killer is a terrifying look at the banality of evil 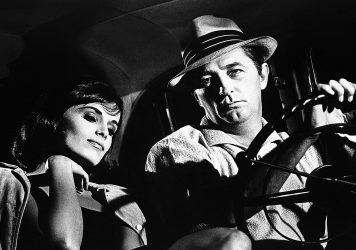 Why I love Robert Mitchum’s performance in Cape Fear