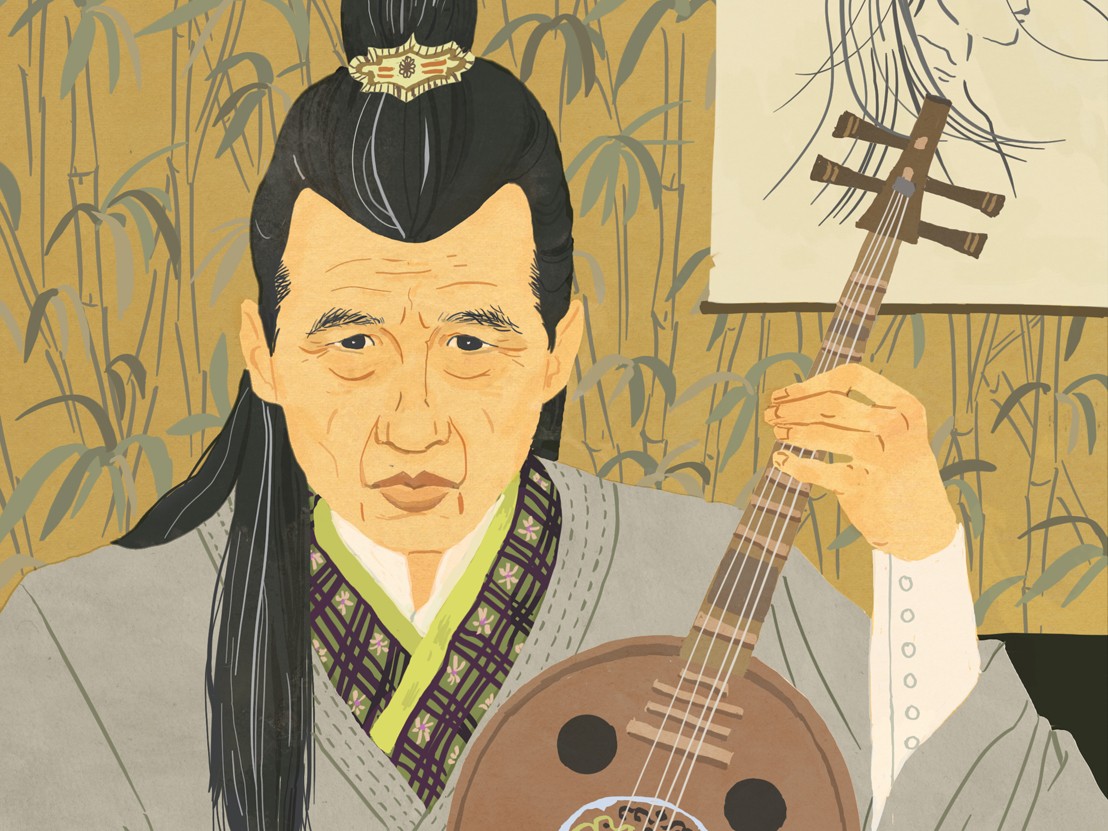 The Assassin, the latest work from Taiwanese director Hou Hsiao-Hsien, was a long time in the works, but the wait was worth it. Mournful, exacting and mysteriously moving, it stylistically slips right into his stunning body of work.

Starting out in romantic melodramas in the early ’80s, by the end of that decade he was producing some of the most innovative and acclaimed movies of the decade, including 1985’s A Time to Live, a Time to Die and 1989’s A City of Sadness. From there on in, Hou was in the business of making great movies, covering a swathe of eras, styles, countries and genres. This one is his personal take on the martial arts movie.

LWLies: What do you think is the hardest thing to capture on film?

Hou: The hardest thing to capture is a true reflection of a character’s feelings. That’s why I never rehearse. I just set the scene and put the actors into an environment where they can act unconsciously, rather than practice and practice, or apply technique. That is not true. It’s not real. Sometimes the actors can get there – to those feelings – in just one take, sometimes not, so I’ll shoot another scene. I won’t tell the actors if it’s good or not, I’ll just say ‘next scene.’ Then we’ll try it again another day, to see if the feelings I want to capture are ready to come out then.

What are the qualities you look for in an actor?

With experience, I can tell just through a conversation whether someone will make a good actor or not. I first saw Shu Qi in a TV commercial and set up a meeting with her agent. She was really young – early twenties – and the first thing she said to me was, ‘So, I know you’re a famous director, but…’ It was like she wanted to challenge me. I found that fascinating. She was really cool and I wanted to work with her. On Millennium Mambo, I hardly spoke to her, I just put her in these situations to see how she’d react, what her instincts were. I wanted her to show me her essence.

Didn’t you consider a career as an actor initially?

You also talk about your love for singing in Olivier Assays’ documentary, HHH – Un Portrait de Hou Hsiao-Hsien. The film finishes with quite a karaoke performance from you.

I don’t think I’d make a great singer. I entered a singing competition at university, but nothing came out when I was on stage. I couldn’t make a sound, I was too self-conscious.

You explicitly quote other filmmakers in a number of your films. In 1983’s The Boys from Fengkuei, you feature a scene from Rocco and his Brothers. Was Visconti a big influence on you then?

I saw Rocco when it was first released. Boys from Fengkuei came out in the heyday of Taiwanese commercial cinema. Myself and Edward Yang would spend a lot of time during that period discussing Italian Neorealism, the New German Cinema, the French New Wave… We were really influenced by these New Cinema movements, which informed Boys from Fengkuei. That scene was shot in Taipei – the interiors, I mean – and we asked the cinema to play something. That was the film they had there that day.

People have been talking about The Assassin as your first fight film, but there are numerous fight scenes throughout your films, especially the autobiographical ones.

There were a lot of gangs where I grew up. At North Gate, there were the 24 Blue Eagles, and at West Gate there was City Temple, which I belonged to. It was a tradition in that rural area in southern Taiwan, and rivalries had been developing for generations. My uncle and his friends would be part of one group, while the younger generation would be part of another. There was another gang called 15 Wolves, and the biggest fight was between them and the 24 Blue Eagles, in the park at night. It was better to fight at night, under the cover of darkness. We’d fight with home-made samurai swords, the eldest at the front with the biggest swords. Us younger ones would be at the back with bricks, but we’d run to the front to throw them. You could see sparks coming off the swords when they’d fight. There were a lot of drug issues too, especially among the younger generation. A lot of my friends died that way.

How did you get away from that environment?

I didn’t graduate from high school, but I had to do my military service, which was compulsory. Those two years kept me away from the gangs, but when I came back, my father, who worked in Kaohsiung county government sent me to the local police station to be disciplined. I ran away to Taipei the next day, where I started working on an assembly line and tried to pass my university exam, which I just about passed. So I was able to escape by going to art college.

You’ve spoken previously of your interest in documenting masculinity in cinema, and yet so many of your later films – including The Assassin – are female-centric. How did this shift in perspective come about?

I’d usually write a character based on the specific qualities of the actor, which in later years I’ve found has come more easily with women, who have a stronger presence, like Shu Qi. I’d worked with Jack Gao for a long time, focussing on his masculine qualities. The young boy in Boys from Fengkuei too, he was ferocious, and just like his character. Even though he’s from that background, he lacks the kind of fascinating charm I find in female characters.

So if we ever find ourselves in a situation where we need a home-made Samurai sword, what’s your advice?

When I needed one, I’d go to one of the eight alleys near the temple where I grew up. There was an iron shop in one of them, owned by my friend’s father, so we’d look for a long piece of iron in the shape of a sword. Short ones were okay, long ones were better. Unfortunately in Taiwan, there’s no tradition of making proper samurai swords, so we had to make them ourselves with what we found.