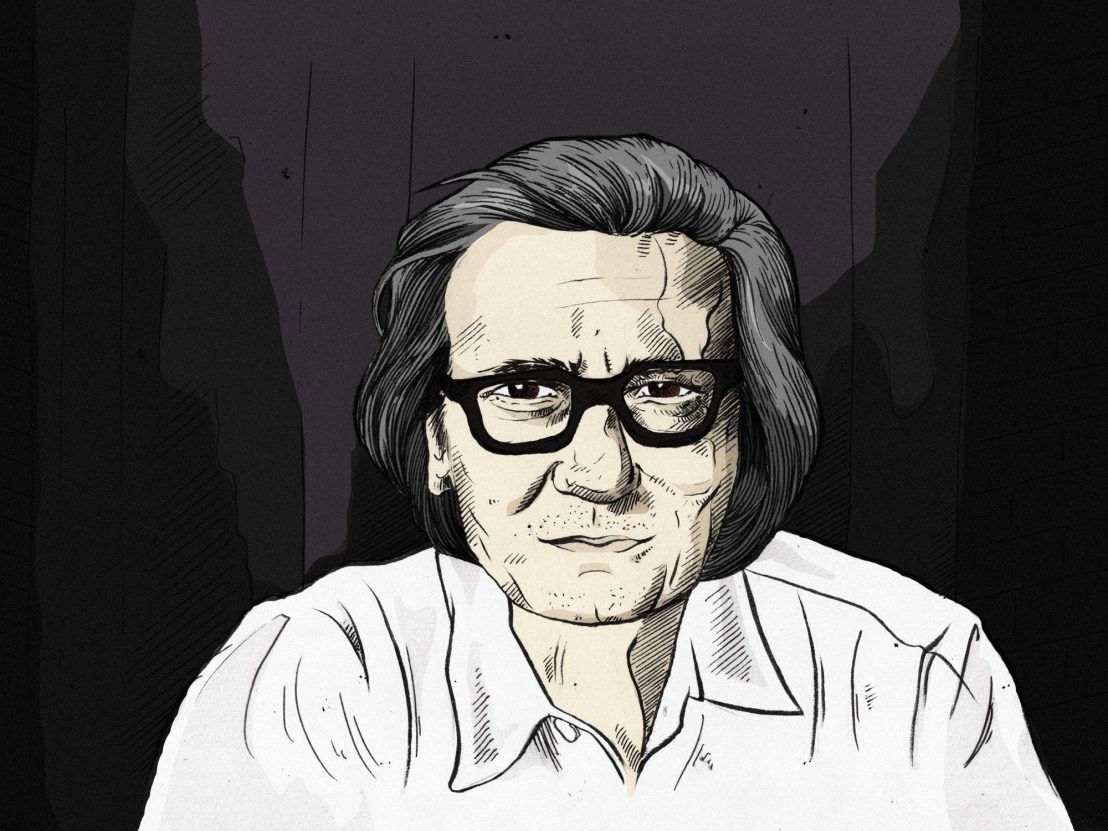 Griffin Dunne on acting, Joan Didion and his plans for an After Hours TV show

The actor, director and producer discusses his latest project and reflects on his remarkably varied career.

When Griffin Dunne first appeared in London in 1981, it was as the living-dead victim of a werewolf. He roamed the streets of the UK capital, slowly decomposing and accompanying his friend through his own transformation into the murderous beast. In the years since An American Werewolf in London, Dunne has never stopped wandering, perpetually moving between acting, producing and directing. When we meet on his return to the city he once haunted, it’s to discuss Joan Didion: The Center Will Not Hold, a new documentary about the famed author of ‘The White Album’ and ‘Play It as It Lays’.

This was a particularly special project, Dunne reveals, since Didion is both his subject and his beloved aunt. “I knew it’d be impossible to just do a straight-ahead documentary as if I wasn’t related to her. It would be kinda false to not acknowledge that, but by acknowledging it too much, it takes it away from the work.” Instead Dunne chose to focus on Didion’s legacy as a reporter of America. “The idea was always to show what was going on in America through what was going on in her life.”

Enquiring about certain painful periods in Didion’s life was evidently challenging, but Dunne admits that getting her to talk about her work wasn’t much easier. One of his earliest memories of “being intimidated” was when, after reading her bestseller ‘Slouching Towards Bethlehem’ aged 11, he asked what she was working on. Didion’s husband John Gregory Dunne (himself an author) overheard their conversation and screamed, ‘You never ask a writer what they’re writing!’ As Dunne observes, “The intelligence that comes across in her silences is daunting and intimidating to just about everyone on earth. And actors who can describe how they act are usually over-explaining in their work.” For this reason, he understands Didion’s desire to “keep [her] voice quiet.”

Profiling the author and his personal connection to her in The Center Will Not Hold was, “a balance that [he] was finessing right up until [he] had to lock picture and release it.” Dunne explains with a smile that although topical, he decided not to include the story of how Aunt Joan unknowingly helped him to become a director. She asked his mother to allow a 12-year-old Griffin to attend a party at her house where Janis Joplin was due to appear. Although Dunne’s idol arrived too late for him to meet her (it was a school night), he ended up basing his first film, the Oscar-nominated 1996 short Duke of Groove, on this “seminal moment” in his life.

When it comes to choosing projects, Dunne has always allowed himself to be guided by an adventurous spirit. “You could spend years and years on something that eventually never happens,” he says, “so I would just gravitate to whatever became truly real.” Although this tendency occasionally frustrated his agents, Dunne was able to produce works by such luminaries as Martin Scorsese (1985’s After Hours, in which he also starred as a New York drifter in for a long night of sexual frustration), John Sayles and Sidney Lumet. “I learned a lot,” he says, and “all that producing and acting paid off” when it came to employing his talented friends and colleagues in his own films.

His attraction to budding projects explains Dunne’s casting in Jill Soloway’s incredible and demented TV show I Love Dick in 2016. “Actually, that part chose me!” he explains. In New York, Soloway’s son was talking on the phone with his roommate who had just spent a day with Dunne in Los Angeles for a funeral. When asked if she’d heard of the actor, Soloway apparently let out an elated scream. As Dunne tells it, “They’d been through two actors who didn’t work out, and they were four days from shooting.” Dunne was on a Skype call with Soloway 10 minutes later and arrived on set just in time for production to begin.

“It’s up there with one of the best parts I’d had since Werewolf and After Hours,” says Dunne. He plays Sylvere, the older cultural theorist husband of Chris (interpreted with boundless energy by Kathryn Hahn), with whom he moves to an artists’ retreat in rural Texas. There, Chris becomes obsessed with the mysterious modern cowboy professor Dick (Kevin Bacon, perfectly cast), which in some twisted way reignites the sensual flame in her own marriage.

Dunne recalls how he bonded wit his co-star over Soloway’s old-school creative process. “Kevin and I were among the only and oldest guys on the set! We would have people standing on a box before work started and they’d talk about their feelings… Kevin and I would look at each other and go, ‘This is like being back in acting school,’ But in a good way, ’cause in acting school, everybody is so excited about what they’re doing; they’re at the beginning of their lives.”

He may have explored various other facets of filmmaking, yet acting remains close to Dunne’s heart. I can’t help asking him for his thoughts on the Meisner technique, which I’m studying myself and which Dunne learned from the very best at the Neighborhood Playhouse School of the Theatre in New York. His eyes light up and he generously asks me more about my course, before again finding a way to connect acting to filmmaking in a wider sense. “It’s a technique that works just as well for writing as it does for acting, it’s enormously helpful. A lot of people who studied the technique and with Sandy [Sanford Meisner] went on to become writers instead of actors, and particularly directors.”

For Dunne, the way this approach employs improvisation from real elements makes it especially truthful. “It’s not abstract like in other kinds [of acting] where you have to… pretend. Do a thing where you’re thinking of your dead mother… digging up her body…” he says, only half-joking. “[With Meisner], you just deal with the circumstances that are in the script.” He remembers producing the 1990 film White Palace with Sidney Pollack, a fellow Meisner alum and Jack of all trades, as an extremely gratifying experience. “I learned more watching him talk to [the film’s] writer than I learned listening to writers talk about writing. The way he was able to break down what a moment is about, what the scene is about, what the character is thinking, where to place the actor… it was riveting to watch.”

After directing such a personal documentary, Dunne says he can’t wait to go back to fiction and already has several projects lined up. Most exciting is a present-day TV adaptation of After Hours, in which technology becomes the obstacle and the night lasts a whole season, with a new hero – or heroine – and a different city for each season (he promises to give himself a cameo). He’s also adapting the popular New York Times column ‘The Ethicist’, in which a failed stand-up comedian gives ethical advice to readers. Add to the mix a secret project he can’t talk about (“It would totally jinx it!”) and an acting gig due to start filming in Mexico this month, and it’s clear that Dunne has no plans to settle any time soon. “I don’t want to if I don’t have to!”

Joan Didion: The Center Will Not Hold is available on Netflix now.