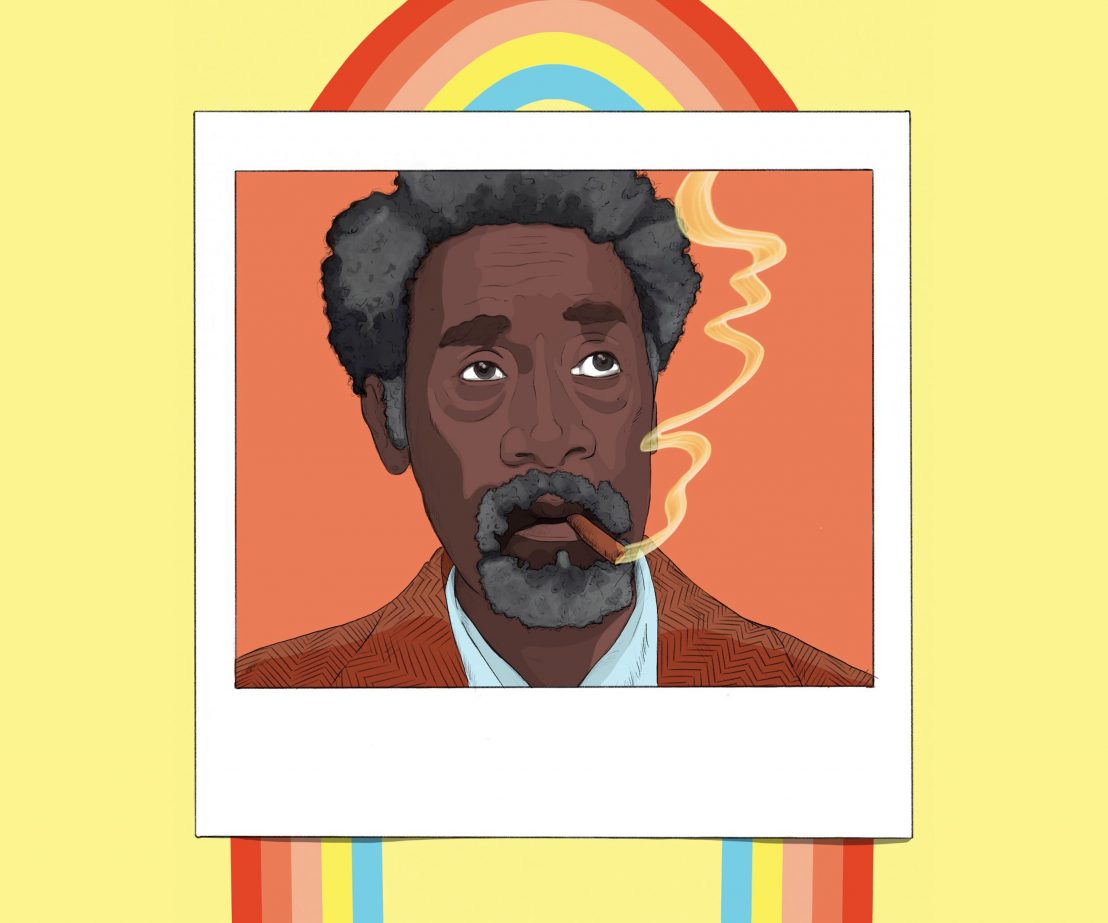 The veteran actor, musician and director speaks about his role in Noah Baumbach's White Noise, and what his long tenure in Hollywood has taught him about the world.

Don Cheadle’s career has all the unpredictability and idiosyncrasy that befits his foundation in jazz. In his 40 years as a performer, he’s done everything from award-winning biopics; to socially conscious documentaries; to Marvel superheroes.

Throughout it all he grounds his performances in an old-school gravitas and uses his platform to speak about his values, be it stopping African genocides or protecting trans children. In Noah Baumbach’s White Noise, he plays Professor Murray Siskind, who faces an “Airborne Toxic Event” while hoping to become the foremost authority of Elvis. We spoke to him about imposter syndrome, the business of Hollywood, and doomsday prep.

LWLies: When you started out did you have a picture for the career you wanted to have ahead of you?

Don Cheadle: No, in high school I spent extracurricular time between theatre, and I was pretty heavily into the jazz band, and I played, and I sang in a city-wide band. When I graduated from high school, it was kind of a toss-up between pursuing acting and pursuing jazz. And I made a weather choice and moved in with California. But it was also about what I thought I was going to really commit to and be able to do at a higher level and music at that time was just a little further out of my reach.

So, I accepted a scholarship to The California Institute of The Arts and studied theatre and started working my junior year and that was kind of it. After Devil in a Blue Dress, and that year I did five movies and I started thinking I could cobble something together that will look like a career. But it was always peppered with doubt. I remember calling my mom at one of those points and she said, “You’ve been talking about wanting to be an actor for a long, long time and I don’t know that you should just give it up right now. Think about the regrets that you will have.” My mom was kind of a frustrated performer who had never really pursued that, and she knew you don’t want to be sitting it around thinking “If only I hadn’t quit.”

From that point were there roles that you look back on as being pivotal?

It just always feels like a house built on sand. I never felt like I “made it”. Some people would say it would be Devil in a Blue Dress. Some people would say it was Hotel Rwanda, or the Ocean’s franchise or the Marvel franchise. But the experience from the inside is there’s always this feeling of needing to hustle a little bit. I’m not trying to be coy or falsely modest or anything, but it’s a neurotic business and I don’t always play the game.

When I graduated, I would leave and go do theatre during pilot season because I’d get to do Shakespeare or Fugard. But it didn’t make any sense for the business because you’re supposed to hang around and try to get a pilot. So, I always had a counterintuitive thing with me and the “business” I was following things that I had a passion for but conversely that meant always wondering if you’re in the right career path. It’s only until very recently that I’ve been like… I’m probably gonna be okay.

Do the blockbusters facilitate passion projects like starring and directing in Miles Ahead?

There’s an idea of “one for them, one for me.” But it’s still about does this speak to me or not? And will it come together? The first day of Hotel Rwanda my agent called me at lunch and goes, “I just want to let you know there’s no money in escrow for this movie so I can send you a ticket home.” But I was in South Africa and my kids are in school and we’d moved into a house. The producer floated the movie on credit cards for two weeks until the money started again. So even when you think it’s happening like, it may not be happening.

When it comes to directing again, does that unpredictability put you off?

It’s very stressful and it absolutely factors into your decision making. More often than not, it’s not going to “work”. It’s rare that all the pieces line up and something that is really good, and people see it and you’re proud of it, chances are much higher that it doesn’t do that.

I’m always so amazed by hearing about that level of unpredictability in this giant industry.

Yeah. It’s wild. It’s a very risk-averse business, everyone’s looking for an excuse to say no to something. They’re not looking for a reason to say yes because that could mean you lose your head. Everybody is fireable in this business.

Hotel Rwanda aside, there’s a clear thread of social conscience in your work. Where do you view the role of activism in art?

I think we’re very privileged to have the opportunity for people to like in this interview, to be asked what we think. The job that we do requires us to promote and talk to the press and media and garner a certain amount of attention based on what we’re doing so I want to use that in accordance with my values. 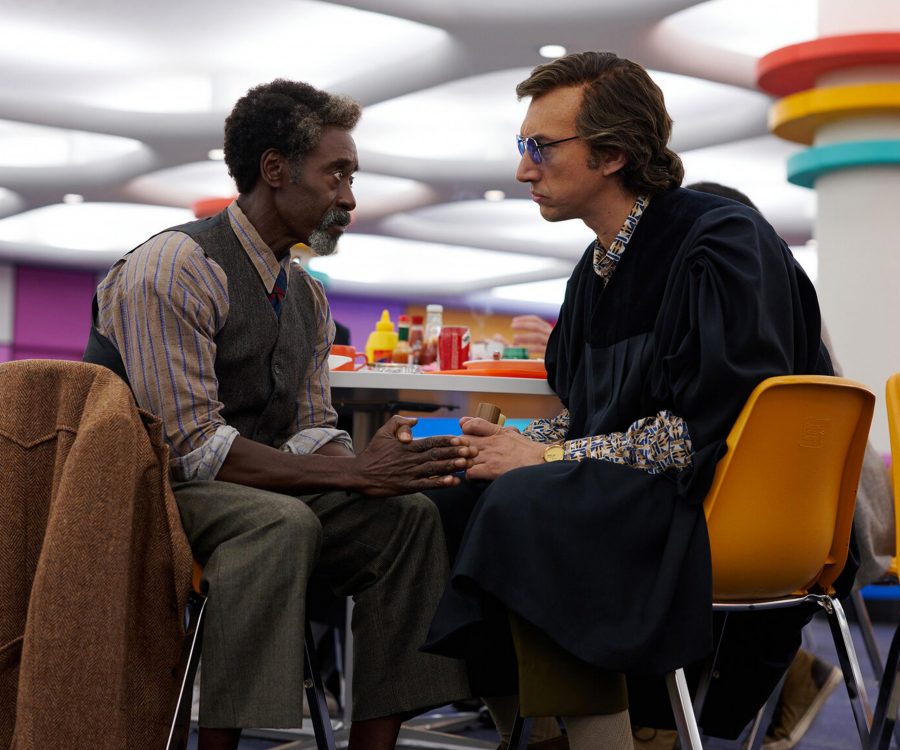 I found myself thinking about Hotel Rwanda during White Noise, there’s a similar question of in a crisis, would you become the hero, or would you flail?

I think you do both, right? You flail and you see sometimes that you’ve got that hero in you. In Hotel Rwanda Paul wasn’t thinking of trying to be a hero. I love that in the beginning he’s just trying to keep his job. It was very personal and then it became something bigger. And who is a hero in White Noise? The same person who saves their family might also try to kill somebody.

The very specific tone of the film is set with an introduction of Murray lecturing about car crashes in American cinema. What did you want to come across?

Murray is telling people how to process death, misery and violence and I thought it was a very interesting and funny take on what it is that we were about to see. He is sort of the MC and I think when you listen to the words, it’s true. It’s supposed to be devoid of the emotion of what it’s really supposed to be depicting and instead the car crash is a love letter to our ability to pull off spectacular things. It’s disjointed with the reality which makes a lot of sense in the movie where everyone’s trying to figure out their emotions. What is the impact of emotions when everybody’s disconnected from the feelings?

You spoke at the beginning about the role of music in your life, there’s a scene in the film where you and Adam Driver face off. of Hitler’s mother versus Elvis’s mother academic performance that to me seems so musical. Do you think your inherent musicality was key to that scene?

I had to trust Noah as that scene was ultimately put together with what Danny Elfman did with the music, the way that it was then cut with real footage, the way that it was all the post work that was done on it. We had no idea about how it would play when we were doing it. We could read the script and we knew there was gonna be some intercut between the train wreck, but all of that other footage, but we never heard the music for it and that’s what took that scene to another place.

The juxtaposition of those images between the Elvis crowds and the Nazis really made it scary and very rich. That’s the great thing about movies. You have the third opportunity to direct the movie again in the editing room.

It’s based on a 1985 book but really captured this current near-apocalypse atmosphere. Did that speak to how you’ve been feeling?

Yeah it’s cyclical, right? We have these times where we feel like we’re living in the best time. And then 10 years later it feels like the last days. We’re in a cold war again and Ukraine, climate change, covid, mid covid, long covid, and present covid. So, we’re right back in the sweet spot of what that movie was dealing with. I hope when people see it that they will feel that it’s a cool frame of reference for what they’re living through.

When you’ve done something that’s so much about confronting the fear of death, like White Noise, does that have any impact on your future plans?

Wait, you only just started stockpiling weapons?! You are years behind most of us.

I know I’m late to the game! I’m an American, I’m already supposed to have five AKs by now. But being serious, the piece rings that bell in a way that makes people introspective and thoughtful about it and come out of the other side not thinking we gotta like hit the mattresses and get ready to kill everybody. It asks you to start reflecting on what’s important and not in a dissimilar way than when the pandemic started. You start to prioritise and really think about how you want to spend your time and what matters. Time is the one commodity that you can’t buy. The movie made me think about that again, but not in a different way, just in another additive, just another brick in the wall. 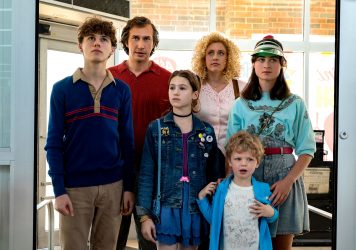 Adam Driver and Greta Gerwig reunite as a couple grappling with their fear of death in Noah Baumbach’s adaptation of Don DeLillo’s novel. 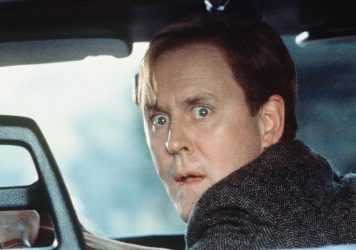