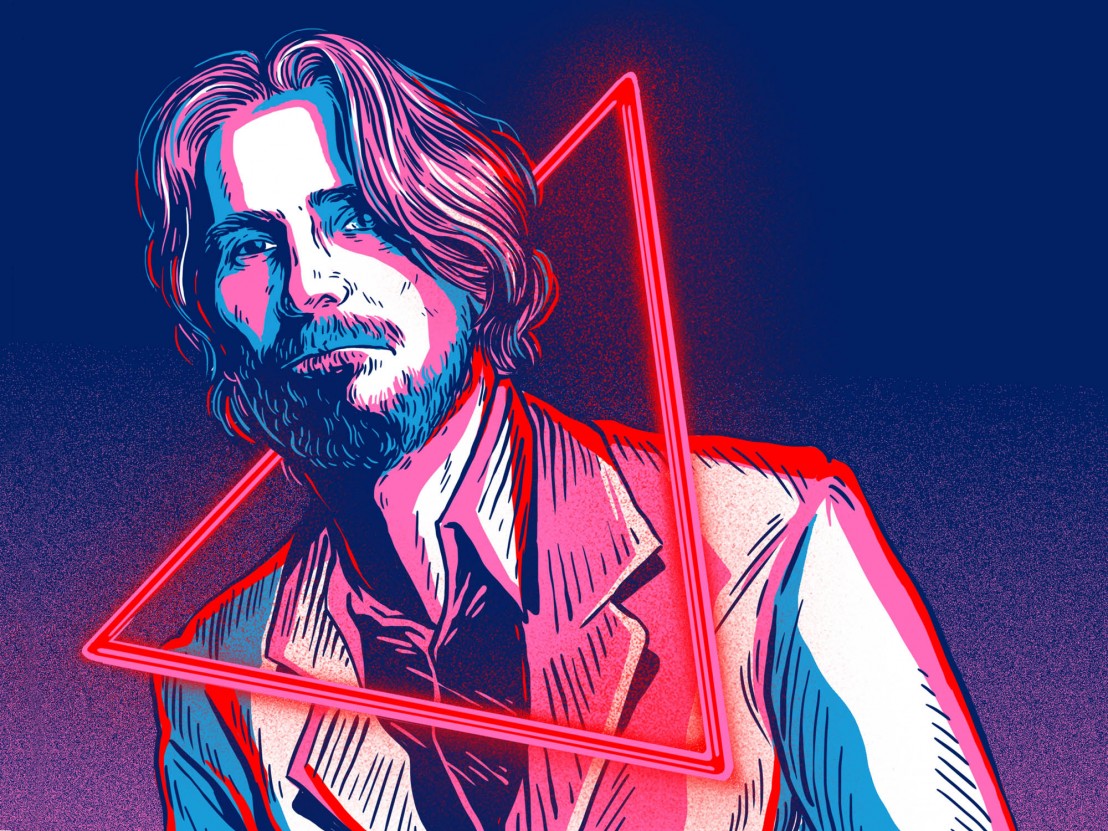 Christian Bale’s reputation has been fearsome ever since audio was leaked of him losing his shit at a crew member on the set of Terminator: Salvation. Call it The Malick Effect, or call it the volatility of being human, but the man we spoke to about his role in Knight of Cups was a complete gentleman who opened up with detail and ease.

LWLies: Knight of Cups takes place primarily in Los Angeles. How do you personally relate to how the city is depicted?

Bale: When I first went out to LA, I got invited to things and it just blew my mind. You thought, ‘I’ve never seen people like this, or didn’t know that anyone lived this way at all.’ To me, parties had been a case of hanging out under a motorway, smoke a few joints and smash a beer bottle. Suddenly, you’re at these amazing mansions and beach houses. I was in awe of it when I first came out. Then, after a while, I realised, yeah, it’s not for me.

What was your first conversation with Terrence Malick about this film?

We never had a formal conversation, like, ‘Christian, I would like you to play this particular character.’ We spoke about this project and other projects and ideas and, eventually, the character who became Rick. It developed slowly until, ‘Hey, let’s go do that one.’ We’d worked on The New World together where there was a script, even though he liked to go away from it a great deal. You could see that he was heading in this direction. He said to me that he wanted to do something where we would discuss character – really work that out properly – but there would never be a script. We would figure it out and discover it as we went. I imagine that he had a pure idea of what the story would hopefully be, but was very happy to see it change. I imagine that, naturally, through the way we shot this, by the end he had multiple films that he could have made. So it was a great surprise when I watched it, because I didn’t know exactly what it was going to be.

Does this freestyle approach mean that there’s no official start and end date?

Roughly, yeah. We actually moved very quickly. The motto was, ‘Start before we’re ready.’ I’d walk on set and the camera would be rolling already and I’d just go, ‘Alright, figure out what I’m doing.’ He’d have people coming at me. I didn’t know what they were going to say or do.

What happy accidents came from this technique?

When you don’t really know what you’re meant to be doing, you have that lost look on your face and you’re confused. But it’s good confusion. Or somebody else might not realise that this is the moment that they should start talking about something, so you don’t talk. Where there was meant to be a scene, where there was dialogue, it ended up being silent because the person didn’t realise that the camera was rolling. You get these happy accidents that end up being quite wonderful.

Was there anything from the shoot that you regret is not in the finished film?

I don’t remember. Terry’s a great destroyer of vanity. You might do something where normally you’d think, ‘Wow, man, I did a really good scene,’ then you’d look up and the camera’s looking over that way instead. You learn, ‘Right, just do it for yourself and then if he does decide to turn the camera around, don’t try to repeat what you just did. Alright, so it might not be as great, or dramatic, or memorable but, just keep it truthful.’ That was all that he ever looked for.

The language in the film is poetic and spiritual. Is that the way Malick talks when he directs?

He’s very comical. He’s very humorous, Terry. You wouldn’t be disappointed. He’s a wonderful conversationalist and has some wonderful insights and comments and a very different way of communicating. But then he also has a great silliness, like everyone should have. His sets are very conducive to feeling courageous to do whatever you feel like doing, and he’s very accepting of that. He really enjoys people. He likes hearing their ideas. He doesn’t just want to impose his own, which sometimes you get with directors.

Your character goes to the desert to sort out his life. Do you have any rituals for when you feel unsatisfied about something in your life?

I can be quite obsessive about things so starting with something really minute and studying and trying to understand it in a very small way. That relaxes me and then you can gradually open up and deal with bigger things and more people. And music. I listen to music a great deal when I’m feeling at a loose end. That’s always been very important to me. This film is more like music, or literature, than a film because there’s an openness to the interpretation of it, where you can feel very personally about it regardless of the intention of the creator. Some films are so structured that there’s no doubt about exactly what was intended and how you should feel. With this, I feel that you’re involved in the invention as an audience member.

How about the other Malick film [provisionally titled Weightless] that was shot around the same time?

Things happened and I wasn’t able to really be there. I only managed to do a couple of days, which means I won’t be in it!