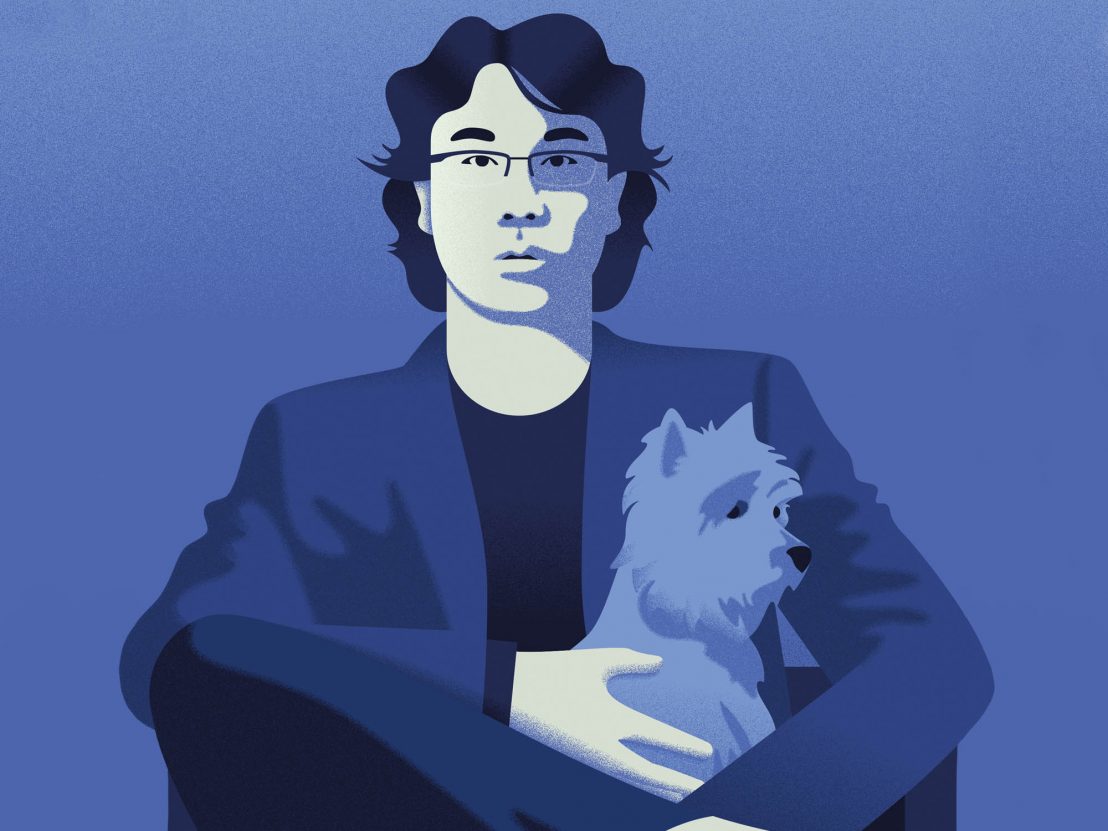 The apocalypse may one day arrive in the shape of giant monsters, natural disasters or our own readiness to press down on the nuclear hot button. The new movie by Korean director Bong Joon-ho, Okja, looks at a world in which food is in short supply, and ponders how our relationship with animals will alter.

It tells the story of a pig-like creature who is snatched from its young owner, Mija (Ahn Seo-hyun), by Lucy Mirando (Tilda Swinton), the head of a nefarious corporation. We spoke to Bong about political allegory, artistic collaboration, and whether he sees himself as the new Steven Spielberg.

LWLies: There’s a great quote by Quentin Tarantino who said that you’re like Spielberg in his prime – in that sense, is this your E.T.?

Bong: I’m not sure, but it’s a great honour for me to be described like that. E.T. is a terrific film but I’m more of a fan of Spielberg’s films from the ’70s, like Close Encounters, Jaws, Duel and The Sugarland Express.

What is the reason for having Okja centre on a child?

Is this central relationship based on anything from your own life?

I’ve never raised a lion or a hippo, or ever helped animals escape from a zoo. But, growing up, I had pets at home. Currently I have a dog. Just having a pet is its own special experience. The feeling that you share this pet and all the moments and details of that experience have fed into the film, but nothing beyond that.

Do you find that good monster movies have to be metaphorical to work?

My film The Host was probably more in the classic sci-fi mould. There’s definitely a lot of metaphor associated with the story. But for Okja, not so much. It’s based on what’s happening to us in real life, specifically regarding aspects of the food industry.

Read our review of Okja

The world at the moment is in a strange and scary state. Does that make it more difficult to make films which comment on reality?

I agree that sci-fi stories and real life are almost merging together. The news that we read often feels like fantasy. Okja, I think, is a reaction to the idea that how the fantastical stories we tell in cinema are more and more connected to this everyday reality.

Do you think with this film and Snowpiercer you’ve become a more explicitly political filmmaker?

I think Snowpiercer is more overtly political than Okja. In that film, the carriages of a train represent fragments of the class system. Okja is primarily a love story between Mija and Okja – the girl and the animal. The things that come between them and end up tearing them apart could be seen as the political element to the film.

Do you think it’s right for animals to be killed for the purposes of film?

Whether it’s violence against animals or people in films, the strength or weakness of the moment is, for me, less important than the why of it all. It depends on the themes and the content. And also the type of story the filmmaker is trying to tell.

When you made Snowpiercer, Tilda Swinton took a keen interest in the design and the ideas behind the movie. Was the dynamic similar here?

On this film, Tilda was involved from the very beginning. She was instrumental in the creation of her character Lucy Mirando. The world that we see is the background to the entire story. Even though she’s credited as a co-producer she’s much more than that. It’s a creative partnership that runs much deeper. We had many discussions about story and the character. But also we would converse about current events, like what was happening in South Korea, the US and the UK. Inevitably those discussions found their way into the story as a separate layer to the overall arc.

Can a director ever have complete creative control over a movie?

In general, it’s the job of a director to achieve creative control. Specifically with Okja, it wasn’t a small budget, but due to my partners and producers, I was able to attain the vision I set out to achieve. Even in the last stages of the editing, there were no conflicts. I was able to do what I thought was necessary to tell the story. I didn’t have the pressure to hit a certain certificate and I enjoyed the privilege of final cut. So yes, I had a good experience working on this film.

When is the moment that an idea becomes a movie?

When you know that you want to turn this idea in your head into something real. As far as coming up with a thought, or coming up with a concept, it’s an instantaneous process. You can move from no film to film within the space of a second. The time it takes to write the screenplay and then to prepare the film for photography, that’s obviously a lot longer. I like to take my time in pre-production. But convincing myself that an idea could blossom into a great film – that’s just a flash.

Okja is released in selected cinemas and on Netflix on 28 June, 2017. Read our review.