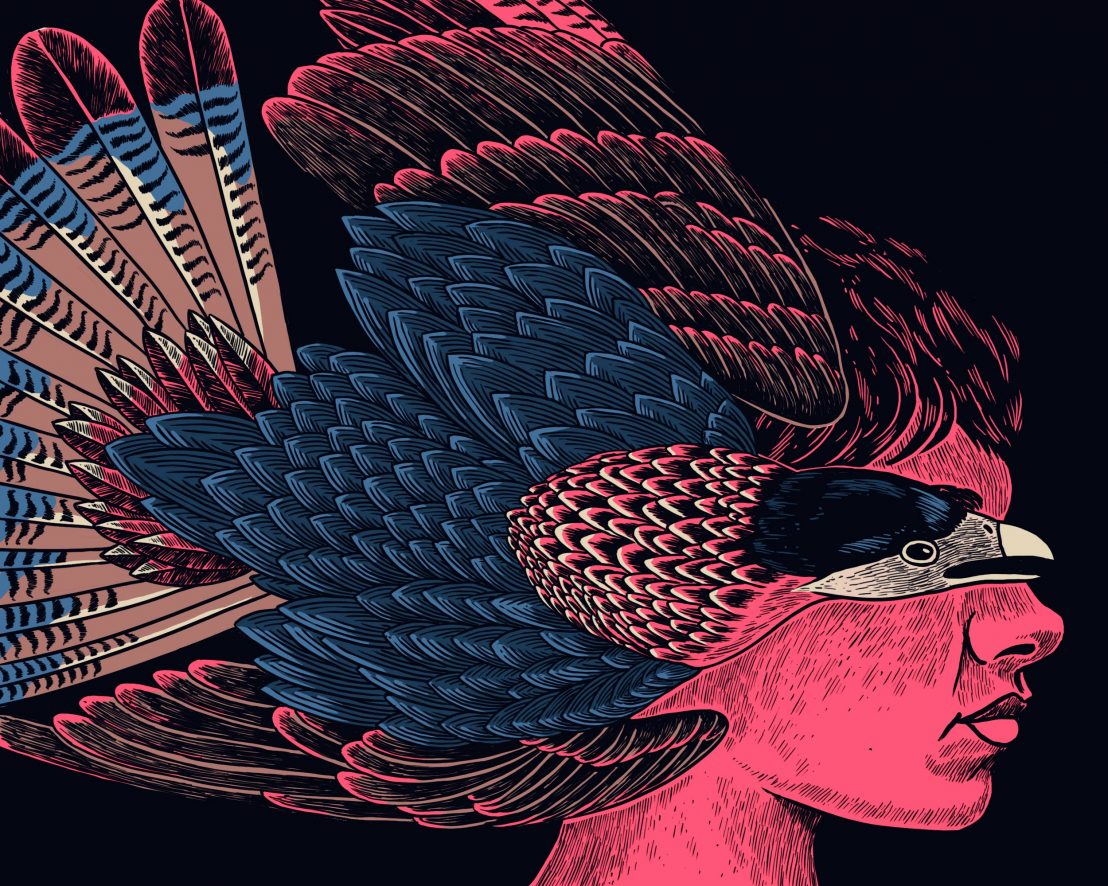 Few actors can say they’ve worked with the likes of Christopher Nolan and Yorgos Lanthimos before their 25th birthday, but Barry Keoghan is one such rising star. In Bart Layton’s heist drama American Animals, he plays Spencer Reinhard, an art student who hatches a plan to steal some of the most valuable books in the world from his university library. Here Keoghan tells us about

LWLies: Have you ever stolen anything?

Keoghan: Oh yeah. I still steal. The odd Mars bar and that. You know, it’s the temptation, isn’t it? Like, I just know I can take something and not be caught. But yeah, I’ve stolen as a kid many times, Jesus, but nothing on the scale of this film.

In the film your character talks about wanting to live through some kind of traumatic experience in order to make his art better. Do you buy into that?

I don’t think you should go and do what he did, but even as an actor, you know, I’ve been through a lot of shit. I’m not saying that’s good, but it’s why I think I’m doing this thing – this acting thing is an expression and I’m releasing an art form. And so I think, yeah, I do buy that, for sure.

I spoke to a director a while ago who described filmmaking as a kind of therapy.

So therapeutic. Therapeutic, but it also messes with your head. Like, if you’re constantly going through these emotions and fake feelings, it plays with your mind a lot. You get some serious weird dreams from it as well.

Were the dreams weirder with American Animals or with The Killing of a Sacred Deer?

Sacred Deer. They were just numb, which was weird. The bad dreams were actually the days on set, saying all that crazy dialogue. I find when you’re shooting a movie [like that] you’re tapping into so many areas of your brain.

Did you shoot American Animals straight after Sacred Deer?

Yeah. I did Dunkirk and Sacred Deer, then Black 47, then this. So four back to back, which was great.

Four films where your character has a pretty rough time of it.

I was on a roll. I don’t know what happened to me.

Was it a relief coming out of Sacred Deer to play a character who’s pretty normal?

Y’know, my aim is to play a different range of characters, not sticking to one genre or category. To kind of get that respect from people. ‘He can do anything!’ Apart from playing a fish. I can’t play a fish. But it’s all strategic, isn’t it? To play different characters. You wanna show people what you can do.

What was the preparation process for American Animals?

Given it’s a true story you’ve got lot to read on, but Bart didn’t let us hang out with the real lads, so we had to go off what was in the script. My main focus in every film is to be present, and give the feeling as an actor that it’s it’s the first time this is happening. It’s kind of same approach to every movie, this one was just a true story.

Did you end up watching a lot of crime documentaries?

I watch a lot of documentaries as it is. I love animal documentaries. Animals are a big thing for me. I watched one recently, The Hunt, on Netflix. But Bart Layton is a documentary master, isn’t he? Being in his hands, you know he’s gonna spot what the truth looks like.

How do you relate to a character like Spencer, who comes from quite a privileged background and then just decides to do something incredibly stupid?

That’s the question. Why would you, you know? I mean, he’s an artist – an incredible artist actually. But I could see from where he was that he wanted that crisis in his life.

American Animals doesn’t romanticise that crisis, or the idea of suffering. And heist movies, generally speaking, often present a romanticised version of reality.

Yeah, they all have this fantasised version, you know, whereas Bart really didn’t. He was really to-the-point and just put his documentary twist on it. It’s a lot different to a lot of heist movies I’ve seen.

Do you have any interest in working behind the camera?

Yeah, I’ve always been interested in the what the DoP’s doing. When I’m on a project I want to see the mood board, I wanna see the shots. So photography something I’d love to do. I wouldn’t go near the monitor – I trust my director – but I always want to see what the cameraman’s doing. That’s from working with Bart and Yorgos – Yorgos bought me a Nikon F2 and I started taking photos of my girlfriend, and now she uses it too.

You’ve been brought together by Yorgos.

Weirdly. He’s a god. But I’ve worked with all these great filmmakers, and they have such different styles. I’m creating my own stuff from taking bits and pieces from them. You know how they say to Yorgos, ‘You’re kind of Kubrick-ish’? I’m hoping in years to come they’ll say to me, ‘You’re kind of like Layton and Lanthimos.’

We all do! I’ve taken pieces from actors, you know, different kinds of things from them.

Who are the actors you look up to?

Leonardo DiCaprio. I know he’s everyone’s favourite, but this is before I had any clue about acting. The Basketball Diaries, for me, is incredible. Paul Newman, too. Cool Hand Luke. That’s my life lesson – play it cool, always. We all like to play it cool, right? And we all have a breaking point.

Have you had that breaking point yet?

I’ve had a few. But you always get up. You’re always trying to give off the impression that it’s all good. That’s why I think we’re all actors. When I go to the shop now I have a way of asking for something, or when I get in trouble, I have a way to get out of trouble. We’re all actors, most people don’t even know it. Even when I’m talking to different people – when I talk to you I’m ‘interview mode’. We can switch it on and off, it’s as simple as that. 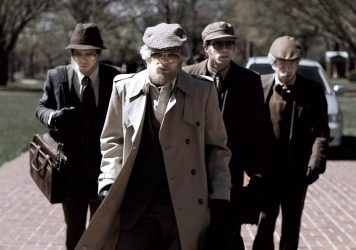